The new Cancer Drugs Fund: sticking plaster 2.0 or a model for the future?

A new, value-based Cancer Drugs Fund is set to be launched in England soon, but pharma companies fear it will be a step backwards for access to new cancer medicines. 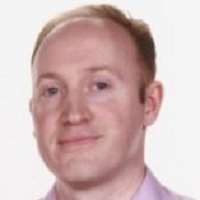 England’s National Health Service (NHS) is preparing to launch a novel way of reviewing new cancer drugs – a value-based approach increasingly being considered by healthcare systems around the world.

The country’s Cancer Drugs Fund (CDF) has been around since 2010 but, until now, this system has simply paid for drugs which NHS cost-effectiveness watchdog NICE had rejected.

The fund was criticised from many sides as being a ‘sticking plaster’ solution to problems with cancer drugs access in England. Even more importantly, ballooning expenditure meant budget holders, NHS England, wanted a new system, which can deliver value for money for the health service and patients.

Major departure
The new proposals are a major departure. NICE will prioritise the review of new cancer drugs, and accelerate access to the best new cancer treatments. The CDF will become a ‘managed access fund’ – this will give promising, but as yet unproven, drugs up to two years to prove their value for money. They will do this by generating extra data, including ‘real-world’ evidence. Significantly, NHS England is proposing a kind of ‘money back guarantee’: if a company’s drug fails to show value for money at the end of two years, it will be obliged to pay back the cost of treatment to the NHS.

Launching a 12-week consultation on the plans back in November, the chief executive of NHS England Simon Stevens delivered a frank message about the aim of the new system.

“Over the next five years we’re likely to see many new cancer drugs coming on to the worldwide market – some of which will be major therapeutic breakthroughs, and some of which will turn out to offer little extra patient benefit but at enormous cost,” he said.

Mr Stevens added that the new CDF was a way of “sorting out the wheat from the chaff” so patients in England get faster access to the genuinely most promising new treatments.

He concluded: “For those drug companies willing to price their products affordably while sharing transparent information about ‘real-world’ patient benefit, the new CDF will offer a new fast-track route to NHS funding.”

While this may sound like a progressive, nuanced system based on value that pharma could embrace, this is not the case.

Three companies in particular, Novartis, AstraZeneca (AZ) and Pfizer spoke out this week, ahead of yesterday’s deadline for comments on the new plans.

They say the proposals are badly flawed, with the managed access fund putting an unfair burden of risk on them. Moreover, they say problems with NICE’s drug appraisal methods have still not been addressed.

Erik Nordkamp, Pfizer UK’s Managing Director put it most strongly: “The cancer drugs fund proposals are unfortunately doomed to fail cancer patients. The proposed changes will not solve the fundamental problem of poor access to new cancer medicines unless we reform the way NICE assesses medicines.”

Pfizer cites analysis by the Office of Health Economics which suggests the new CDF could cut access to cancer medicines. The pharma-funded research organisation estimates that a maximum of 27% of current CDF medicines would have a chance of meeting the proposed entry criteria for the new CDF, whilst the majority would not be recommended (67%).

Industry association the ABPI has taken a measured tone but it, too, says the plans still need ‘significant revisions’ and echoed the calls for more change at NICE.

The key features of the proposed new CDF:

• NICE will normally issue draft guidance ahead of Marketing Authorisation

• NICE will make a recommendation falling into one of three categories:

– Recommended for routine use

– Not recommended for routine use

– Recommended for use within the CDF.

Commenting on the plans, AZ and Novartis have raised concerns about many elements of the proposed system.

“AstraZeneca supports accelerated patient access to new cancer therapies, one of the original objectives of the CDF. However, despite European approval of a number of truly breakthrough treatments over the last 18 months, patients have been denied access,” said Lisa Anson, Country President, AstraZeneca UK and Ireland.

“We welcome the proposal to use the CDF as part of a ‘managed access’ system while further data are gathered for review by NICE, but significant reform of the NICE methodology is fundamental for these treatments to have a realistic chance of eventually becoming readily available to NHS patients,” she stated.

On the money-back guarantee proposal, Novartis has made it clear that it believes this rule is unfair. It thinks that the ‘risk’ of a drug being a success or not in these patients should be shared between a pharma company and the NHS.

“Novartis believes that this is unreasonable and calls for a fairer balance of risk between the pharmaceutical industry and the NHS to maintain patient access to the widest possible range of treatment options.”

The shape of things to come

On one hand, these are radical and brave plans. By attempting to once-and-for-all end delays to patients accessing cancer medicines, and build in immediate funding for these drugs, NHS England is trying to eliminate layers of unnecessary regulatory bureaucracy.

On the other hand, there are plenty of obvious flaws and potential pitfalls. One of the clearest flaws is that cancer drugs will get priority treatment ahead of drugs for any other condition. A new drug for Alzheimer’s disease or diabetes, for example, won’t be given rapid appraisal and funding like this.

This is obviously unfair, and not in keeping with the principles of the NHS or NICE. This is also despite backing for a wider ‘new medicines fund’ – Novartis and pharma association the Ethical Medicines Industry Group (EMIG) are among those that have supported such an idea.

It is clear that NHS England wants to keep a better grip on costs. In the 2015/16 financial year ending in March, spending on the old CDF is expected to hit £410 million, taking it £70 million over its budget. It will be aiming to cut this overspend in the next financial year, so the bottom line is likely to be further squeezes on cancer drugs spending.

The new arrangements will also allow NHS England to negotiate on the price of each new cancer drug entering the system. Pharma will fear that NHS England will take this opportunity to drive down prices at launch.

NHS England says that there will be a cap on total CDF funding, and a cap on how much will be spent on any individual drug while in the managed access scheme CDF. AZ has spoken out in particular against a rule which says CDF funding won’t necessarily go to all eligible patients, but only a large enough number of patients in order to prove its cost effectiveness via real world data collection.

Pharma is expressing concerns about many more issues, including NICE’s capacity to take on an increased workload, and how drugs for rare cancers will be assessed.

Meanwhile, the apparent lack of co-ordination between the CDF consultation and the Accelerated Access Review (AAR) is hard to explain. The AAR covers very similar ground to the new CDF proposals, and aims to link together the current fragmented route to market for innovative drugs. The AAR is due to report in April, and it is difficult to see how the two sets of plans won’t tread on each other’s toes.

Despite some well-grounded fears from UK pharma, it is clear that value-based systems are the future direction for some, if not all, drugs in the future. A ‘money-back guarantee’ approach for cancer drugs is already in operation in Italy, and payers in the US are investigating similar approaches. Novartis has entered into a new ‘outcomes-based contract‘ with US health insurers for its new heart failure treatment Entresto.

NHS England has promised to have its new system up and running by 1 April this year, but this will be hard to achieve if it wants to resolve some of the concerns raised by pharma.

Teva: looking for innovation and growth in ‘space between’ branded and generics

NICE clears use of GSK’s Jemperli in endometrial cancer

Future prospects for an Innovative Medicines Fund for England