Just how much does Kadcyla cost in the UK? Roche tells Andrew McConaghie that inaccurate reports of its price have distorted the debate.

Just as US pharma is once again mired in controversy following the uproar around Martin Shkreli’s 5000 per cent price increase on generic Daraprim, protests against cancer drug prices in the UK have also just moved up a notch.

Yesterday saw a new campaign group call for the UK government to override the patent on Roche’s breast cancer drug Kadcyla if the company refuses to drop its price for the medicine.

The Coalition for Affordable T­DM1 points out that UK law does permit such a move – at least in theory – and says it is necessary to allow continued access to the drug, which is to be de-listed from NHS England’s Cancer Drugs Fund (CDF) from 4 November.

Writing an open letter to the health secretary Jeremy Hunt, the coalition of medicines access campaigners and clinicians calls for radical government intervention, either forcing Roche to lower prices or otherwise allow biosimilar versions of the drug to be produced. The signatories say the approach could also be used again for other high-cost drugs.

“We propose an approach that addresses the effects of a drug’s monopoly, when prices are unreasonable and/or unaffordable as a result,” the coalition states, demanding one which creates “a more sustainable model for innovation and access going forward, as the population of the UK ages, and medical science provides new hope for treating disease.”

Such calls for government intervention are practically unheard of in the UK, and suspending patents is an extreme measure rarely advocated in Europe. The government is yet to respond, but it is likely to dismiss these hard-line demands out of hand. Nevertheless, this does reflect growing concern about whether the NHS and other health systems can afford to pay high drug prices.

Yesterday also saw charity Breast Cancer Now launch a petition calling for Roche to lower the price of Kadcyla – another first, as UK patient organisations have been reluctant to lay all the blame at pharma’s door until now.

The real cost of Kadcyla

So just how expensive is Kadcyla? Despite all the controversy and debate about the drug, there is no agreement on how much it really costs the NHS – but Roche says the figure most frequently quoted in the media is wildly inflated.

In September last year NICE rejected Kadclya and criticised Roche for its price, which it estimated as £90,000 a year per patient.

Most media and commentators have used this figure, but Roche says NICE’s number is flawed. That’s because it assumes the average patient will have 15 months of treatment, but the pharma company says the more accurate figure is 9.6 months.

The company’s own cost estimate for the average treatment cost is £56,716, but says the confidential price cuts it offers to the Department of Health bring it down even further.

“That figure [£90,000] has been perpetuated by NICE but in reality Kadcyla costs less than half that, when you factor in all the discounts we give,” a spokesperson for the company told pharmaphorum.

Roche and other companies keep the exact size of their discounts secret, as other countries use UK prices as a benchmark to set their own prices. Nevertheless, Roche’s remarks suggest Kadcyla costs less than £45,000 per patient; not cheap, but half the cost quoted by NICE.

Meanwhile, the CDF uses an entirely different method for assessing the cost and cost effectiveness of drugs – arriving at a figure of just under £65,000. The Coalition for Affordable T­DM1 used the same figures, but somehow came up with a sum of £102,405 for a year’s treatment.

A spokesperson for Roche said the company had battled in vain to correct inaccurate reports of the drug’s cost; Breast Cancer Now’s petition says the cost for a year’s treatment is £70,000.

It’s obviously hard to have a rational debate when there’s no agreement on what Kadcyla and other similar drugs cost: two parallel but very different approaches by NICE and the CDF, plus Roche and other pharma companies insisting on keeping discounts confidential being the biggest factors to blame for this.

Even assuming Roche’s figures are the most accurate, the drug is expensive, given that it can only add a few months to the end of a patient’s life, rather than provide a cure.

Clinical trials show the drug adds an average of six months of extra, good quality life, though there are some women who have had their lives extended by years thanks to Kadcyla.

Roche says NICE’s cost-effectiveness models are too inflexible, pointing out that applying the same test to statins for heart disease and to end-of-life cancer drugs doesn’t make sense.

There is also some hope that the ongoing Accelerated Access Review can help join up the UK’s fragmented system, with perhaps some reform of NICE to allow it greater flexibility in its decision-making.

What now looks certain is that the confusing twin-track approach of NICE and the CDF will end in April 2016, the Fund becoming a ‘managed access fund’ overseen by NICE.

This will involve rapid access for patients at launch, but with companies given a limited time to produce robust data (through trials and NHS-generated real-world evidence) that a drug is cost effective, or otherwise face a de-listing.

This will resolve some long-standing contradictions in the system: Kadcyla was judged not cost effective by NICE, but passed by the CDF. Similarly, NICE ruled that Roche’s other breast cancer drug Perjeta could never be judged cost effective, even if it were offered to the NHS for free. This is despite it extending lives by a very significant 16 months. In contrast, the CDF ruled that this data makes Perjeta highly cost effective, and it escaped any demands for price cuts in the latest round of de-listing.

Roche says it has nevertheless included Perjeta in a package of £15 million savings across its portfolio in order to keep Kadcyla on the CDF. However this offer was rejected.

Can pharma change the broken record?

There is no doubt that pharma in the US and Europe is currently losing the argument on drug prices. The outrage against Martin Shkreli looks like it could be a tipping point in the US, even though his tactic involves hiking up the cost of an off-patent drug rather than developing an innovative new drug.

In Europe, EFPIA Director General Richard Bergström has sought to distance its members from Martin Shkreli, saying ‘vultures’ like him who prayed on weaknesses in the generics market were worlds apart from innovation-led companies who invest billions in risky R&D.

However this distinction – much like the difference between £90,000 and £45,000 – is a detail hard to communicate to a sceptical populous.

Roche UK’s spokesperson confided that the UK company feared it was like a ‘broken record’ unable to break out of arguments on price and value in which all sides have become entrenched. She said the firm was looking at ways of shedding its ‘Big Bad Pharma’ image, but conceded that there were no easy answers.

The spokesperson also expressed some envy at the admiration Apple gets for its innovation – often incremental – as well as the public’s acceptance of having to pay a premium for the tech giant’s products.

“We’ve never been a me-too company, we focus on developing life-changing medicines, and we need to sustain that pipeline with profits.” 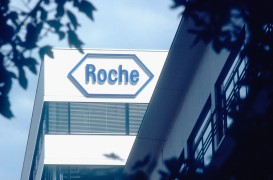 Roche is one of the most profitable companies in the world

Those profits hit 9.5 billion Swiss francs ($10.5 billion) in 2014, making Roche one of the most profitable firms in the world (though far behind Apple’s lead with $39.5 billion), leaving it open to allegations of excessive focus on shareholder value.

“We aren’t going to advance science with me-toos, and we won’t do anyone any favours if we keep agreeing to price cut after price cut.”

Roche says the situation is particularly bleak in the UK, as access to new drugs is still lagging behind the rest of Western Europe, where Kadclya and Perjeta are priced similarly to the UK.

The CDF cuts haven’t escaped the attention of Roche’s chief executive Severin Schwan: after the de-listings were announced, he lashed out, calling them ‘stupid’ and saying the UK had a ‘fundamental flaw’ in its medicines pricing policy.

Whether this more emotional response from pharma can help its argument to be heard is not clear, but it is certain that the industry in the UK, Europe and the US has some major battles on price ahead.

Clinton ad keeps drug pricing – and Shkreli – in the spotlight