Andrew McConaghie reports on a newly-launched plan to speed up access to groundbreaking new medicines in Europe.

Europe’s medicines regulator on Monday launched PRIME, a new initiative to help get the most promising new drugs to patients faster.

The European Medicines Agency’s PRIME (PRIority MEdicines) initiative is a clear attempt to match the US FDA’s Breakthrough Therapy Designation, which has been in place since 2012 and has contributed to a significant shortening of average approval times.

Two high-profile examples of the gulf opening up between some US and European approval times are the groundbreaking immunotherapy cancer treatments, Merck’s Keytruda and Bristol-Myers Squibb’s Opdivo.

Keytruda gained its first global approval through the FDA’s breakthrough route in September 2014, but didn’t reach European patients until July 2015, a gap of 10 months.

Its rival Opdivo gained its first global approval in Japan in July 2014, but took until June 2015 before it was granted EU authorisation – even though this was through an existing accelerated assessment system.

The Breakthrough Therapy Designation hasn’t been without its detractors: there has also been a backlash from some doctors and health economists who have questioned the impact of the accelerated approval. They say the FDA’s ‘breakthrougth’ stamp of approval allows firms to hype their drugs and enforce high prices without a substantial body of evidence.

Nevertheless, it is clear that Europe doesn’t want to be left behind; there is a consensus that a shift towards greater industry-regulator dialogue is the best way to handle the explosion of new science driving medicines innovation.

The EMA says the scheme will offer “early, proactive and enhanced support” to medicine developers to help accelerate the process. This means not just speeding up its own regulatory processes, but offering early and ongoing scientific advice and dialogue with pharma and biotech about clinical development, and how to generate robust data to maximise a drug’s chances of approval.

In other words, PRIME seeks to cut development times as well as regulatory approval times – very similar to the FDA approach, which has been so popular with patient groups and pharma. 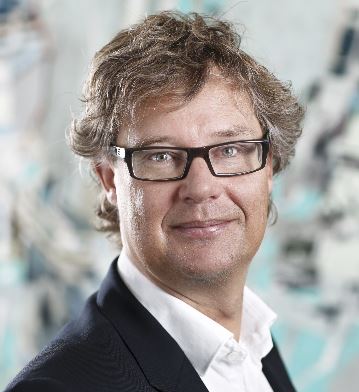 “We want to ensure that breakthroughs in medicines reach patients quicker,” says Dr Tomas Salmonson, Chair of the Committee for Medicinal Products for Human Use (CHMP). “By strengthening collaboration between the scientific committees, and by gaining and sharing knowledge on the medicine throughout the development, we will not only accelerate patients’ access but also ensure an efficient use of available resources.”

The EMA says companies seeking PRIME status need to demonstrate a ‘convincing scientific concept’ and the magnitude of the observed effect in non-clinical studies should be supported by indicators of acceptable/proportionate safety in clinical studies.

It adds: “Overall, the results of the non-clinical and early clinical studies should be extremely compelling to outweigh the many remaining uncertainties at this early stage of development.”

Vytenis Andriukaitis, EU Commissioner for Health and Food Safety, said PRIME would be a ‘major step forward’ for patients and their families hoping for earlier access to new drugs in areas of unmet need such as rare cancers and dementia.

He added that its enhanced scientific support could also help accelerate the development and authorisation of new classes of antibiotics or their alternatives, in response to the growing problem of antimicrobial resistance.

“Patients with no or insufficient treatments could then benefit from scientific progress and cutting edge medicines as soon as possible.”

The FDA has granted more than 110 such breakthrough designations over the past four years, approving 30 drugs in the programme so far.

This helped boost the number of new drug approvals in 2015 to reach its second highest level ever – 44 new molecular entities (NMEs). Of these, 31 were approved in the US first and eight (18%) went through the breakthrough route.

The FDA has made sure that the criteria for its breakthrough designation remains tight – 181 requests for the status have been denied so far, and the EMA is likely to maintain a similarly strict control.

Responding to the launch of PRIME, Europe’s pharma industry organisation EFPIA said it welcomed the initiative, including detailed guidance on what will be expected of companies submitting drugs.

EFPIA said it was also pleased that the EMA has taken on board ‘some of the feedback’ provided by industry during its consultations on the plans, such as allowing companies flexibility in the format of presentation of redacted clinical study reports.

A spokesman for the organisation said: “As is acknowledged in the guidance, this is a new undertaking: the initial operational implementation will be a learning process, so we can expect that challenges and questions will arise. We look forward continued co-operation with the EMA to ensure that their policy is implemented in the most efficient manner.”

PRIME will run in parallel with another EMA project, with strong similarities. ADAPT SMART (Accelerated Development of Appropriate Patient Therapies: a Sustainable, Multi-stakeholder Approach from Research to Treatment-outcomes).

This initiative brings together the regulator, industry, patients and payers to try to create ‘Medicines Adaptive Pathways to Patients’ (MAPPs), also aiming to bring priority medicines to patients faster.

There is one clear difference between the US and EU: Europe is keen to also include health technology assessment into this earlier dialogue, as pricing and reimbursement discussions frequently delay access to drugs once they are approved in Europe.

In the ADAPT SMART programme, payers have insisted that health economics, and the question of affordability of medicines, must be included in the dialogue about new medicines as early as possible. Europe’s pharma industry agrees on this score, and has recommended a similar approach for PRIME.

“As we consider how to expedite access in areas of unmet need, it is becoming clear that the sooner we bring key healthcare decision makers to the table, the better our chances of getting much-needed new treatments to patients sooner.”

It is clear that pricing and reimbursement are equally important as regulatory hold-ups in Europe, if not more so. However national governments continue to hold on to these decisions, making it very unlikely that a single EU approach will emerge.