Facing opposition and delay to healthcare reform in Congress, Trump aims to pass an executive order to address drug pricing – but it contains the now familiar contradictions

Donald Trump is understood to be preparing an executive order to tackle drug prices – but leaked details suggest it is far more pharma-friendly than originally thought.

The rumours have led to a major rally in pharma shares, and the biotech index has had its best three day performance since Trump won the election in November.

Trump had previously gone on record as saying that industry is “getting away with murder” with high prices, but contrasting pro-industry moves have made his drug pricing policy incoherent.

Trump has reportedly set up a “Drug Pricing and Innovation Working Group” containing many people who have close ties to industry.

Brian Skorney, an analyst at Robert W Baird & Co told Bloomberg that Trump’s focus will be “removing barriers to entry rather than a direct attack on pricing.”

Ideas from the working group have already made it into a draft executive order, and cover a wide range of novel  approaches to tackling pricing issues – some looking far less workable than others.

The plans are said to include efforts to promote competition in the US market, and value-based agreements.

However because these policy ideas have been supported by pharma – or even suggested by them in the first place – critics are sceptical that they would bring about lower prices.

Another proposal is said to be using US Treasury bonds as an alternative payment method for high cost drugs, especially those whose benefits will pay off over a long period.

The plans also include the idea of extending the patent life of drugs in foreign markets, a move intended to allow the rest of the world to produce a greater share of pharma’s profits.

The perception is that US customers pay more to compensate for price controls elsewhere in the world.  However making this reality looks far-fetched for the Trump administration, as it would require brokering a complex multinational deal.

Trump abandoned the Trans-Pacific Partnership earlier this year, and there are no signs of progress on a replacement.

And another policy described as a “head scratcher” by one expert would relax a rule where the drug industry gives discounts to hospitals and clinics that serve large numbers of low-income patients.

Industry has complained the programme is being abused, while hospitals say they would have to cut services without it. 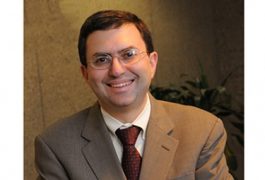 Dr Joshua Sharfstein, a professor at Johns Hopkins Bloomberg School of Public Health, a top FDA official under president Obama, said: “This is the executive order to lower drug prices – why would you put in a provision that would raise drug prices?”

Trump had previously promised to tackle the core issue around US pricing, which is that the federal government and its agencies are blocked from control medicines prices.

He had pledged to allow the federal programme Medicare to use its bargaining power to negotiate prices, a move that would bring the US into line with most other countries.  However Trump has signalled that he won’t be considering this option – cue audible sighs of relief from pharma industry leaders.

While this would be anathema to pharma, a recent Kaiser poll showed most of the US public would support such as move.  A full 92% supported allowing Medicare to negotiate with pharma, with 87% also in favour of making generic drug launches easier.

The White House has deemed the executive order necessary, as it is in a hurry to act on Trump’s promises of change.  Trump is also looking to circumvent Congress, where the Republican’s American Health Care Act will be returning to the Senate, but is likely to face intense scrutiny and opposition.

However, as with other hastily signed executive orders coming out of the White House, any such measures will have limited impact.

Experts insist that to bring about major change require legislation. But as with the healthcare reform, Trump cannot necessarily rely on Republicans to back any drug pricing proposals.

Some have predicted that the Republican’s American Health Care Act could be passed by the Senate before the 4th of July summer recess – but deep ideological divisions within the party will have to be resolved first.

The legislation has been made more palatable by delaying some of the more controversial aspects, such as delaying cuts to Medicaid until after state governor elections next year.