Pharma gets social: Pfizer and AstraZeneca in pharma’s biggest ever social media explosion?

Daniel Ghinn explores the buzz of social media around the Pfizer / AstraZeneca news story. The huge volume of social media activity around the story, as it has been breaking, has begun to influence the story itself – Daniel discusses here in his latest ‘Pharma gets social’ article.

Social media activity around Pfizer and AstraZeneca has exploded in recent weeks since Pfizer announced its intention to combine with AstraZeneca in what has been widely hailed as a deal that, if it happens, would be the biggest ever takeover of a UK firm.

This is arguably also the biggest social media event to take place for either company. By 9pm on May 13th, 2014, over 295,000 posts, Tweets and comments in social media1 about Pfizer and AstraZeneca have been published in just over two weeks since Pfizer’s first official announcement about the story on April 28th. That’s an increase of more than 150% compared with the 114,000 posts comprising the ‘normal’ volume of conversation about the companies that took place during the preceding fortnight.

“This is arguably also the biggest social media event to take place for either company.”

Activity reached a peak on Tuesday May 13th, when the UK Government’s Business Select Committee met and UK Members of Parliament (MPs) questioned both Ian Read and AstraZeneca’s Chief Executive Pascal Soriot. The hearing was streamed live online by the BBC and stimulated a stream of commentary from public and journalists alike. 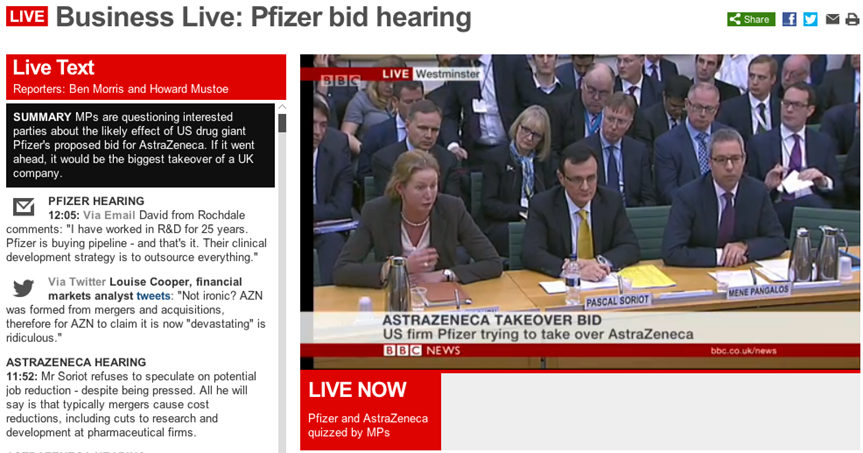 Figure 2: Social media posts per hour mentioning Pfizer or AstraZeneca peaked at almost 3,700 mentions per hour on May 2nd.

A brief look at the hourly rate of social media posts about the two companies shows bursts of activity around key events as the story has unfolded. Some of the activity highlights shown in the chart above include:

• May 02 – Pfizer increases offer to £50 per share, and publishes letter from Ian Read to UK Prime Minister David Cameron.

• May 04 – Labour calls for enquiry into Pfizer bid for AstraZeneca.

• May 06 – AstraZeneca responds to Pfizer’s bid by issuing update on strategy to deliver value to shareholders.

“Social media posts per hour mentioning Pfizer or AstraZeneca peaked at almost 3,700 mentions per hour on May 2nd.”

A cautious approach to engagement

While the two companies have used traditional PR and communications channels to share their perspectives, neither has taken an active role in social media on the topic, preferring perhaps to avoid the inevitable public engagement that would take place if they did so.

Pfizer, for example, is taking a cautious approach to its digital content around the story, publishing only where it is able to control content rather than sharing via social media. Its social media news channels such as @pfizer_news on Twitter, or the PfizerNews channel on YouTube, have remained silent on the story.

Earlier this year, Pfizer’s CEO Ian Read joined LinkedIn’s Influencer Program, a group of what LinkedIn describes as “…the most influential thought leaders on LinkedIn… sharing unique knowledge and professional insights”, whose members include President Barrack Obama and Richard Branson. Mr Read’s first post was published in February this year, and has since attracted over 140 comments.

Mr Read has not yet chosen to use LinkedIn to post directly about Pfizer’s plans to acquire AstraZeneca but his comments have instead been channelled online through more traditional platforms. At the start of May he wrote to UK Prime Minister David Cameron in a letter published on Pfizer’s website, in response to UK Government concerns. A week later, Mr Read appeared in a series of four videos posted by Pfizer on its news website, explaining the company’s case and motivation for a combination with AstraZeneca.

“Pfizer, for example, is taking a cautious approach to its digital content around the story, publishing only where it is able to control content rather than sharing via social media.”

AstraZeneca has also used traditional digital communications channels and avoided direct public engagement via social media. On May 13th, it published a brief statement on the media section of its website, ahead of the Business Select Committee hearing.

Whereas the two companies are shying away from social media engagement around the story, other stakeholders have been bolder. Ed Miliband, Leader of the Opposition in the UK, has tweeted four times about the Pfizer / AstraZeneca story. “The Prime Minister is cheerleading for Pfizer’s bid for AstraZeneca rather than championing British science and industry. #PMQs”, he tweeted immediately after Prime Minister’s Questions on 7th May.

In another conversation, a doctor responded to Kevin Maguire, Associate Editor at the Mirror newspaper, questioning the public interest motive behind political intervention between Pfizer and AstraZeneca: “which company do cabinet and family have shares in? Pfizer or [AstraZeneca]? Think we should be told”, she Tweeted.

Social media is being used to voice consumer views too – one individual has created an online petition to UK Business Secretary Vince Cable MP, urging him to block the sale of AstraZeneca to Pfizer.

Figure 3: A petition site launched by one UK consumer asks the UK Business Secretary to block the takeover of AstraZeneca. Source: 38Degrees.

As the story continues to develop, it will be told not only in the official statements of both companies and the mainstream media reporting, but also in the hundreds of thousands of tweets, blog posts, updates and comments made by ordinary people and key influencers and lawmakers. This social media conversation has the power not only to tell the story in real-time, blow-by-blow detail, but perhaps even to play a role in shaping it.

Daniel Ghinn is CEO of Creation Healthcare, the engagement strategy consultancy to the global healthcare industry with a special interest in the digital behaviours of health stakeholders. He and his team advise over 40% of the world’s largest pharmaceutical companies. Daniel Tweets at @EngagementStrat.

Have your say: Is social media beginning to shape and influence news stories as they break?