Pharma gets social: Novartis has content, but no engagement

In his latest article, Daniel Ghinn takes a look at Novartis’ social media channels and questions whether there is a missed opportunity for the pharma company as it is not using these channels to engage with its users, just to broadcast information.

(Continued from “Pharma gets social: Sanofi engages the diabetes online community via Twitter“)

I was recently browsing the excellent photo collection published by Novartis on its Flickr photostream. The company has published over 300 high quality photos, providing a beautiful set of images that portrays Novartis’ interests in the environment, malaria, vaccines, patients, and Novartis itself – its history, locations and staff.

A rarely exploited platform for pharma

Among social media platforms available to pharmaceutical companies to engage stakeholders, relatively few pharma companies have yet fully exploited social sharing platform Flickr. Examples of those who have embraced the platform’s collaborative community include Pfizer in its ‘Can You Feel My Pain’ initiative of 2011. The initiative represented a first among pharma when it encouraged Flickr users to share their experiences of living with chronic pain by posting photos and comments to a group. As Ruth Wilson, then Pfizer’s Team Leader, Patient Relationship Management, said at the time, “In Pfizer, we’d never done anything quite like it.”

My experience of Novartis’ Flickr photostream is entirely different, however. Whilst Pfizer’s 2011 Flickr initiative was a platform for the company’s stakeholders to engage with each other and Pfizer, Novartis clearly has a different intent. And this illustrates the diversity of social media: it is not a question of whether to ‘be’ on Flickr, Facebook or YouTube, but rather the purpose behind being there. 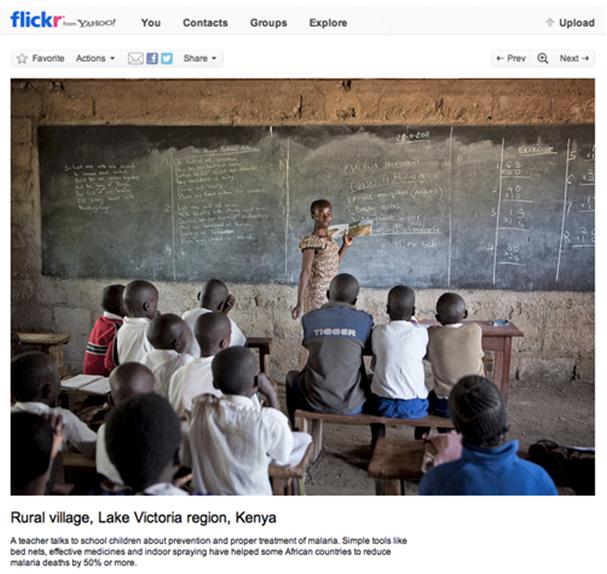 For Novartis, the message is highly controlled. If in the past, pharma communication was a one-way dialogue via glossy brochures with little opportunity for stakeholders to respond, the digital age of healthcare engagement appears to have bypassed Novartis, at least as far as its corporate communications activities go. For this company, Flickr appears to be no more than another platform for one-way broadcasting of corporate messages.

To be fair, Flickr is still reasonably adventurous territory for pharma, so perhaps a look at another of Novartis’ corporate social media channels will reveal a more engaging approach. Earlier this year, I wrote about pharma’s use of Twitter for corporate communications and I highlighted Novartis as the most influential major pharma on Twitter worldwide. This is because Novartis has a diverse range of stakeholders responding to its tweets, and at the time, the second-most followed of all major pharma Twitter accounts in the world with over 30,000 followers.

All of this indicates that people are interested in hearing what Novartis has to say on Twitter; and they are also responding to that with retweets or replies. So is Novartis perhaps using Twitter as a channel for engaging these interested and loyal stakeholders?

Sadly the short answer is no. With over 38,000 followers on Twitter, Novartis follows back only 9 other users, including Novartis Oncology’s careers account, @NVSOncoCareers.

And despite over 600 tweets posted by Novartis since the beginning of 2013, only three mention or respond to one other Twitter user, @MalariaNoMore. In fact, the tweets are not so much a response as a mention of Malaria No More in Novartis’ announcement by tweet that “#Novartis is working in partnership with @MalariaNoMore to defeat #malaria“. Yet during the same period, other Twitter users sent open messages or mentions to @Novartis around 250 times, none of which received any open response.

Compare this to the Twitter accounts of Boehringer Ingelheim (@boehringer) or GlaxoSmithKline (@GSK), which frequently reach out to or respond to individuals and play an active role in engaging members of the online community, and it is clear that even with a platform as potentially social as Twitter, Novartis is simply broadcasting.

The pharma pioneers of social media were engaging patients, doctors and other stakeholders via video on YouTube as long ago as 2008, when Johnson & Johnson launched its J&J Health Channel. To date, the channel has achieved over 6.5 million views, and provides a platform for engagement not only between Johnson & Johnson and its stakeholders but for those stakeholders to engage with each other around a topic stimulated by a video.

“It’s an open forum, except for inappropriate or off-topic comments,” said Rob Halper, Director of Video Communication for the Johnson & Johnson when I interviewed him as far back as 2010. Indeed, today the five most popular videos on the J&J Health Channel have received between them almost 3,000 comments and been viewed almost 2 million times.

“…it is clear that even with a platform as potentially social as Twitter, Novartis is simply broadcasting.”

Novartis, too, has its own YouTube channel, having joined YouTube in 2009. With over half a million video views, its content has been widely broadcast and watched. Recent examples of videos posted on the channel include ‘Straight Talk Cushing’s’, posted on 4th April 2013 and already viewed over 900 times. Here, surely, is an opportunity for some straight talking with the company. 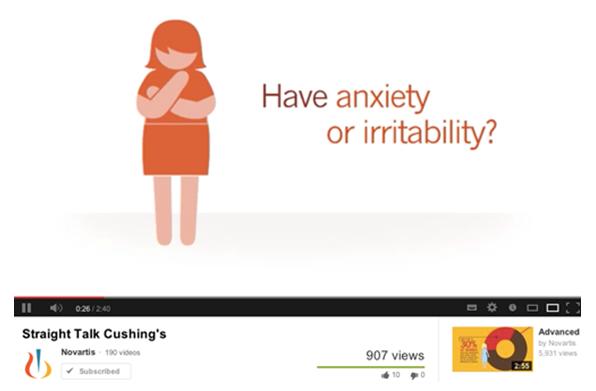 “Having problems sleeping?” asks the video, inviting viewers to respond to the question. “Have anxiety or irritability?”

I want to respond. But where? Comments are disabled, as with all the videos I watched on Novartis’ channel, so I am unable to answer the question or share how I feel. The video instead encourages me to speak to my physician or visit a website on Cushing’s Disease where, you guessed it, more information is broadcast to me.

Too daunting to engage?

Novartis is clearly making good use of its extensive and excellent content library, publishing it via a range of integrated social media channels. But I cannot help feeling that an opportunity is being missed to connect with stakeholders and respond to their voice online.
Research indicates that last month alone, Novartis was mentioned no less than 150,000 times on blogs, forums and other news and social media platforms. I wonder whether the opportunity to truly engage online is perhaps just too daunting for the company.

Daniel’s next article will go live on 17th June.

Daniel Ghinn is CEO of Creation Healthcare, the global research and training consultancy for the digital healthcare age. He tweets at @EngagementStrat.

How important is it for pharma to engage users on social media?