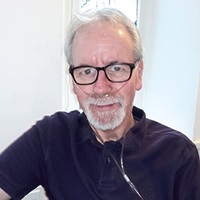 Idiopathic pulmonary fibrosis (IPF) is a fatal disease that’s all the more difficult for patients because of a lack of awareness and investment in supporting people with the condition. In the week of Rare Disease Day, Tony Gowland, IPF patient and ambassador for the charity Action for Pulmonary Fibrosis, highlights the reality of life with IPF and the seriousness of the current situation facing patients in the UK.

How would you describe the diagnosis process? As someone who had no previous knowledge of IPF, would you say it was straightforward?

It was probably in late 2011 when I noticed I was coughing more than normal. I was cycling to work and back, reasonably fit and eating a healthy diet with the perfect body mass index. What could possibly go wrong? I started going to my GP with suspected chest infections and was given a variety of antibiotics over the next couple of months. Nothing changed and an equally inconclusive chest X-ray was followed by a CT scan, which resulted in my diagnosis of IPF. Later I realised I was quite fortunate that my diagnosis was made before I had experienced breathlessness. For the majority it seems that isn’t the case.

How were you told that you had IPF?

Any positives experienced up until the point of diagnosis were washed away by the manner in which the results were communicated to me. I was told in a reassuring voice that it wasn’t cancer, or ‘anything like that’ – it was IPF – a condition I’d never heard of. My consultant at the time advised that if I wanted any details, the British Thoracic Society’s website was very comprehensive. Only when I did as he suggested and looked at that website did I realise my diagnosis meant impending death – I took the bombshell full in the face, it was simply heart-breaking.

What has been your experience in accessing care or advice?

The lack of awareness among primary care physicians is legendary, but maybe we should be asking why? In 2014 there were 9,800 GP surgeries around the UK, and at that time only 5,000 people were diagnosed with IPF. No GP ever diagnoses IPF; it’s not their job – they see coughs and chest complaints that they either sort out or pass on to the next level. They’re not given the proper information or tools to deal with, and treat, IPF patients and so the dedicated GP is effectively hung out to dry.

Where do you turn to for information about IPF?

Having IPF sometimes feels like I’m in a foreign country, in trouble, aware of what I need but unable to make anyone understand. Certain services are a real lifeline. Having access to a specialist nurse, for example, is akin to having a translator – someone who can listen empathetically and then direct me towards the people or places that can help. Our concerns, fears and needs are understood only by our beloved carers and surprisingly few doctors and nurses.

Support groups and online chat forums are all that exist to give sufferers and carers alike the opportunity to share experiences and trade the empathy and compassion so necessary to help us navigate our way through what lies ahead. I find it worrying that vulnerable sufferers of this dreadful condition have to turn to social media for advice.

Do you think public awareness also has a role to play? For example, you don’t hear much about IPF outside of the healthcare industry.

Yes, having IPF teaches you that you are not ‘mainstream’ as a health concern – according to the popularity stakes anyway. You are unlikely to meet anyone outside a medical establishment who has even heard of it. Since my diagnosis, almost four years ago, I have not once stumbled upon the words idiopathic pulmonary fibrosis being mentioned on TV, in the media or in general conversation. The more IPF becomes a part of our collective consciousness, the more likely it is that things can change. That’s just how the world works, sadly.

You mentioned cancer, which gets a lot of press. Do you feel that such coverage perhaps results in disproportionate awareness for certain illnesses?

It’s frustrating in the extreme that I suffer from a disease that kills more people than leukaemia and yet I believe levels of awareness and funding for research is utterly out of balance.

Does UK health policy regarding IPF funding and treatment need to change? What changes do you think would make the biggest difference?

There seem to be vast discrepancies in the quality and availability of care throughout the UK; yet, as the NICE guidelines show, our basic healthcare needs are not that demanding. In the grand scale of things, the linchpin is a specialist nurse – someone who understands not only the disease but our needs and the ‘system’ within which we find ourselves. When those needs are fulfilled, they really help to alleviate suffering and allow us the chance to get the best we can from the limited time we are afforded. Surely the name of our disease shouldn’t be the factor that determines the standard of our care? We’re not surprised when people have never heard the phrase, ‘I’d rather have cancer’. Sadly, here in ‘IPF World’ it’s quite commonly used. We know why; it’s time others did too.

For more information go to www.actionpulmonaryfibrosis.org

This patient experience is from Inspiration, a report produced to raise awareness and hope for those with IPF by Boehringer Ingelheim and pharmaphorum media. Read the full IPF report here.

Tony Gowland is an IPF patient and ambassador for the charity Action for Pulmonary Fibrosis.

Digital therapeutic cuts IPF-related anxiety by half in pilot study