Opportunities for pharma from private healthcare

The trend towards patients choosing to cherry-pick treatments from the NHS and private healthcare sector, the rise in self-payment and the flexibility of the private sector to provide drugs that may be unavailable on the NHS mean this is an area the industry should be investigating.

“No decision about me, without me!”

The mantra of the NHS in England is supposed to demonstrate its commitment to giving patients much more say over their care and treatment. Of course, this doesn’t only apply to involvement in decision-making about medications, interventions and procedures, but also to the choice of provider who delivers the care and the setting in which it is delivered.

As the emphasis on patient choice grows, there is increased recognition that, at different stages in their overall care, patients are entitled to choose freely between NHS and private treatment, whether provided as a private service by an NHS body or by the independent sector. 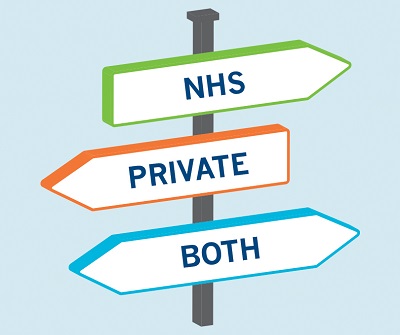 As a result, we are now seeing an increased demand to mix elements of privately and publicly-funded care for a single course of treatment. It seems that patients are selecting private provision in specific circumstances, because they believe the NHS does not or cannot provide a clinically-indicated aspect of the treatment due to concerns about its relative cost-effectiveness.

Alongside this growing trend in mixing private and publicly-funded care, there has also been double-digit growth in the self-pay element of the private healthcare market. Patients are increasingly choosing to self-fund their treatment and pay out of their own pocket. This trend is set to continue. For example, according to “The Private Healthcare UK Self-Pay Market Study 2015” from Intuition Communication, the London self-pay market is estimated to be growing at 20% annually.

Growth in self-pay treatment has been seen especially in cardiology, interventional radiology, dermatology and gastroenterology and there has also been a marked rise in the number of oncology patients.

The rising cost of private medical insurance premiums is one of the reasons behind the growth in self-pay (and, as a result, there has been some decline in patient numbers in another part of the private healthcare sector). However, there are also many other factors behind the growth. Consequently, the private healthcare market is growing exponentially with annual growth of 5% forecast between now and 2016 – and strong growth in the sector is also promised for years to come.

One of the primary reasons for the greater interest in self-paying via the private route is the perception that private patients have less restricted treatment options in comparison to the NHS. The belief is that they can access treatments that are either no longer available on the NHS or treatments which have failed to secure NHS funding due to NICE restrictions. Indeed, many private providers openly promote the availability of the latest advances in medical technology that are not available through the NHS.

In short, some people are increasingly taking healthcare into their own hands because cuts mean they don’t qualify for treatment and others would rather pay than wait.

It is also interesting that in recent years many private medical insurers have extended their scope. Many now cover a vast range of conditions (albeit under certain circumstances) including ones that wouldn’t traditionally be associated with private medical insurance e.g. diabetes, respiratory conditions and multiple sclerosis.

Plus in recent years many private insurers have started to become involved in oncology treatments. Certain Bupa membership policies, for example, provide access to proven eligible cancer drugs and treatments and new drugs (following specialist recommendation) – as long as they have been licensed by the European Medicines Agency for the condition and are included on their list of advanced therapies and specialist drugs. Exceptions are made in some circumstances when a treatment is part of a clinical trial, following review and approval by Bupa.

With a number of drugs being delisted from the Cancer Drugs Fund in March 2015 and difficulties obtaining access to cancer treatments following stringent NICE approval, there is a widespread and growing perception that only private healthcare offers patients a way through to access treatments that are not readily available via the NHS.

For many in pharma, the private market is often an afterthought. But with trends like these, perhaps the time is right to truly get to grips with this market opportunity?

This sector could be fertile ground for use of your product pre-NICE, not to mention those who have experienced the rigours of NICE’s negative rulings and now need to explore other avenues such as the private sector to secure access.

Whatever the scenario, the private market is very different to the public sector. For those marketers who want to ensure real success in private healthcare, start by conducting comprehensive market research which will deliver an in-depth understanding of how the market operates.

Below is just a taster of the sorts of topics which typically need to be explored:

• Who is the self-pay patient? What do they actually look like?

• What is the decision-making process for the use of new medicines in private healthcare?

• Is there a formulary or not? If so, at what level?

• What degree of clinical autonomy do HCPs have compared to the NHS?

• How easy is it to access physicians who work in the private setting?

• How likely are physicians to use a new product in the private sector?

• How does this relationship impact on medicines usage/authorisation for usage?

• Do private insurers actually have input into medical decisions?

• What is the role of the pharmacist?

• How interventional is the pharmacist in prescribing decisions for private patients?

• Are private healthcare insurers and providers willing to interact/negotiate with pharma?

In summary, those who dig deep to truly understand this market really do stand to benefit because self-pay private healthcare is here to stay and it’s set to grow.