Novartis' head of medical affairs Ameet Nathwani talks about the remarkable story of Entresto's accelerated development, and plans for a novel pricing. 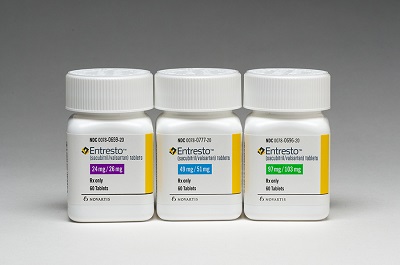 As the ink dries on the US approval of Novartis' heart failure treatment Entresto, talk has quickly shifted to pricing issues, and possible outcomes-based plans, rather than the drug's very impressive data.

The Food and Drug Administration approved Entresto (sacubitril/valsartan) last week, licensing it to reduce the risk of cardiovascular death and hospitalisation in patients with chronic heart failure, following a priority review. The approval is based on the 8,442-patient PARADIGM-HF study, the largest ever conducted in heart failure.

In the phase III trial, which was stopped early, Entresto proved superior to the ACE inhibitor enalapril, reducing the risk of cardiovascular death or heart failure hospitalisation by 20 per cent after 27 months. The drug also improved overall survival by 16 per cent versus enalapril.

These results suggest that Entresto will be a huge leap forward in treating heart failure, a condition which afflicts around 23 million people in the world, and kills most within five years.

Analysts have predicted the drug could reach peak sales as high as $10 billion, and have noted that Novartis has the rare luxury of having no immediate competitors to its first-in-class drug.

The data astonished cardiologists, but setting it up was no mean feat. In an interview with pharmaphorum at a recent media meeting in Basel, Ameet Nathwani, global head of medical affairs at Novartis Pharma, outlined the gamble the company took in deciding to skip phase II studies and put Entresto straight into a late-stage trial.

So what was the rationale? Dr Nathwani said that, when thinking of phase II, "we asked ourselves, what do we compare the product to and why?" The company already had heart failure data on valsartan, which has been marketed for hypertension as Diovan for years, but he noted that "heart failure is not like blood pressure. I don't know what I am measuring."

Other researchers had looked at pulmonary wedge pressure as a measure for heart failure "but everyone that has done that, they've all failed," Dr Nathwani pointed out. A testing dose was unnecessary, Novartis believed, given that valsartan 320mg (160mg twice a day) had been tested in heart failure and with a 1:1 ratio with sacubitril. "I had nothing to learn from dose-ranging" and, as for safety, that could be done at the start of phase III, he argued.

Jumping phase II was "deeply controversial, believe me, and was tough to get through internally, never mind through regulators," he went on. The pharma industry way is "always do phase II and kill early if it is not working," Dr Nathwani noted.

He added that it was tough telling the ethics committee that "I am going head-to-head with enalapril, so 50 per cent of patients are not going to get a life-saving treatment, just the gold standard of care, and I have no data to show them I can do that."

However, he was full of praise for the support from the company, regulators and the ethics committee and going to phase III seems to have paid off handsomely.

"It was a big gamble but we saved four-and-a-bit years and a lot of money," he told pharmaphorum.

So Entresto is ready to be rolled out in the US with a price tag of around $4,500 a year. Novartis has hinted at an outcomes-based pricing plan but there are no details of any scheme or how it would work in practice.

So what about on this side of the Atlantic?

In April, Entresto became the first non-cancer drug to get a foothold in the UK's Early Access to Medicines Scheme (EAMS). It completed the first of a two-stage evaluation process, picking up Promising Innovative Medicine (PIM) status and the next stage will see the Medicines and Healthcare products Regulatory Agency issue an EAMS Scientific Opinion for the drug, at which point it can be used to treat patients before a licence is issued.

When asked by pharmaphorum for some timelines, Dr Nathwani said that the situation was fairly complicated. The first question is regarding for whom early access is meaningful and, as he said, "the trouble is the way the drug works, it looks as though it could apply to everyone with chronic HF.

"That's a lot of people," he noted, and they are mainly maintained in primary care. However the initiation of novel therapy would probably be done by cardiologists. So who should get treatment? Higher-risk patients or those who are designated as not as well-controlled as they should be?

This is a tricky one, Dr Nathwani acknowledged. There are tests, such as a brain natriuretic peptide (BNP) test, which are designed to show how well one's heart is working, but they are arguably not that helpful in this case. Also, "there is no such thing as a stable heart failure patient because they are all in decline."

Another problem involves logistics, he said, asking who would initiate treatment. Would it be done across all key sites or special centres? And what would be the role of primary healthcare in maintaining treatment?

This is where we get to the money. Existing therapies used for heart failure are all generic, given that there have been no significant advances in 30 years, so how will Novartis get what it deems to be a fair price?

Dr Nathwani said that Novartis had been working with academics such as Martin Cowie, a consultant cardiologist at the Royal Brompton Hospital, on putting together economic models. He acknowledged that price "is one of the biggest questions. On the one hand, we have a truly transformational, life-saving therapy and on other hand it works for patients in a lower economic group, the elderly, which represent the biggest cost burden to the NHS."

The company believes that, with its economic models, "we have found a good argument that we can offset costs significantly," by reducing hospitalisations, especially emergency hospitalisations, by 30 per cent, while dramatically improving quality of life.

"We're not being greedy here"

"We will find a price point that makes sense; we are not being greedy here," Dr Nathwani concluded, adding that "there is a way to recognise innovation while providing access." However, he shook his head in exasperation at the fear that some payers would use the price of generic enalapril, a few pence a day (though not when it was approved years ago), as a comparator to Entresto.

The drug has shown 20 per cent benefit over enalapril, so saying Entresto should cost 20 per cent more is ludicrous and "that's not going to foster innovation," he finished.

Kevin Grogan is a freelance journalist.

Novartis to highlight ageing research at US investor day