New frontiers in pharma: is ‘MINT’ the next ‘BRIC’? 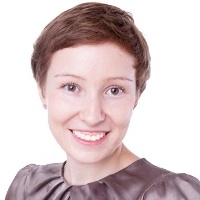 Mexico, Indonesia, Nigeria and Turkey have been vaunted as the next generation of ‘ones to watch’ in the coming 20 years as their economies grow. Rachel Howard examines what the opportunities may be for pharma and healthcare in these MINT countries.

In 2001, British economist Jim O’Neill coined the now ubiquitous acronym ‘BRIC’, to stand for the four emerging economies of Brazil, Russia, India and China, which he suggested were all poised for massive economic growth. In the decade that followed, the BRIC markets began to play a more significant role in the global economy than even O’Neill could have predicted. A rush of investment into the four markets resulted in huge economic growth. Collectively they contributed over a third of global GDP growth and grew from being one-sixth of the world economy to almost a quarter.

In 2014, O’Neill came out of retirement to generate buzz about ‘MINT’ – Mexico, Indonesia, Nigeria and Turkey – the next generation ‘ones to watch’ in the coming 20 years.

But what is it about the MINT countries that makes them unique, and what does this mean for the healthcare market? A growing economy often results in growing spend on healthcare and pharmaceuticals. So with the MINT pharmaceutical market collectively worth almost $30 billion, it appears there are increasing opportunities.

Geographically, the MINT markets are well positioned to take advantage of trading opportunities with larger markets nearby – Indonesia in the South East and close to China, Turkey on the edge of Europe and Mexico neighbouring both the USA and Latin America.

Nigeria’s geographical advantages are not so immediately obvious but, at a regional level, it is at the centre of a West African trading hub. In addition, according to the 2017 UN World Population Prospects report, its population is projected to surpass that of the US to make it the third-largest country in the world shortly before 2050.

A growing population and sizeable, young workforce are both common features and advantageous for the MINT countries. As seen in China and India, the sheer volume of people can mean highly populated countries can be important players, even when only a tiny fraction of the population can afford premium-priced pharmaceuticals.

In the context of healthcare, rapid economic development can have both positive and negative effects on the population. With increasing prosperity and wealth come changes in lifestyle and increased spending on unhealthy habits, such as fast food, alcohol and smoking. These changes result in a shift in disease patterns. Statistics from the World Health Organisation (WHO) show a continuing rise in non-communicable diseases in emerging markets, including diabetes, cardiovascular disease and cancer. Therefore, while treatments for infectious and communicable diseases will remain the ‘cash-cows’ in these countries, pharmaceutical companies will also be able to market their more ‘global’ products.

However, applying a broad-brush approach and assuming that economic growth automatically results in huge opportunity for the pharmaceutical industry may overlook important demographic, socio-political and healthcare system differences that could influence market potential. For example, the population of Indonesia is overwhelmingly young, so it has a very different disease profile to some of the other emerging markets in the region, such as China.

Looking back at the trends seen in the BRIC markets since they were so-named, the pharmaceutical industry has faced different challenges in each. For example: governmental promotion of generics in Brazil, heavy pharmaceutical marketing restrictions in Russia, controversial patent legislation in India and a clampdown on industry corruption in China.

Since 2014, each of the MINT economies has shown signs of increased growth and thus greater promise for pharma. However they all feature several pressing challenges that are yet to be overcome, including underdeveloped healthcare infrastructure, cost-containment policies, shortage of medical expertise, and bureaucracy.

The political situation in Nigeria’s Northern States remains fragile, the Mexican drug war is an ongoing drain on the economy, and both Turkey and Indonesia have struggled with conflict arising from Islamic extremism in recent years.

Therefore, while all the MINT countries undoubtedly provide a host of new opportunities, the pharmaceutical industry will have to successfully navigate a range of challenges in order to take advantage of their potential.

Read more on the opportunities presented by the MINT countries in a longer article featured in the latest edition of Deep Dive: Market Access II.

About the author:
Rachel Howard is Director, Emerging Markets, at Research Partnership.

Novavax gets first authorisation for its COVID-19 jab