Manchester setting the pace in NHS move to outcomes-based deals

Next week’s Wilmington Healthcare and pharmaphorum conference looks at how the NHS is moving rapidly towards integrated care models – and how outcomes-based deals with pharma will also play a role.

While this week’s Budget was judged to be a success by some because chancellor Philip Hammond avoided making any disastrous errors, that is not the view from the NHS.

The extra money announced in the Budget for the NHS in England this week disappointed health service leaders and they, and independent experts, say further cuts to core services are now inevitable.

Hammond gave an immediate £350 million extra funding to help meet an expected surge in demand over winter, plus an additional £1.6 billion in the next financial year.

This is far short of the £4 billion extra that NHS England’s Simon Stevens had called for recently, a move which openly challenged the government’s policies for the NHS.

But, while almost all independent analysts agree that the NHS is underfunded, it is also true that the health service needs to completely redesign its services.

The current fragmented health and social care systems cannot meet the needs of an ageing population with ever-more-complex care needs.

At the forefront of this process is Greater Manchester, which looks to be leading the way to the future, towards devolution of healthcare spending and to a seamlessly integrated health and social care system.

In February, three UK pharma industry associations (the ABPI, EMIG and BGMA) signed an agreement with Greater Manchester to explore new ways of paying for medicines based on patient outcomes.

The region has a population of 2.8 million people, and spends around £1 billion a year on medicines – but, like all areas, it knows that this spending is not always put to best use. 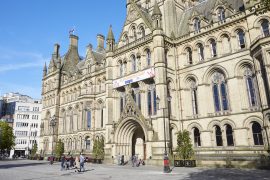 The Memorandum of Understanding sets out how industry can work in partnership with Greater Manchester to allow it to become a world-leading site for the research and launch of new medicines, including greater use of real-world evidence.

He says Manchester could be a model for the rest of the country, where Clinical Commissioning Groups (CCGs), hospitals and local councils are coming together under integrated Sustainability and Transformation Plans (STPs). 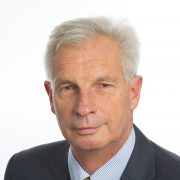 “Manchester is a year ahead of the rest of the country in terms of new models of care. CCGs are grouping together and are sharing one accountable officer, but Manchester is setting the pace in terms of building a framework for engagement with the industry.”

It is establishing principles of collaboration and governance arrangements, which hopefully other regions can replicate.

Steve How is Account Director with Thought Leadership, Wilmington Healthcare, and has worked for many years between pharma and the NHS.

He says Manchester is the leader in what he described as a “massive change in how services are being commissioned and planned across England’s health service.”

He notes two big fundamental shifts – the first is early signals that the local IT and digitisation plans, Digital Roadmaps, are beginning to pay off.  These provide NHS managers with greater granular detail to activity and costs, allowing them to understand how they affect outcomes within a treatment pathway, and alter them accordingly.

This facilitates the second big shift: “The existing Payments by Results (PbR) system [for paying hospitals by activity] is on its way out and new outcomes-based contracts based on up to 10 year agreements are coming in. This opens up opportunity for  pharma to offer outcomes guarantees, service-based packages and joint working, as we are seeing in Greater Manchester.”

He adds: “The industry needs to understand the local environment, because parts of the NHS are already moving fast in that direction.” 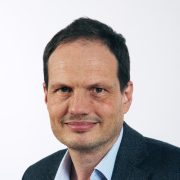 While there is no immediate return on this investment, the industry knows that by helping the NHS to cope with demand better and see more patients, it will eventually reap the benefits.

This new impetus towards change is to be welcomed, but it is ultimately driven by a budget squeeze of unprecedented severity, and this is also having effects on medicines uptake.

Many STPs are largely driven by efforts to find savings, even when many in the system believe the scale of these savings cannot be achieved. 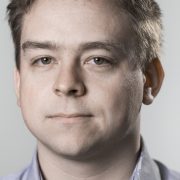 Dave West is senior bureau chief at the Health Service Journal (HSJ). He predicts that the underwhelming Budget allocation this week means NHS England will have little option but to look for further savings from medicines.

“NHS England will screw down further on some of the main targets for cost control – high cost, new specialist drugs, taking out low-value medicines, prescribing locally, and community pharmacy,” he says.

He predicts that we may well also see an intensification of NHS organisational consolidation, so that decision making can be accelerated and management costs reduced via CCGs forming larger structures, and providers coming together.

He concludes: “Ongoing financial constraint also means continuing focus on standardising clinical pathways with the aim of preventing the need for the more expensive acute care.”

Thanks to Brexit, the prospect of stronger economic growth looks bleak for the foreseeable future, which means the NHS must find a way to live within these restricted budgets.

For its part, pharma has no choice but to engage with the new models of care as best it can. While the picture on uptake of new medicines via traditional routes is not encouraging, there is hope that willingness to use outcomes-based models and share risk will present some notable win-wins.

Hear more about the evolving NHS agenda at our free-to-attend event:
The changing frontline – how to engage with regional NHS organisations

Just unveiled, the next big idea for England’s NHS