Research with KOLs highlights the best ways to identify, support and collaborate with the emerging experts in the pharma industry. 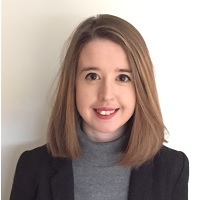 The importance, role, and value of identifying people who are ‘rising stars’ is beyond doubt. But it is often difficult to accurately identify future leaders with true potential. Therefore 15 key opinion leaders (KOLs), all of whom had been rising stars themselves, were interviewed for their insights into what defines a rising star, which is the best methodology to identify them, what factors influence identification, and what pharma can do to better engage them.

The KOLs explained that the definition of a rising star should not be confined to scientific/medical credibility, a high number of publications, or even degree of clinical/academic experience. In fact they believed that being ‘interesting’ was the best quality on which to define a true future leader. ‘Interesting’ was defined as those who were doing something novel, different, or ground-breaking and “not just working on a me-too product”. With continuous disruption to healthcare delivery models, the ability to conduct new, innovative research and challenge the status quo was becoming increasingly important and valuable, they stated.

The KOLs mentioned several different methodologies to identify rising stars: analysing publications, monitoring the experts in mid-level positions in key organisations, tracking experts presenting specific types of material at international meetings, and so on. But all were clear that each method has its own ‘health warnings’ and that a blended approach using multiple methodologies, balancing subjective, objective, and institutional inputs would be best.

Analysing publication patterns was a common methodology mentioned by KOLs. However, many warned that a publication record could not be taken at face value and further investigation was always required to determine the significance of the publications and to identify the experts with whom they collaborated. For example, was it new and innovative work that these potential rising stars were doing and hence more important to take notice of, regardless of ‘number of times cited’?

Consulting leading KOLs about who they thought would be the next rising stars was another popular methodology, with the majority agreeing that this was an effective approach. But they also warned that this came with caveats: to be wary of the political aspect, watch out for KOLs recommending rising stars from their own group only, ensure recommendations were cross-referenced with others, and acknowledge that the KOL would only be familiar with people they had encountered in their work. The majority of KOLs warned against analysing the recipients of ‘young investigator’ and other similar awards, as they said that these recipients rarely went on to become top in their field – “they are often never heard of again!”

KOLs communicated that the two most important factors which influence the presence of rising stars are the specific therapy area and national/cultural differences.

“Hot disease area”, “sexy subject”, “fashionable” – not the typical content of a KOL interview! But all were mentioned because these factors influence people to enter a subject area and ultimately start the rising star journey. KOLs explained that niche/developing areas are often dominated by experienced and established KOLs and are therefore harder for rising stars to enter. On the other hand, larger therapy areas can be more popular with experts earlier on in their career, but high level of competition could drive talent away. Funding is also a major factor which drives and channels experts into certain areas. Some disease areas are clearly better funded than others and this can influence the entry and growth of talent in each.

Certain countries and cultures have more hierarchical structures where it is difficult for junior experts to do anything without the ‘blessing’ of senior experts. In these countries the identification of rising stars must be done in conjunction with KOLs because, if they do not see someone as important, then that particular rising star will have a difficult time establishing themselves. China was often cited as an example in this respect.

Brazil, India, and Turkey were often termed “hungry”, in that experts earlier on in their careers in these countries seemed keen to pursue opportunities, and were perhaps more willing to travel, take risks and explore new avenues, compared to those in more mature markets.

How should pharma better engage?

Going beyond the usual presentation skills training and other components of typical rising star programmes sponsored by pharma, virtually every KOL believed that the industry could do more to engage and help their development. Practical suggestions, taking into account the regulatory and compliance landscape, included:

Support women more. The dynamics of career pathways still differed between genders. KOLs pointed out that the career pathway for women, especially in traditionally male-dominated areas (e.g. certain areas of oncology), presented its own challenges.

Practise ‘positive discrimination’. For example, support for investigator-initiated trials and other research (including grants and fellowships through professional organisations/universities) could be challenging for rising stars, as it typically went to the KOL.

It is essential to include rising stars in any integrated KOL strategy. The insights gained from this research challenged many established beliefs around their identification. The findings revealed interesting insights on everything from the challenges that female rising stars face in traditionally male-dominated therapy areas, to the nuances of specific markets and cultures. By better engaging with rising stars, pharma can play an important role in developing and supporting them on their journey to become the leaders of the future.

The full report is available from Katie Griffee.

System Analytic helps pharmaceutical teams to identify, map, and engage with medical experts and key stakeholders. Established in 2007, the company works with leading pharma companies and physicians to help map the clinical landscape.

10 steps to an effective multichannel strategy