European physicians still see new drug treatments as the driving factor behind improving patient outcomes and, while the sales rep remains important, doctors are showing increasing preference for online information from trusted, independent channels, according to a new survey among members of a physician network.

Research from M3 Europe’s physician network shows the prospect of better medicines is by far the greatest cause for optimism for doctors seeking better patient outcomes.

Better management of chronic conditions and increased patient education also score highly, reflecting the unprecedented efforts of payers and providers to encourage patients to take greater responsibility for their health. But when breakthroughs as astounding as Gilead’s Sovaldi are being launched, in the treatment of hepatitis C, it is not altogether surprising to find medical faith is greater in science than lifestyle changes.

In total, 1,848 members of the network were involved in the study. From this physician pool three key therapeutic areas were also analysed as a subset; namely endocrinologists/diabetologists (121); respiratory doctors (31); and specialists with a common interest in hepatitis C from gastroenterology, hepatology and infectious diseases (102).

As Figure 1 illustrates, when asked about the most important factors influencing the outlook for their patients, the top all-doctor average score of 72 per cent was for ‘new drugs/treatments available’. Unsurprisingly, this percentage is even higher in each of the three subsets because of the fast-moving science in these areas: 94 per cent of respiratory specialists selected this option, 86 per cent of doctors treating hepatitis C and 82 per cent of those who treat diabetes. 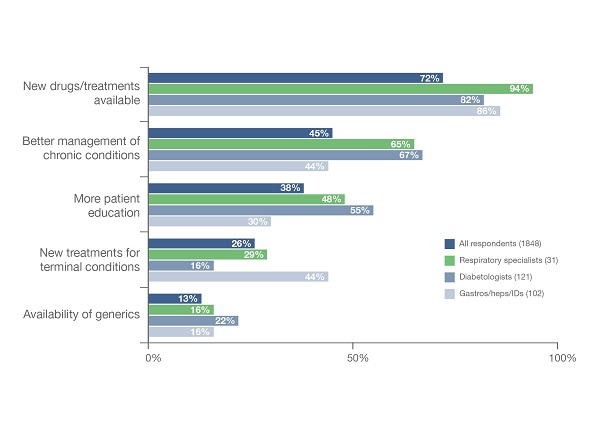 Figure 1: How do you expect the outlook for your patients to significantly improve over the next three years (respondents could select multiple answers)?

Further cause for optimism comes from the expectation that patients with chronic conditions will learn how to better manage their conditions, either through better education or more effective support, over the next three years. Within the subsets, 67 per cent of diabetes doctors and 65 per cent of respiratory doctors scored ‘better management of chronic conditions’ as being important for improved patient outlook, against an all-doctor average of 45 per cent. ‘More patient education’ also scored highly for these specialists, reflecting the fact that these physicians know there has been significant effort to raise awareness, among both patients and healthcare professionals, of how healthier lifestyles can be encouraged via simple interventions.

Concerns remain over the cost of medicines

The physicians surveyed were also concerned about the cost of medicines. Simply having new treatments is not sufficient, unless doctors are able to make them available to their patients and budget is not the only limiting factor here – the respondents also reasoned that the resources need to be in place for widespread access, although again this varies by therapeutic area. This is highlighted in figure 2, which shows an all-doctor average of 52 per cent wanting more resources to ‘make new drugs/treatments available’. This rises to 60 per cent for doctors involved in the treatment of HCV, 65 per cent for the respiratory specialists and dips to 51 per cent for the diabetes doctors. 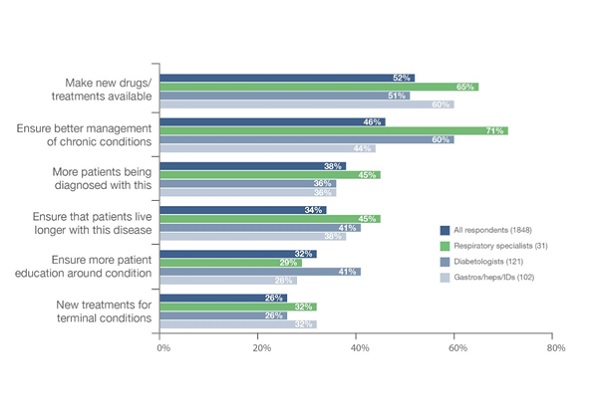 Figure 2: Where European doctors would like to see more resources over the next three years (respondents could select multiple answers).

But funding and resourcing new treatments is not the only concern of European doctors. The highest score of all came from the respiratory specialists, where 71 per cent are calling for better management of the condition. They see the long-term effects of smoking in under-diagnosed and poorly treated conditions such as chronic obstructive pulmonary disease (COPD) and they recognise the beneficial effects that come from better adherence to medication and more active lifestyles. Almost half of these doctors are also keen to see earlier diagnosis of respiratory conditions, which means more effort to educate patients about what can be done to help them. Similar scores, for similar reasons, are seen among the diabetes physicians who are dealing with a similarly chronic condition where patient buy-in to support is critical.

Preferences on being informed about new products

The survey also asked how doctors prefer to receive information on new products and to prioritise their answers by allocating three points for a first choice, two for a second, one for a third and zero where no option is selected.

Figure 3 shows, perhaps surprisingly given recent media, that the visit from a sales rep is the most favoured option by doctors, scoring 1.30 out of a maximum of three. Among the diabetes specialists, however, this rises to 1.88, perhaps because diabetes has several new drug classes that all have their own distinctive characteristics. Among the doctors involved in the treatment of HCV, the figure falls to 1.00 and reveals a much stronger preference for online for these doctors. 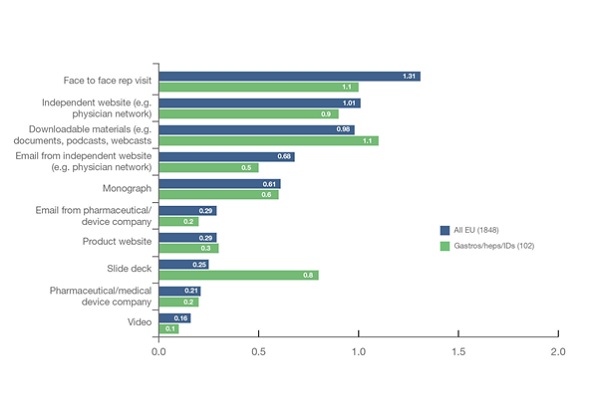 Figure 3: How doctors prefer to be informed about new products (averaged score based on three points for a first choice, two for a second, one for a third and zero where no option is selected).

When asked, 80 per cent of doctors in Europe said that they agree with the statement “I am interested in keeping up to date with new developments about drugs”. Again, those working in the fast-moving areas are particularly keen to stay informed about pharmaceutical products, with 88 per cent of diabetes doctors saying they agree. 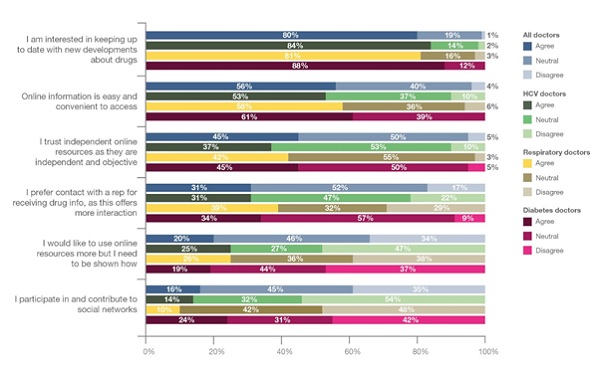 Figure 4: Doctors’ attitudes to online and offline sources of information

To conclude, new medicines remain at the forefront of doctors’ minds when it comes to helping their patients and they are hungry for information about them, both through direct contact with sales reps and from online channels. Better patient education also seems to weigh on their minds; while social media use for information remains a contentious subject among medical professionals there is a strong preference for independent online sources of information such as online professional networks. One thing is clear though – doctors are optimistic about improvements to patient care as a result of new pharmaceutical products coming to market in the next few years.

Jacky Law has been writing about pharmaceuticals since joining Scrip Magazine in 1998, before becoming a regular columnist for Pharmaceutical Executive. From 2010 to 2013 she wrote industry reports for FirstWord.

At pharmaphorum Jacky leads the production of unique and insightful research reports and features covering the key issues impacting the global pharmaceutical industry.

Healthcare meetings: focus on the patient