Black Bone Disease was the first genetic disease ever discovered over 100 years ago. Despite this, there is still no cure. Sorsha Roberts explains how the AKU Society, a patient group supporting those with the disease, is striving to change this by fuelling crucial research through crowdfunding.

Alkaptonuria (AKU) or Black Bone Disease is a rare genetic disease which causes a build-up of acid in the body. This acid damages bones and tissue, turning them black and brittle, and causing severe joint damage, and a risk of heart disease in patients.

Jess is the parent of a four-year-old boy with AKU. She first realised something was wrong when she noticed dark staining in her son Daniel's nappies. After taking Daniel to several doctors, and doing some research on the internet, she eventually had him tested for AKU. Although he is healthy now, Jess is worried about how the disease could impact Daniel's life in the future. 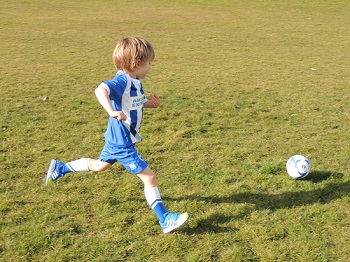 She said, "As a parent it's really difficult knowing that our little boy has this disease. He's a very happy and healthy four year old, but invisible damage may have already started."

Watch their full story in this video.

The symptoms of AKU get more serious with time. In children, noticeable symptoms are limited to discoloured urine, and staining in sweat and earwax. However, as they get older, the damage caused by the disease sets in. They can soon develop crippling back and joint pain. Many older patients need multiple operations to replace or fuse joints. Over time, patients become severely disabled. 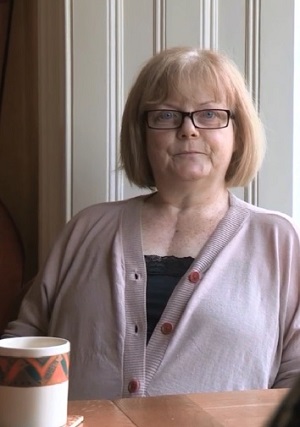 Ann is 55 years old, and was only diagnosed with AKU when she was 49. Overall she has had six joint replacements and open heart surgery as a result of the disease. She has severe joint pain, and finds it difficult to get up and down the stairs. She uses a stick to walk, and her disability resulted in her having to give up work.

Watch her full story in this video.

Fortunately there is a promising drug called nitisinone, which we are currently testing in an international clinical trial at three sites across Europe. This drug prevents the build-up of damaging acid in the body. This means it could prevent the symptoms of AKU if given to patients early enough.

However, we do not yet completely understand the progression of the disease, and more research is needed to ensure the treatment can be given at the optimum age to benefit patients. If it is given too early, the drug could cause unwanted side effects in developing children. Given too late, and the damage caused by the disease may have already started.

This is why we are fundraising to support additional research in to the disease.

Ann is passionate that other patients should not suffer as she has. She said, "It really is crucial that we find out what age to start nitisinone for patients so they do not develop any of these debilitating symptoms."

For Daniel this research could be crucial. Jess said, "To know he was being given a drug at the right time that would prevent the onset of such a horrible disease, we would be delighted."

Our researchers will study the progression of AKU by comparing patients from a range of different age groups. They will test how patients walk using gait analysis, and will also collect blood, urine and cartilage samples. This will allow them to establish the age at which damage really sets in.

Crowdfunding is growing in popularity as a method to fund medical research, especially for rare diseases. It is a fantastic way to bring together a community of supporters, and raise money quickly for an important project. The campaign is as much about raising awareness as it is about fundraising. This makes it a good opportunity for a rare disease organisation to grow a support network.

In 2013 we ran our first crowdfunding campaign at the AKU Society, raising $120,000 to support the launch of our international clinical trial to investigate the effectiveness of nitisinone for AKU. Recruitment has recently been completed, with 140 patients participating, which we see as a brilliant achievement for such a rare disease. Progress so far is extremely promising, but without the crowdfunding campaign, we would not have been able to support enough patients to make our trial a success.

Our new crowdfunding campaign is to raise money to support our new study to find out the correct age to begin treatment. We already have the medical funding to cover the research costs, but we have no funding for patient and carer travel and support.

Because the disease is so rare, patients are scattered across Europe. We need to raise $30,000 (£20,000) to be able to support patients to come to our research centre in Liverpool in the UK from throughout Europe. Many of our patients are disabled, and need family members, or carers to accompany them in order to travel. We want to make it financially possible for anyone with AKU to take part.

You can view the full campaign here.

In order for this research to benefit patients in the future, we also need to ensure everyone is being diagnosed as early as possible, so they are able to benefit from treatment at the correct age. Therefore we have developed an online learning module with the Royal College of General Practitioners (RCGP) to train health professionals on how to identify and diagnose the disease. We hope this module will raise awareness, and improve diagnosis rates. Although aimed at GPs, the module is open to all.

You can view the module here.

Sorsha Roberts joined the AKU Society team in 2014 as the Online Communications Officer. The AKU Society is a patient group supporting those affected by the rare genetic disease, alkaptonuria (AKU), otherwise known as Black Bone Disease.

Sorsha's role focuses on communication, with patients and with other organisations. She is in charge of the website, social media, PR and media relations. She particularly enjoys writing the weekly blog, and is a big advocate for the professional benefits of social media. Sorsha recently spoke at the seventh annual Social Media in the Pharmaceutical Industry conference on why pharma should be engaging with patients through social media channels.