Last autumn, the contract research organisation INC held the ‘Inspiring Hope’ Ideathon, to bring greater awareness to the importance of clinical trials and study participation. A team from FCBVIO won the top prize of $10,000 with a proposal to create a corporate social responsibility (CSR) programme.

While there has been huge progress in treatment of many serious diseases, including cancer, the feeling in the medical establishment is that progress is being held back by difficulties in recruiting patients to clinical trials.

According to some estimates, as few as 5% of patients take part in trials and, from an optimistic point of view, there is clearly a vast amount of untapped potential there for clinical research.

But how do pharma companies reach the 95% of patients who eschew clinical trials? The team from FCBVIO’s winning answer is that pharma should look to recruit from its own ranks as a starting point. 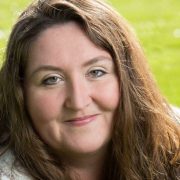 She hopes the initiative will embed health literacy and clinical trial awareness in the social consciousness in the same way as causes such as the environment and the world’s hunger crisis.

From a standing start before Christmas, several diverse companies have already expressed an interest in the project, including a healthcare agency, a contract research organisation, a Fortune 500 tech company and a handful of pharma companies.

But the goal is to get 50 companies to sign up, with potentially 1 million employees – a stretch target, admits FCBVIO’s Radcliffe. “I believe in the power of creating a movement and every movement must have a leader who embraces big thinking,” she says.

She describes the situation with clinical trial participation as “dire”. She explains: “For all the effort being put into driving awareness, trials continue to be significantly challenged by lack of participation. This is because we have been saying the same thing, to the same people, in the same way.”

A key part of the plan is to allow other entrants to Ideathon to incorporate their ideas into HealthProof. Radcliffe plans a get-together or focus group meeting with other teams to gain feedback on HealthProof and look for opportunities to collaborate.

One of the reasons the judges were so impressed with HealthProof was that it could also act as a catalyst, allowing the other ideas discussed at the event to become reality.

“We think it is important to respect the collaborative spirit of Ideathon and try and raise all boats,” adds Radcliffe.

She concedes the hardest task will be to get first-time patients signed up to clinical trials. While there is no research yet to prove it, Radcliffe’s hunch is that “gateway trials” – observational, registry, and healthy volunteer studies, will be key to getting people involved.

“Once a person participates in one study they are open to research generally as the process is demystified,” Radcliffe notes.

This is the first time that anyone has drawn up a template for raising clinical trial awareness by attacking the root cause problems: a lack of health literacy and the need to normalise clinical trial participation as a viable healthcare option, according to Radcliffe, and the proposals have been well received. “I believe the reason people are excited is there is a realisation that we currently don’t do much to normalise clinical research as an option and we don’t do anything to address health literacy.”

She says: “People are very excited about the programme conceptually, but are ready to see a tangible model. That is why we are working rapidly to develop and launch the programme. We can’t do it without more than interest, though; we need our early adopters to step up with funding and a willingness to pilot the programme.”

Radcliffe says there are three major problems to be addressed to encourage participation – health literacy, a patient-informed drug development process at all levels, and “a realisation that their participation is needed to make change happen, as relying on the use of data and technology alone is not enough.”

INC is already finding ways to make its clinical trials more patient-centric through its collaboration with the Center for Information and Study on Clinical Research Participation (CISCRP).

Radcliffe thinks that technology has done nothing to win the hearts and minds of patients. She stresses the importance of this human touch, in an age where healthcare and daily lives are becoming dominated by technology.

She explains: “Finding patients isn’t really the problem; activating patients is. Informed patients are empowered patients who will activate from a place of empathy and altruism if they are shown the impact of participation on the people or the causes they care about.”

Her idea is to tap into the causes that those participating in HealthProof care about, and giving them the tools to become an agent of change and an advocate of research.

“Let’s say you deeply care about helping the homeless. If you understood that mental illness and addiction are at the core of the homelessness problem and that, through research, we could have a greater impact on that problem, then we have a good chance of activating you as an advocate of research. But even activists need tools. That is at the heart of HealthProof.”

Another issue that became apparent during Ideathon was that ethnic minority groups, particularly in the US, are not getting involved in clinical trials.

Keynote speaker and ‘cancer thriver’ Jameisha Brown said this was down to the racial divide across US society. Academics, such as the authors of the 2014 Robert Wood Johnson Foundation report into equity in healthcare, argue that this divide also applies to healthcare.

Race and ethnicity continue to influence a patient’s chance of receiving certain healthcare procedures and treatments – and Brown argues that this also applies to ethnic minority groups’ access to clinical trials.

Radcliffe says HealthProof plans to tackle this issue head-on, using income from large companies to subsidise free subscriptions for companies and organisations that could encourage participation from ethnic minority individuals.

She says: “We believe that by asking large, global healthcare companies to be early adopters we reach a wide range of ethnic backgrounds and geographies. Additionally, we plan to build in pay-it-forward incentives that ‘gift’ HealthProof to minority owned businesses, not-for-profits etc, that serve the community.

“Finally, we are excited to address these challenges in the content of the platform and hope to drive viral adoption of the public-facing HealthProof platform in various different groups, such as millennials, minorities and seniors.”

In conclusion, Radcliffe says that Ideathon, and the projects it has generated, could help to overcome some of these difficulties.

“We need to challenge old thinking and we need everyone to be part of the solution,” says Radcliffe.