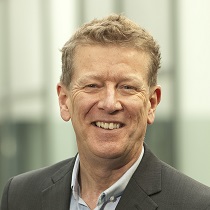 Theo Raynor examines the EU’s guidance document and suggests ways to create clinical trial summaries that the public can understand.

The European Union’s guidance on writing ‘Summaries of clinical trial results for laypersons’ was published on the Commission website without fanfare. This follows on from the requirement from the Clinical Trials Directive for pharma to produce such summaries. The fact that it has gone under the radar like this is unfortunate, considering the importance of this initiative, which aims to make lay-friendly information about drug trials available to the public. It is particularly unfortunate for the people writing the summaries, too, as they need to know this guidance is out there, and that there are significant improvements since the consultation on a previous draft.

Probably the most important change since the consultation is that the Commission has replaced the indigestible elements in the clinical trial regulation with user-friendly equivalent headings. For example, ‘Investigational medical products used’ has become ‘Which medicines were studied?’

A further concession that will aid readability is the option to change the order of the headings, if appropriate, and add subheadings. Our user testing of a variety of lay medicines information shows that good headings and sub-headings are one of the reader’s best friends.

Size is not everything

The guidance is confused in terms of length of summaries. It says they should be as short as possible (and that they should not simply copy text from the technical summary). However it goes on to say that explaining technical information in simple language may mean more words and, indeed, a longer summary. Later it says that adding text may decrease comprehension; this is not true. What I think they mean (or should mean) is that the summary should be as short as is consistent with an understandable and navigable document. This can be achieved with a good layout and design, as is briefly mentioned in the guidance. Our experience of testing with real people shows that, by following such good practice, even a long summary can be made acceptable and usable.

The importance of design to readability lacks prominence in the guidance. There is a small section on ‘Visuals’, but this focuses on visual aids, rather than the overall layout and design of the summary. Whether a document looks attractive and easy to read is crucial to its effectiveness, in terms of whether it is read at all. If it is read, then the layout is critical in enabling people to navigate around it. Notably, the layout of the guidance document itself is disappointing, setting a poor example.

Readability formulae and the ‘backwards test’

Another downside relates to the prominence given to so-called ‘readability formulae’ (or ‘language-specific reading tests’), even though the large amount of ‘how to’ text for such formulae is now relegated to an appendix. Sponsors are still encouraged to use these formulae – even though the guidance states what is now accepted generally: that they are a very limited tool as they usually work on the average number of words per sentence and syllables per words, and everyone knows you can write short sentences with short words that make no sense at all. Equally, if you write a piece of information backwards it would have the same score as if you write it forwards, because they are the same words in sentences of the same lengths.

The guidance suggests that the writer should use simple, everyday language; I like to think of this in terms of being conversational. Many lay people don’t do much reading or writing. They communicate by talking, listing to conversations, the radio and television, and their literacy levels are low. This means that writing conversationally is reaching out to those people. Most lay people would not consider writing a letter to a newspaper, but they may consider phoning in to a radio show, for example. A good way of determining whether what you have written is, indeed, lay friendly, is to read it aloud to see whether it sounds conversational.

Generally, this means using the active, rather than the passive, voice, and there is a neat example of how this can be done: ‘Researchers studied the effect of X’, rather than ‘The effect of X was studied’. Another good example is using the lay term with the technical term bracketed after it: ‘Cancer that has spread to another part of the body (metastases)’.

Another piece of bad practice quoshed by the new guidance is use of the term ‘sufferers’ – people don’t suffer from an illness; they have an illness, and they may not consider themselves to be suffering.

There has been much talk about the use of a headline section in patient information, notably in package leaflets. This is not explicit in the guidance, but it mentions ‘presenting the big picture before the detail’. Our research and testing of a variety of documents for patients and lay people suggest that they like such headline or key information sections at the start of a document or webpage.

Infographics are not a panacea

There is a tendency to assume that infographics, and putting anything into a pictorial form (called ‘visuals’ in the guidance), will be better and easier to understand. This is not the case; our testing shows that even simple graphs are often misunderstood. Indeed, the guidance acknowledges that using imagery that does not extend and enhance understanding is not helpful.

In a number of places the guidance talks about involving patients in the development and review of summaries ‘to assess comprehension and value’. It notes that this won’t always be feasible, but our experience is that, when sponsors apply ‘user testing’ to sample summaries during template development, it can be very helpful. Consider a user panel or expert patient input.

Finally, while consistency will help navigation for people who regularly use these summaries, we should not feel bound by this guidance; after all, it is only guidance. There needs to be balance between consistency and allowing innovation in improving summaries’ usefulness, particularly those identified through lay involvement and user testing.

Theo Raynor is co-founder and academic adviser to Luto Research and Professor of Pharmacy Practice at the University of Leeds.

He has spent his 40 years of pharmacy practice and research on the quest for improved information for people about their medicines.