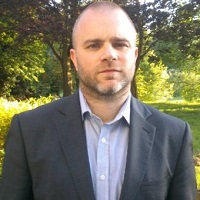 Celgene’s new CEO, Mark Alles, only began his job last month, yet already he is attempting to engage with the issue of pricing when pharma is under the political spotlight in the build-up to the US presidential elections.

Speaking to pharmaphorum at a briefing marking a decade since the company began operations in Europe, Alles was also keen to discuss the present and the future – and the controversy caused by the actions of companies such as Turing and Valeant, which are under investigation by politicians and officials in the US because of their aggressive pricing strategies.

At the event in the company’s offices in Boudry, Switzerland, Alles was forthright in his views on Valeant, rejecting its strategy to grow in size via acquisitions.

Alles, a former US marine who also worked for Centocor, developer of inflammatory diseases drug Remicade (infliximab), before it was bought by Johnson & Johnson, said: “We are not going to buy stuff to say it helps us grow.” 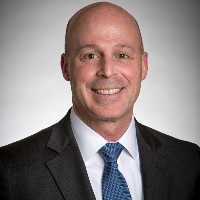 In contrast he argues that Celgene’s M&A strategy is to buy, or strike partnerships with, companies on the basis of science and not because of shorter-term financial gains, continuing a strategy pioneered by predecessor Bob Hugin.

Alles took over as CEO from Hugin at the beginning of March, as part of a succession planning arrangement announced at the JP Morgan healthcare conference, in a move that initially surprised investors.

Any future deals will be focused on acquiring, or gaining an interest in, cutting-edge technologies in Celgene’s chosen fields of expertise – cancer and inflammation.

The strategy is to develop ‘disruptive’ medicines in the long term, such as through its potential $1 billion CAR-T cell partnership with Juno, which, the company says, will not generate income until the next decade.

A wave of cancer-killing CAR-T cells is likely to hit the market around 2020. The ones being developed by Juno will potentially be more potent but will not be near market until later in the decade, company representatives explained.

Alles said he had high hopes for this new generation of CAR-T cells, citing it as the kind of technology the firm hopes will drive growth in the future.

Juno’s technology could produce results similar to “a surgical intervention, through a therapeutic approach,” he commented.

“It was one the most competitive processes I have ever been part of, but we won the molecule,” he explained.

Discussing Celgene’s $7 billion-plus acquisition of Receptos last year, Alles pointed out that, aside from taking Celgene into the field of multiple sclerosis with oral drug ozanimod, the compound could become an important new drug in ulcerative colitis.

Ozanimod is an oral medicine and could provide an alternative to injected biological drugs.

“I think we will be able to really bring a safer and more effective alternative – what will that be worth?”

In the meantime, Celgene’s growth looks likely to be driven primarily by Revlimid (lenalidomide) for multiple myeloma, which, according to some estimates, could be a top-selling cancer drug in 2020, with sales of $10.1 billion.

In the shorter term Celgene’s psoriasis drug, Otezla (apremilast), is also driving growth and could generate sales of more than $2 billion by 2020 according to DrugAnalyst forecasts.

Alles was keen to speak in defence of the industry and its pricing strategies, as the debate over affordability and access rumbles on in Europe and the UK.

He was particularly scathing about the actions of Turing Pharma and its controversial CEO, Martin Shkreli, which, like Valeant, is under investigation by Senators for so-called price gouging.

“We will never do that if I am on the board. We are trying to change human health through research.”

During the event, Kevin Loth, vice president of corporate affairs EMEA, said the actions of Turing and Valeant had not helped the industry in pricing discussions with payers. “It’s raised the noise, it’s raised the heat,” he said.

The company clearly thinks the only way to achieve its ambitions is engagement with politicians and the public on the thorny issues of the day.

Alles had been in discussions with UK prime minister David Cameron over the future of the Cancer Drugs Fund (CDF), although it was not clear whether the discussions had been productive.

However he spoke in favour of the CDF in its original form, suggesting that the company had been supportive of the scheme initially, because it gave patients access to innovative drugs.

But Celgene was clearly disappointed by a decision to drop its Abraxane (nab-paclitaxel) pancreatic cancer drug from a list of drugs funded by the CDF, along with several others.

It is resubmitting its Abraxane to NICE, used in metastatic adenocarcinoma of the pancreas in combination with gemcitabine, after it was rejected by the cost-effectiveness body in 2014.

The company hopes to get the drug reviewed before 2018, when NICE is due to revisit its guidance rejecting routine National Health Service funding in England and Wales.

Wim Souverijns, vice president and general manager at Celgene UK & Ireland, gave more insight in an interview regarding how Celgene had been engaging with the UK government. But he reported that there had been little progress recently as the government was more focused on the ‘Brexit’ debate.

The final report of the Accelerated Access Review, by life sciences minister George Freeman, has been delayed because of the referendum in June.

Like many pharma companies Celgene would prefer the UK to remain part of the EU as a split would disrupt the European regulatory system, centred on the European Medicines Agency offices in London.

Souverijns suggested the Brexit debate could already have had a negative impact on patients by delaying the publication of the report, and any potential measures that would improve access to innovative drugs.

“If there are good things in there, then patients can’t benefit. Indirectly it could cost access in the UK.”

Souverijns said NICE did not need reform, but he believed it should revise the way it looked at drugs for older people at the ends of their lives, as well as drugs that provided incremental improvements on existing high standards of care.

Celgene’s concern was that, globally, constant attacks on the prices of patented drugs could have a detrimental impact on drug R&D – and prevent society from reaping the benefits of new medicines.

Alles made the customary big pharma argument that all of society benefitted from innovative drugs once they had gone off patent.

But he warned that payers’ unwillingness to pay a premium on branded drugs could have a long-term cost to society as R&D projects are dropped because of lack of funding.

“Developed countries run the risk of becoming developing countries in terms of healthcare,” he concluded.

Richard Staines is Senior Reporter at pharmaphorum. He has been writing about health for more than 10 years. Contact him on Richard.Staines@pharmaphorum.com
Read more on Celgene: