AZ’s biologics division MedImmune has teamed up with Cancer Research Technology (CRT), the technology arm of charity CRUK, to launch the venture in Cambridge, England. 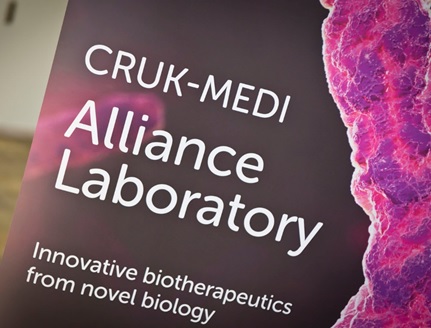 The new CRUK-MEDI Alliance Laboratory will focus on the discovery and development of biologic cancer treatments over an initial five-year period and is located on Granta Park near AZ’s new global headquarters.

The Alliance Laboratory was officially opened yesterday by Life Sciences Minister George Freeman, who is championing new ways of boosting R&D in the UK. 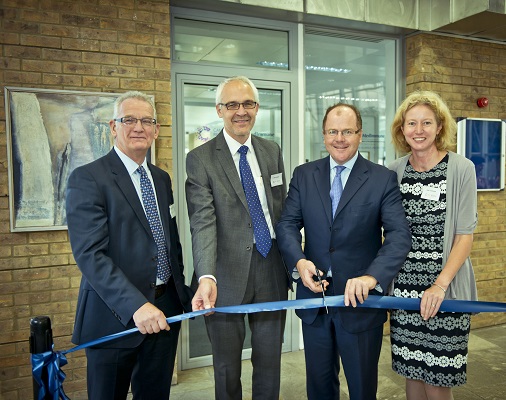 AZ is relocating to Cambridge in order to tap into its existing academic and research hub, a strategy being pursued in research hotspots around the world, most notably in the city’s namesake in Massachusetts.

While research partnerships between pharma, academic centres and charitable foundations have become commonplace in recent years, the partners say they’re taking the concept one stage further.

MedImmune and CRT staff will work as one team under one management structure, a move aimed at breaking down divisions between the two disciplines, with the hope that this will speed up development and translation into the clinic.

Academic research centres have the greatest expertise in developing basic scientific knowledge and finding drug targets, while pharma specialises in developing drug candidates. However the disconnect between the two continues to hamper productivity in drug discovery and development.

The alliance was first announced a year ago and Jane Osbourn, vice president of R&D and Cambridge site leader for MedImmune, said bringing the organisations together had been made easier by a shared passion for the science.

CRT’s chief executive Keith Blundy pointed out that the partnership goes beyond the now common ‘adjacency’ concept, adding: “I don’t know of anywhere else where this has happened.”

He went on: “This is the first time that we [CRUK] have physically set up a new enterprise with a company. We have lots of partnerships with other research organisations, but not with researchers in the same place, bouncing ideas off each other every day.”

CRUK will provide equipment and operational funding for the laboratory and will contribute a portfolio of novel drug targets through its extensive network of principal investigators. 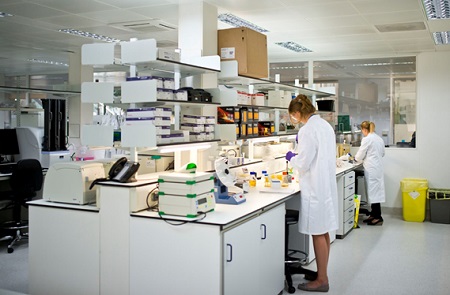 At the heart of the research project are MedImmune’s human antibody phage display libraries, a well-established research platform which has helped discover drugs such as AbbVie’s Humira. The team will use this and MedImmune’s established antibody-engineering technologies, with the company overseeing the drug discovery process for accepted projects.

Blundy believes this unprecedentedly close working will allow ‘a richer conversation, earlier’ and help eliminate disconnects which delay novel academic insights from being translated into drug candidates for clinical trials.

The partners will agree on their research priorities through a target selection committee, with the emphasis being on targets with the most convincing science.

The principle focus of the labs will be on therapeutic antibodies, but the partners are also interested in antibodies to be used as diagnostics, as well as reagent tools.

Asked if the alliance would help MedImmune increase its productivity, in terms of generating new biologic drugs, Jane Osbourn said that the focus will not be on volume, but rather on generating ‘very high quality’ antibodies.

Osbourn says the aim is for the centre to generate six lead projects by summer 2016, with at least one candidate then going forward to clinical development.

The venture will be led by Dr Maria Groves, associate director at MedImmune, while her deputy will be Sarah Holt, a senior bioscientist from CRUK.

Dr Groves said: “This laboratory is truly a collaborative approach and its success will depend on three key factors: the application of our high-quality and diverse phage display libraries; designing a drug discovery process that will enable us to find specific potent antibodies with the right mechanism against the disease target and, finally, building a network of principal investigators who will have the opportunity to generate novel ideas for oncology therapeutics.

“We are driven to engineer the best antibodies and identify which components of cancer make the best targets for treatment. There’s a lot of ground to cover and we’re delighted to be working in partnership to advance this exciting field.”

MedImmune has, however, plenty to prove, as its research has produced very few drugs since AZ acquired it in 2007. The firm is hoping that will change soon, with 120 biologics in its pipeline, 30 of which are in clinical development, with many in oncology.

The most notable of these is durvalumab (MEDI4736), AZ/MedImmune’s entrant in the new checkpoint inhibitor class of immuno-oncology treatments. The biologic is being tested with many other drugs and across a wide range of tumour types, including phase III trials for non-small cell lung cancer.

Read more about the alliance on the CRUK website: Fishing for cancer cures: our new Cancer Research UK-MedImmune Alliance Laboratory