Leela Barham considers the history of Scottish Medicines Consortium (SMC) drug approvals in Scotland and whether the trend is towards greater access in recent years.

The Scottish Parliamentary Health and Sport Committee has just asked “is improved access to new medicines being delivered in Scotland?” as it looks again at this knotty issue. That this question matters is self-evident; ensuring that there is access to new medicines that make a real difference to quality and length of life for patients is a laudable goal. Economists would add that these same new medicines need to offer value for money too, at a time when there are more ways to improve health than money to fund them.

This latest effort builds on the New Medicines Review, undertaken by the Scottish Health and Sport Committee (a committee made up of Scottish Members of Parliament) in 2013, that looked at a host of issues including the work of the Scottish Medicines Consortium (SMC). The Review prompted a number of changes with the aim of improving access to clinically- and cost-effective new medicines, rolled out over 2014. These included allowing companies to attend SMC meetings, holding SMC meetings in public, and the opportunity for a Patient and Clinician Engagement (PACE) meeting to allow patient groups and clinicians to discuss the benefits of end-of-life or orphan drugs with the SMC that the SMC might initially consider too expensive.

The Committee has tabled a number of questions that it wants to address in its latest review. A key question is to what extent the new SMC process for approving medicines has become more transparent, less complex and delivered improved access to new medicines?

That question can be partly answered by doing some number crunching with the raw numbers for SMC recommendations over time. This suggests that there has been a change, with SMC more likely to recommend than reject in 2014 and 2015 (Figure 1).

At the same time, non-submissions seem to be falling (Figure 2), possibly indicating that companies now think that the SMC provides a more reasonable process? Similarly resubmissions may be falling too, which, if this really reflects companies and SMC working to avoid the need to re-do the process, would be a welcome improvement to the efficiency of HTA.

What is driving greater approvals?

The tricky question is what is driving this when there is a myriad of factors at play (and needs more sophisticated data and analysis). Cumulatively, the politically-driven direction to SMC to say yes more often seems to be playing out. At the same time, though, today’s products are different to those of the past (just think of Gilead’s Sovaldi [sofosbuvir] in Hepatitis C).

Plus it’s difficult to know what the real price is as companies increasingly engage in Patient Access Schemes (PAS). These are essentially confidential discounts (Figure 3). There are 85 PAS in place in Scotland and these have played a role in securing positive recommendations from SMC. Similarly, the PACE process may be having an impact too. So far, there have been 40 PACE meetings. While these may not ensure that SMC says yes, patients seem to appreciate them. 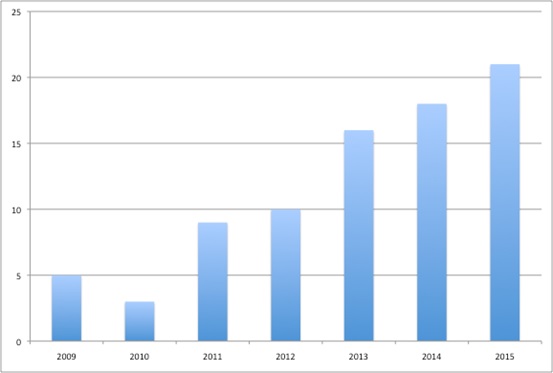 The Committee’s call for evidence is open until 21 January 2016. It will then sift through and take a view on how well things are working now. Many will be keen to see whether changes in Scotland could be achieved south of the border too where debate continues on how the National Institute for Health and Care Excellence (NICE) works.

But there is a bigger question that should be asked. It’s the holy grail to ensure that the new medicines that get through HTA are the ‘right ones’; those that are good for patients and good buys for the tax payer too (and encourage companies to develop more of their ilk in the future). That SMC is saying yes more often may or may not mean that this is happening. We need to go beyond the recommendation from SMC and into the complexities of real world prescribing and crucially (and where it gets really hard) outcomes to know if the NHS in Scotland is generating health at the best bang for the buck from new medicines. And that’s a whole other ball game.

Rises in non-submissions to NICE: do they matter?