Would you fall for COVID misinformation? Chatbot can help you find out

Researchers in the UK have developed a chatbot-enabled website that can train people to detect and counter misinformation on COVID-19 and other topics, using techniques from some of philosophy’s greatest critical thinkers.

Earlier this year, the World Health organisation (WHO)  said the world was dealing with an “infodemic” that is accompanying the pandemic and it is hard for the general public to recognise the “grey area of” misinformation.

Do masks actually protect your from coronavirus? Is it similar to the flu in severity, and was it man-made and developed by governments to force mass vaccinations? The Fake News Immunity Chatbot won’t answer those questions directly, but aims to give people the skills to make up their own mind.

It takes the form of an interactive quiz, presented as a question and answer session between the user and other figures like Aristotle, Socrates and Gorgias, that encourages them to look into the facts beyond the headlines.

Using the exchanges, users can gauge whether they would fall for misinformation – what the researchers call semi-fake news – information that is misleading but not intentionally produced, unlike disinformation or fake news.

Semi-fake news can derive from misinterpretation of study findings, cherry picking of data points to suit someone’s bias, anecdotal stories, or hasty generalisations – which can all be hard to spot.

The chatbot has been designed by researchers at the Universities of Liverpool and Dundee to coach anyone with the skills needed to cut through the noise.

Users choose an identity and are then guided through a discourse with the three philosophers, as each teaches their rhetoric speciality: Aristotle explains the ten fallacies, Socrates encourages the need to question everything and Gorgias challenges mainstream opinions. 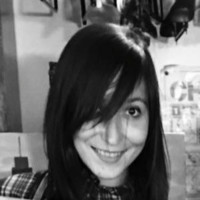 “Our chatbot is unique as it allows people to play and be trained by the greatest thinkers and become their own fact-checkers,” says Dr Elena Musi of Liverpool University’s department of communication and media, who is leading the project.

“You can play by yourself or encourage family, friends or colleagues to join in so you can quiz each other,” she adds. “Learning together and helping each other to understand how news is produced for different purposes provides the necessary skills needed to flag misleading content in our news feeds.”

The game has three levels – credulous, sceptic and agnostic – with users competing to pick up points shaped as gadflies.

Why gadflies? Plato described Socrates as a gadfly stinging people with questions to keep them on a virtuous path.

“We hope that with our chatbot, people will develop critical thinking that strengthens their digital literacy and helps them and their communities to become more resilient to information manipulation,” according to Musi.

The chatbot was developed with the help of £200,000 in UK government funding.