Venture capital funding for digital health reached a record $2.5 billion in the first quarter of the year, according to new research.

A quarterly report into digital health funding and M&A by Mercom Capital Group showed that this is only the second time since 2010 that VC funding for digital health reached more than $2 billion since 2010.

The amount raised in Q1 was a sharp increase compared with the last quarter of 2017, including private equity and corporate venture capital injected $1.7 billion in the sector. 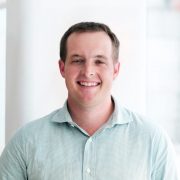 In all there were 48 M&A transactions in digital health, Mercom said in its report.

There were 24 countries that had digital health VC funding deals in Q1, although perhaps unsurprisingly, US companies received the most funding and had the most deals.

There were 80 smaller transactions of $2 million or below, including three accelerator/incubator deals, and over 400 investors participated in funding deals.

According to Mercom disclosed VC funding in digital health since 2010 is around $28 billion.

Disney characters will lend a hand to kids during MRI scans