Shire’s attempts to develop a drug for cognitive impairment from the rare inherited disease Hunter Syndrome has failed to produce results.

The company’s Elaprase (idursulfase) is already approved for Hunter syndrome, and the experimental drug SHP609 was an attempt to produce a drug to treat cognitive impairment associated with the disease.

Elaprase, an enzyme replacement therapy, cannot cross the blood-brain barrier, so the new formulation is injected through the spinal column.

SHP609 was supposed to correct the deficiency in the iduronate-2-sulfatase enzyme in the CNS and prevent the cognitive decline seen in some Hunter Syndrome cases.

Sadly, Shire said the phase 2/3 study did not meet either its primary or secondary endpoints.

The primary endpoint evaluated the difference in cognition between the SHP609-treated and control groups, as measured by change from baseline in General Conceptual Ability (GCA) scores in children with Hunter syndrome after 12 months of treatment.

The key secondary endpoint evaluated the difference between the SHP609-treated and control groups as measured by the change from baseline in Adaptive Behaviour Composite (ABC) score. 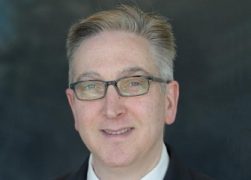 Howard Mayer, senior vice president and global head of R&D (ad-interim), Shire, said: “Shire is disappointed that the top-line data from this study did not meet the primary and key secondary endpoints and remains committed to patients and families living with MPS II.”

“We are grateful to the children, their families and healthcare providers for participating in this challenging trial and will continue our ongoing dialogue with the community as we conduct an analysis of the full data set. Further analysis of the data will be presented at forthcoming congresses.”

Last month Sangamo Therapeutics made history by attempting to treat Hunter Syndrome by attempting to edit a patient’s genes, the first time the technique had been attempted in a clinical trial.