The US Senate has voted in favour of appointing Dr Robert Califf as the next FDA Commissioner, despite objections because of his links with the pharmaceutical industry.

The Senators voted 80 to 6 against further debates on his nomination, which opponents were hoping to use as filibuster delaying tactics.

The move sets up Califf for a final vote confirming him as the US food and drug regulator’s chief, which could be as soon as next week. 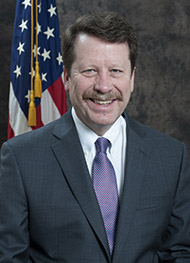 Califf, an eminent cardiologist, joined the FDA as a deputy commissioner in February 2015 after working on his own clinical research and in leadership roles at Duke University.

President Obama first announced Dr Califf as his nomination to succeed Dr Margaret Hamburg as the next head of the US drug regulator in September. The agency urgently needs a new leader, as Hamburg left the post in March, but Califf’s appointment has been opposed by some politicians on both sides of the political divide.

His tenure at Duke University saw him collaborate and take funding from pharmaceutical companies to conduct clinical trials, and many of his critics say this makes him too close to the industry he must regulate as FDA Commissioner.

The most contentious issue is America’s opioid abuse epidemic, which has seen a threefold increase in deaths over a decade due to misuse of prescription painkillers.

Drug overdose deaths (mostly from prescription opioids and illicit drugs like heroin and illegally-made fentanyl) are now the leading cause of injury death in the United States, surpassing road accidents.

A total of 17,000 people died in 2013 through opioid overdoses, and many blame the pharmaceutical industry for aggressive marketing of treatments since the 1990s.

Several vocal Senators from the Democrat and Republican party fear Califf won’t clamp down strongly enough on the problem. These include Senator Bernie Sanders, currently campaigning for the Democrat nomination for President.

In response to the these protests, Califf and the FDA launched a new action plan earlier this month, including measures related to opioids drug approvals, labelling and Risk Evaluation and Mitigation Strategies.

Despite these reassurances, Democratic Senators Edward Markey of Massachusetts and Joe Manchin of West Virginia plan to maintain their opposition to the appointment, and for stronger FDA action on the opioid epidemic.