Pharma has responded coolly to a new initiative by European oncologists to rate the clinical benefits of new cancer drugs.

The European Society of Medical Oncologists (ESMO) unveiled its new Magnitude of Clinical Benefit Scale (MCBS) in May, a new systematic approach to assessing clinical benefits of cancer drugs.

Pharma is producing waves of novel drugs which promise to advance cancer treatment, but there is also growing controversy about rising prices, especially in the US, which many say are unsustainable.

The MCBS is aimed at clarifying which drugs genuinely offer clinical benefit – something ESMO says is necessary because of hype and inflated hope about some cancer drugs.

This is a major break from convention, where oncologists would generally keep out of debates about pricing, policy and value.

Writing in the Annals of Oncology last month on behalf of the ESMO board, leading oncologist Josep Tabernero of Barcelona’s Vall D’Hebron Institute of Oncology said difficult decisions about cost and clinical effectiveness needed to be made.

He said there was no ‘sweetheart’ solution to the problem – some drugs would not be used because of limited efficacy or prohibitive cost.

One of the key accusations levelled at pharma is that prices have become uncoupled from clinical benefit, especially in the US, which has the highest prices in the world. An influential paper published this year cited Bristol-Myers Squibb’s (BMS) melanoma treatment Yervoy as adding an average of four months of extra life at a cost of $120,000.

Government price controls and the power of health technology assessment bodies (such as the UK’s NICE) means prices are much lower in Europe, but rising costs are still a huge issue.

Tabernero cited the rejection of Zytiga for earlier use in prostate cancer by the UK’s NICE as an example of the tough decisions which have to be made.

The new ESMO-MCBS has now been launched, with the first drugs given rankings of 1 to 5 (5 being top for non-curative drugs) and A-C (A being top for curative treatments). Crucially, the scale doesn’t factor in the drugs’ cost – but Europe’s pharma representative body EFPIA is nevertheless less than impressed. 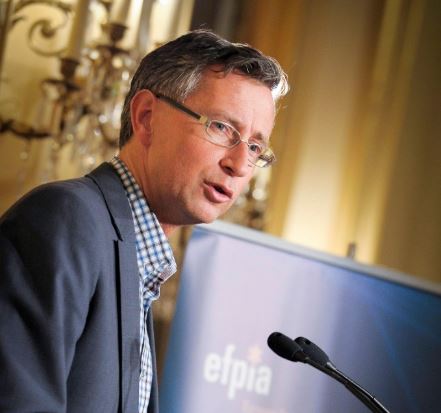 Replying to an enquiry from pharmaphorum, EFPIA gave an in-depth response to the initiative, making its misgivings clear. The industry is wary of more scrutiny of cancer drugs, and expressed concerns about adding to existing reviews by regulators and others.

It welcomed the fact that ESMO had also highlighted the problem of delayed access, and the aim of helping national authorities prioritise funding for medicines with the highest value.

But overall EFPIA warned about shortcomings in the new benefit scale, such as ‘arbitrary cut-offs’ which might ‘misinform’ regarding value, and problems in integrating value beyond the clinical trial setting. It added that Europe already had a multitude of price controls and health technology assessments (HTA).

“Whereas we welcome greater involvement of clinical experts, such as ESMO, we question the added value of yet another separate initiative,” said Richard Bergström, Director General, EFPIA.

“It would be better to channel the views of medical oncologists to existing multi-stakeholder EU projects,” he added.

These existing projects include an HTA Network co-ordinated by the European Union, which aims to harmonise standards, including joint work on assessing relative efficacy and relative effectiveness.

Despite these gripes, pharma will be relieved ESMO hasn’t gone as far as its US counterpart, the American Society of Clinical Oncology (ASCO): it has launched the more ambitious ASCO Value Framework, which does factor in a drug’s cost.

Not surprisingly, this is set to be far more controversial than the ESMO initiative, as the US has no national cost effectiveness or health technology assessment of medicines.

EFPIA says it will review the ESMO MCBS in greater detail, and expects to finalise its reflection by October.

Cancer isn’t the only therapy area where new, high-cost drugs are being launched – treatments for hepatitis C and high cholesterol are also causing controversy. But cancer remains the number one growth area, with groundbreaking PD-1 immunotherapy treatments, Merck’s Keytruda and BMS’ Opdivo recently launched in Europe.

Europe must face up to cancer drugs prices, say oncologists