The pharmaceutical industry celebrated the 70th anniversary of the NHS by recognising the myriad contributions that the sector has made to the lives of many people.

The Association of the British Pharmaceutical Industry (ABPI) ran a series of announcements headlining the life-changing effects of pharmaceuticals over the years, highlighting the powerful collaboration between the NHS and pharma.

The groundbreaking work carried out by pharma companies has undoubtedly extended and bettered the lives of numerous individuals with acute and chronic conditions by giving the NHS the drugs and equipment with which to save lives. 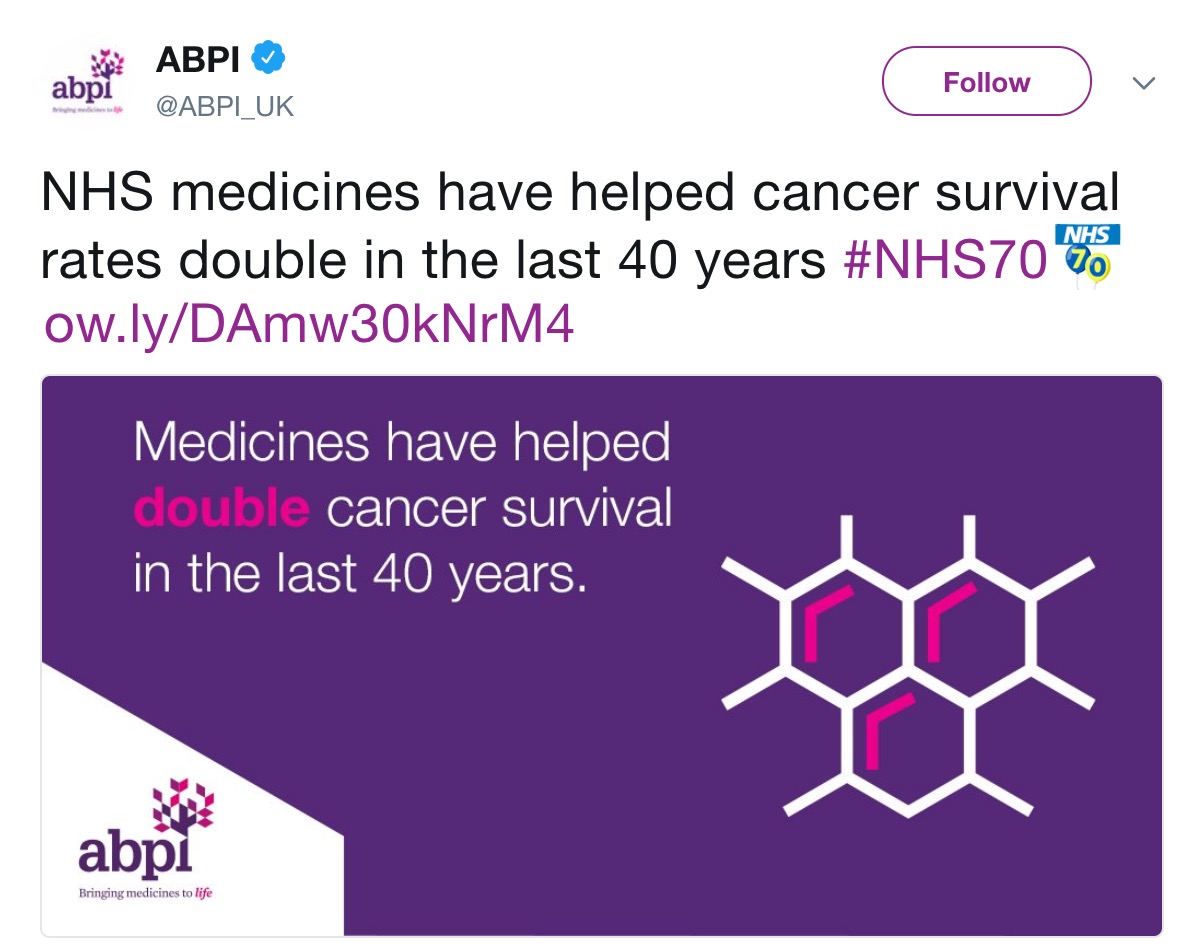 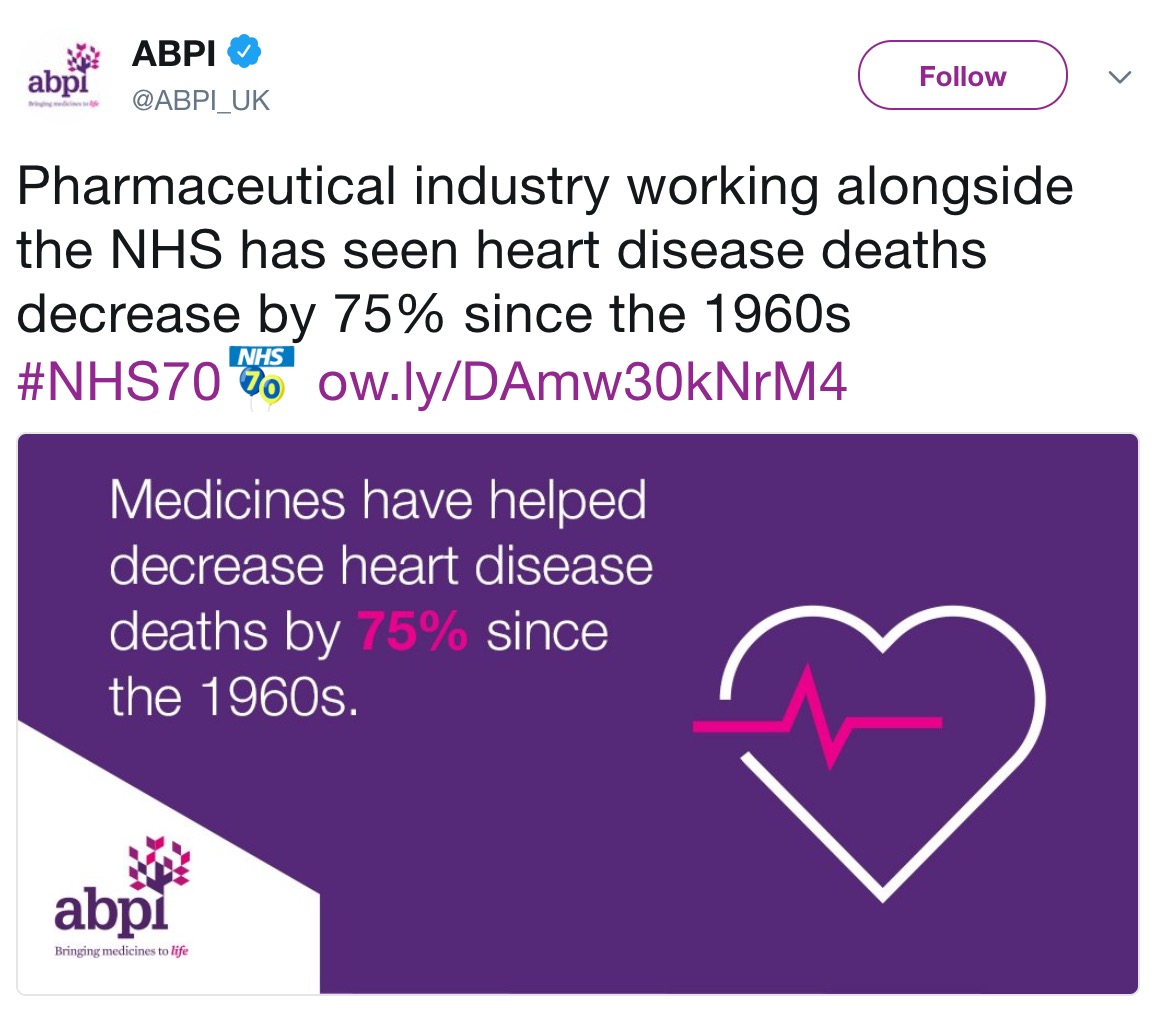 As well as developing medicines, the industry makes a significant contribution to the country’s economy. The UK’s life sciences industry is world-leading, contributing £30.4 billion in GDP.

It is also a major employer, giving jobs to 140,000 people directly in 5,500 companies and, for every person employed, the industry supports 2.5 jobs elsewhere in the economy.

Pharma giants including Pfizer UK, MSD, AstraZeneca, LeoPharma and Novartis UK offered their gratitude and praise to the NHS, expressing their pride at supplying life-enhancing medicines to the service and thanking staff for their dedication. 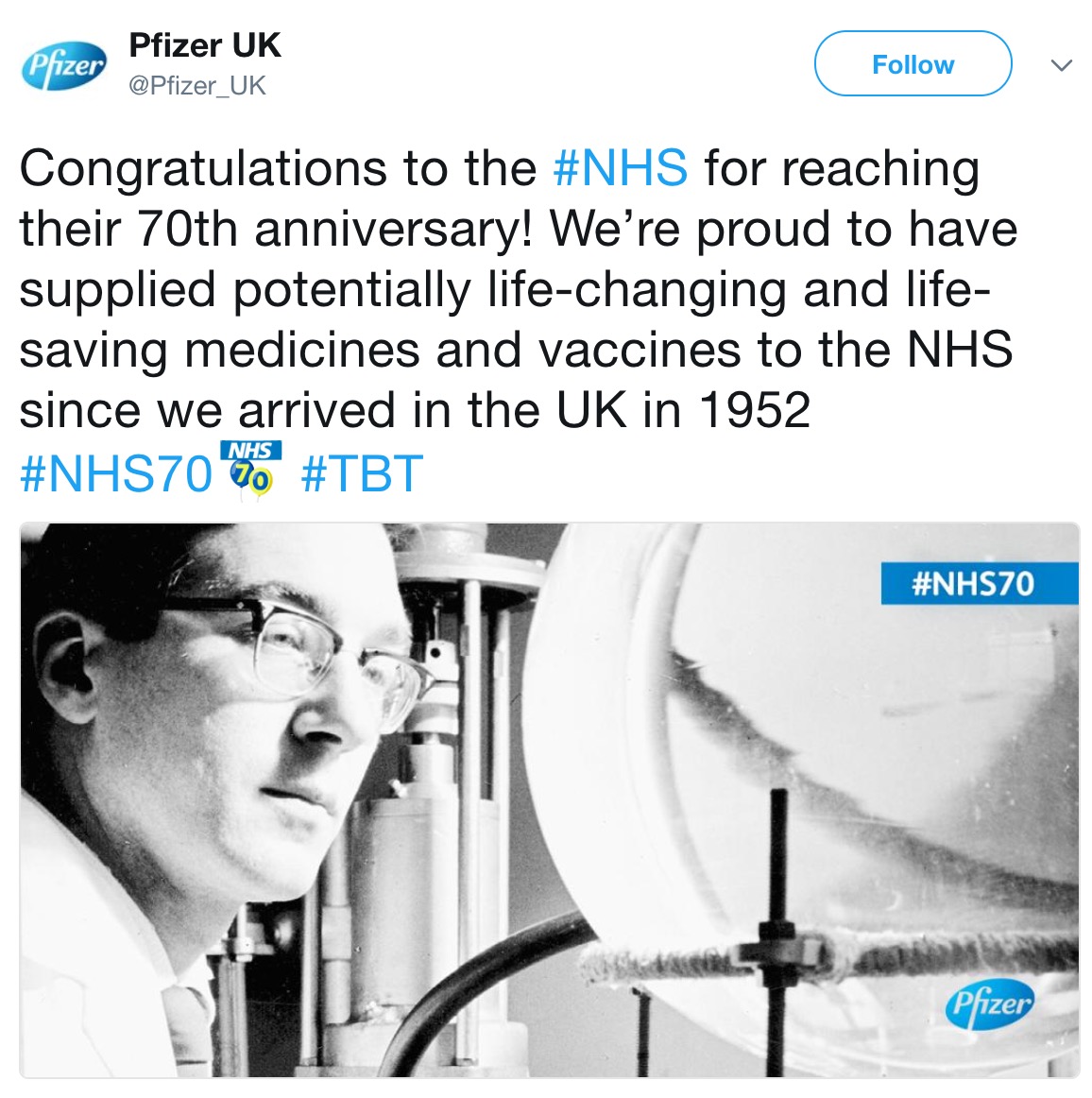 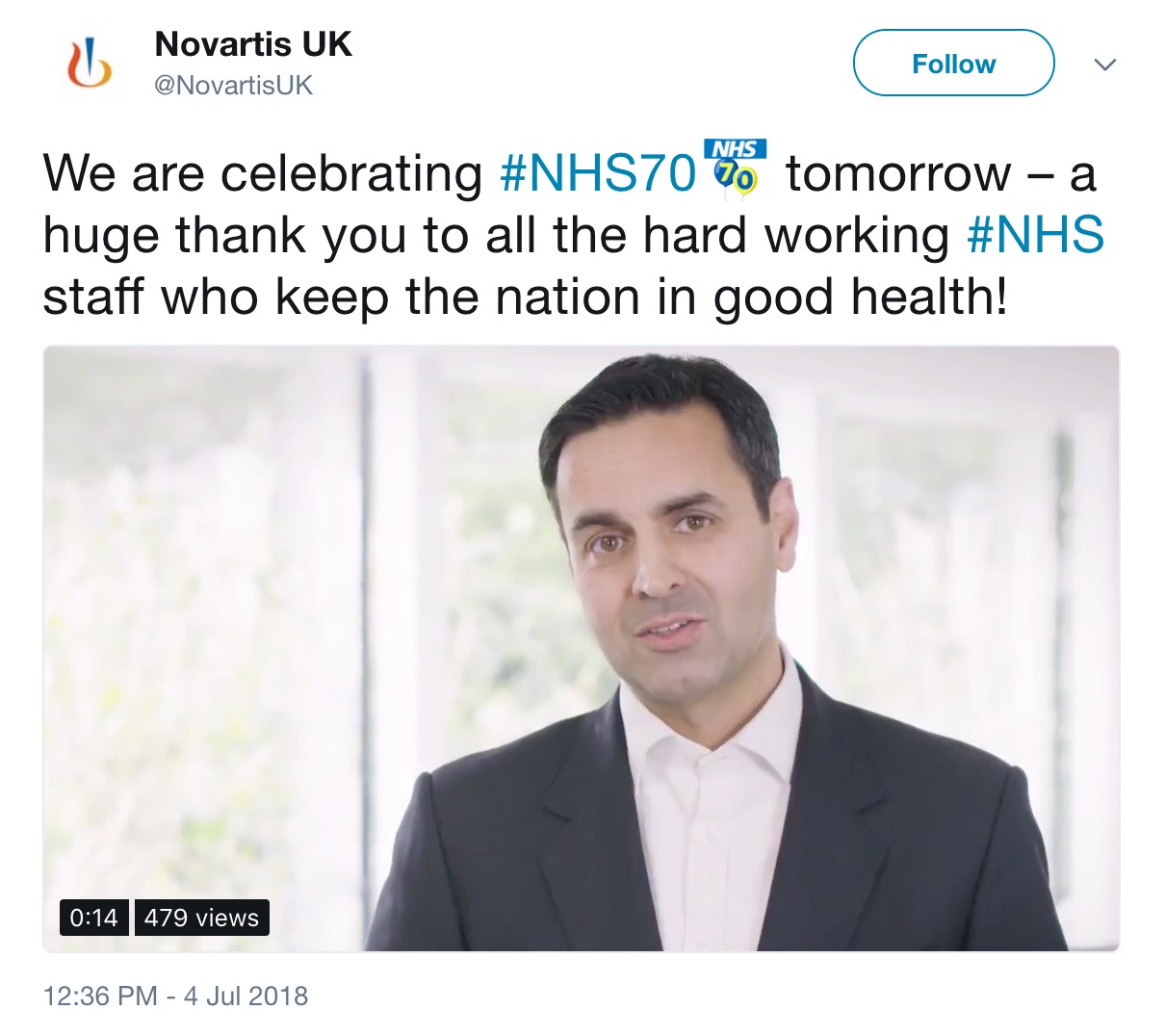 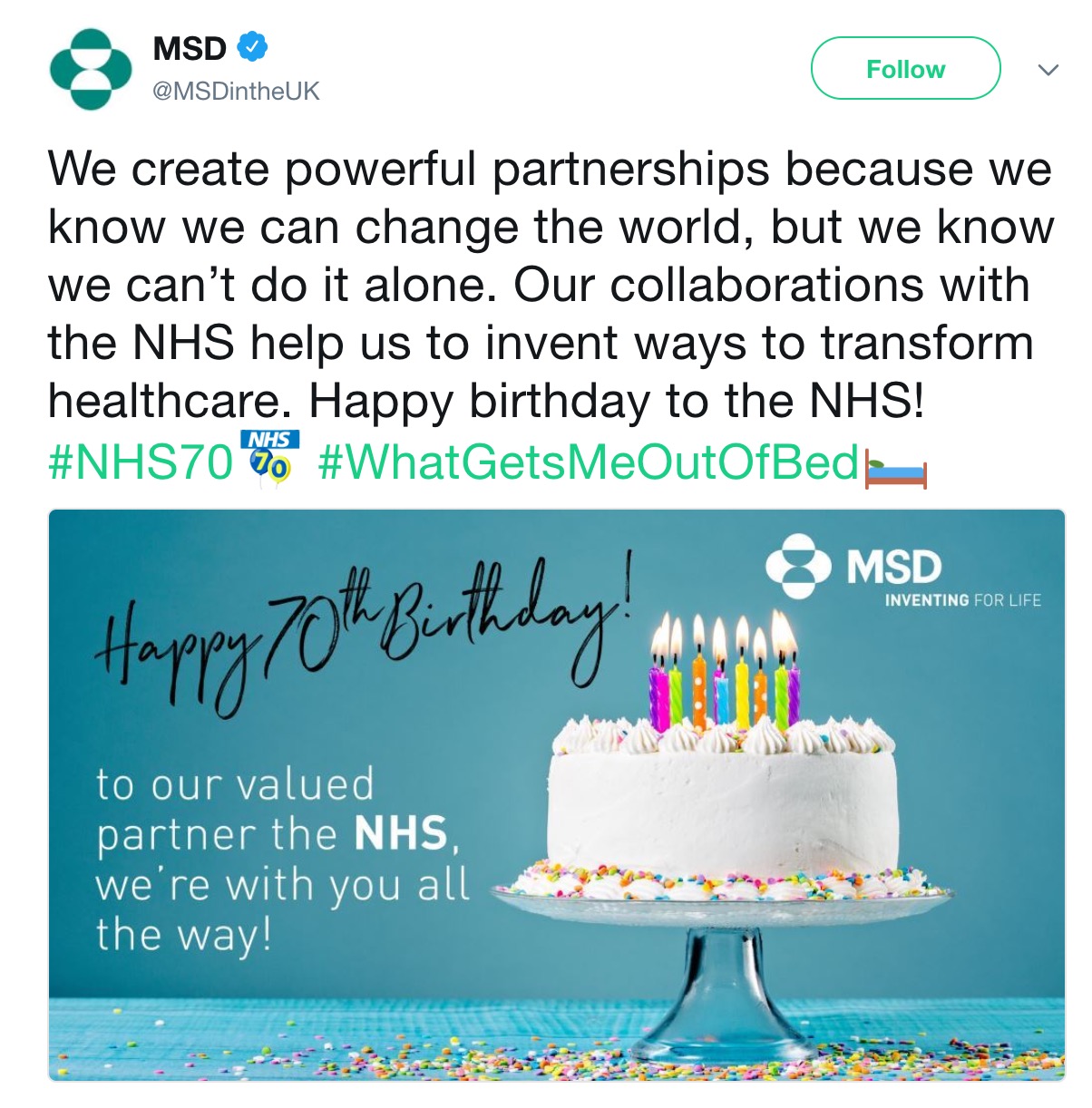 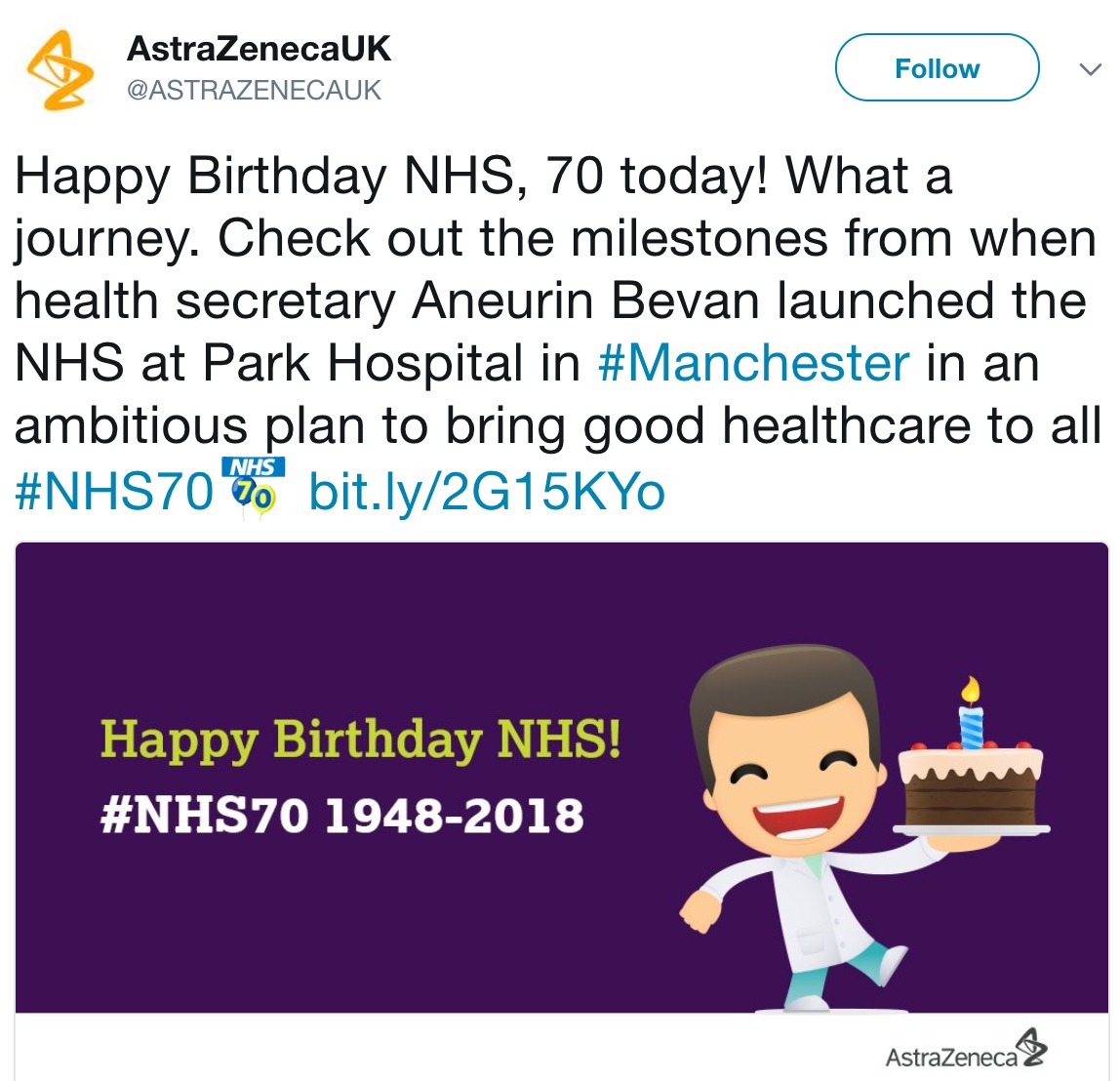 The major pharma players shared their positivity on all that has been achieved since health secretary Aneurin Bevan launched the NHS at Park Hospital in Manchester 70 years ago and reflected on the links that pharma and NHS have developed, as technology has advanced and scientists have made breakthroughs to treat conditions and illnesses that were previously untouchable.

The theme of the message from the ABPI and its member organisations is one of symbiosis and mutual respect, illustrating how – despite the many challenges facing the NHS – the pharma industry is its ally and is ever striving to improve lives.