Pfizer is considering selling its consumer healthcare business in a deal that could be worth around $15 billion.

In a press statement Pfizer said it is “reviewing strategic alternatives ” for the business, which generated revenues of around $3.4 billion in 2016.

The company originally floated the idea several years ago, though more recently it has focused on became buying, or attempting to buy, other pharma companies.

In April last year, Pfizer axed a $160 billion deal to merge with Allergan after the US government cracked down on attempts to lower tax rates by using mergers to relocate overseas.

Pfizer said it is considering a range of options including a full or partial separation, through a sale, spin-off, or other transaction, with a decision due next year.

Pfizer may also consider retaining the business, one of the largest over the counter products businesses in the world, operating in 90 countries.

While OTC products have lower margins than prescription drugs, customers are very loyal to brands, and sales have stayed constant as an ageing population seeks to find ways to stay healthy and manage any ongoing minor ailments.

The announcement sparked speculation that a number of health companies would be interested in buying the Pfizer business.  These include GlaxoSmithKline, though it is already looking to buy Novartis out of its joint venture in consumer health for around £8bn ($10.5bn). Others include Reckitt Benckiser, Procter & Gamble,  Abbott and Johnson & Johnson, which is the world’s biggest player in the market, earning $13.3 billion from consumer health last year.

Food giant Nestle may also consider a tentative move into the healthcare market, and an insider suggested Pfizer anticipates bids from a broader range of companies.

While Bayer and Sanofi have a consumer health presence, they are busy absorbing Monsanto and Boehringer Ingelheim’s consumer businesses respectively and may be less likely to bid. 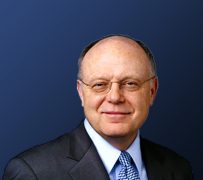 Pfizer’s CEO and chairman Ian Read said: “Although there is a strong connection between Consumer Healthcare and elements of our core biopharmaceutical businesses, it is also distinct enough from our core business that there is potential for its value to be more fully realised outside the company.”

“By exploring strategic options, we can evaluate how best to fuel the future success and expansion of Consumer Healthcare while simultaneously unlocking potential value for our shareholders.”