The FDA has given a green light to two formulations of Pfizer’s tafamidis that have become the first drugs to be approved in the US for cardiomyopathy associated with rare disease transthyretin-mediated amyloidosis (ATTR).

The two formulations – Vyndaqel and Vyndamax – have been cleared to treat cardiomyopathy in patients with both wild-type and hereditary ATTR, a “rare, debilitating and often fatal disease,” according to the FDA’s head of cardiovascular and renal drugs Norman Stockbridge.

Pfizer thinks the two tafamidis drugs have blockbuster potential, thanks to a $225,000 per year list price, and analysts are predicting that the pair – which have different dosing schedules – could top the $1 billion sales threshold in 2024.

Vyndaqel is a 20 mg capsule formulation of tafamidis meglumine which requires four capsules (80 mg) to be taken each day, while Vyndamax is a tafamidis free acid version of the drug that can be given as a single 61 mg daily capsule and so has more convenient dosing.

The two products are not substitutable, and the 20 mg dose is due to launch first, by 17 May according to Pfizer, while Vyndamax will be available in the latter half of 2019 as it is still being manufactured. Once sufficient supplies are available the company intends to transition all patients to Vyndamax.

In ATTR, transthyretin (TTR) protein misfolds and accumulates as amyloid deposits in the body. Transthyretin amyloid cardiomyopathy – also known as ATTR-CM – involves amyloid accumulation in the heart and has an average life expectancy of just three to five years from diagnosis. ATTR-CM is significantly underdiagnosed, with only about 1% of cases today detected prior to death although it affects around 100,000 people in the US alone.

Patients previously required a biopsy to confirm diagnosis, but latterly it has become much easier to diagnose patients using a non-invasive imaging technology called scintigraphy, and Pfizer is planning a major education drive to try to improve detection rates. Tafamidis has also just been approved for ATTR-CM in Japan.

The amyloid accumulation causes other symptoms as well, and last year two injectable drugs were approved to treat nerve damage (polyneuropathy) associated with ATTR, namely Alnylam’s gene-silencing drug Onpattro (patisiran) and Ionis and Akcea’s antisense drug Tegsedi (inotersen) which are competing head-to-head in the market and have list prices of $450,000 per year.

Vyndaqel has been approved in 40 countries, including European markets and Japan but not the US, for the treatment of transthyretin amyloid polyneuropathy (ATTR-PN). The FDA turned down Pfizer’s application for ATTR-PN in 2012, and for now the company is focusing on the cardiomyopathy segment only.

Pfizer has a sizeable lead over Onpattro and Tegsedi in ATTR-CM and looks likely to be on its own in the market for the foreseeable future, although analysts have suggested that the injectable drugs could eventually come to the forefront – assuming they work in trials – as they are quicker to exert their effects.

Pfizer acquired tafamidis along with FoldRx Pharma in 2010. It’s one of a handful of new drugs that Pfizer is relying on to help accelerate sales growth from 2020, along with new targeted cancer drugs and novel painkiller tanezumab. 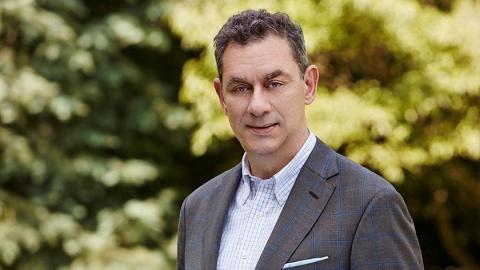