Dr Roach will lead Parkinson’s UK’s extensive £20 million research portfolio of 90 UK and international projects. He has over 25 years’ experience directing research in Parkinson’s and other neurodegenerative conditions, including the development of Parkinson’s treatments at Chord Therapeutics and Merck Serono.

Parkinson’s UK recently funded phase I and II trials in glial cell line-derived neurotrophic factor (GDNF), working in partnership with MedGenesis and Cure Parkinson’s Trust. The treatment has been hailed as a potentially revolutionary Parkinson’s treatment and was licensed by Pfizer in September, along with convection enhanced delivery (CED) technology.

Dr Roach said: “There’s never been a more exciting time in Parkinson’s research. With recent breakthroughs in genetics, I believe we’re on the cusp of finally finding ways to slow or stop the progression of Parkinson’s, something which no current treatment can do.” 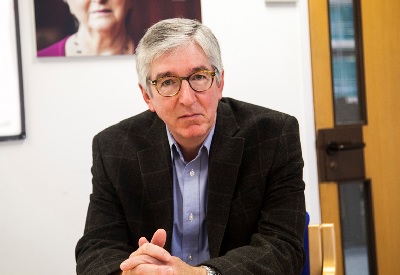 Another treatment in early stage development is AFFiRiS’ PD01A vaccine, which was also supported by a not-for-profit organisation – namely the US-based Michael J Fox Foundation – which provided a $1.5 million grant for the phase I study.

Parkinson’s affects 127,000 people in the UK, or around one in 500 of the population. It is a degenerative neurological condition, for which there currently is no cure. The main symptoms are tremor, slowness of movement and rigidity.