The National Health Service is facing a “mission impossible” as it struggles to meet increasing demand with too few resources, according to a new report.

“Mission Impossible? The task for NHS providers in 2017/18”, sets out the challenged facing the NHS in this financial year. 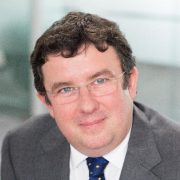 Chief executive of NHS Providers, Chris Hopson said the finance figures “don’t add up”, and said the NHS can no longer deliver against standards set out in the NHS Constitution.

He said: “It is unprecedented for us to warn the NHS will not be able to deliver on its commitments before the financial year has even started. But trusts are currently being asked to absorb a 5% plus cost and demand increase, recover the four A&E wait and 18-week surgery targets, improve care for cancer and mental health and balance next year’s books financially.”

“All on a 1.3% funding NHS England funding increase, down from this year’s 3.6% increase. Taken together, this is mission impossible.”

According to NHS Providers, representing hospitals and other NHS organisations in England, there is a forecast 3.1% increase in overall demand from patients and a 2.1% increase in costs including pay, buildings, and laboratories.

The NHS will also have to pay an extra £2.4-£3.1 billion to cover the extra cost of delivering against performance targets such as A&E and routine operations.

New commitments on cancer and mental health will cost £150-£200 million, and another £800-£900 million is needed to ensure organisations can balance their books.

The report warns that if the NHS continues on its current performance trajectory, 1.8 million people will wait more than four hours in A&E, half a million more than this financial year and an increase of nearly 40%. The government has set a target that 95% of patients should be dealt with in under four hours.

NHS leaders need to set more realistic timeframes to meet targets, review whether $5 billion spend on commissioning, the Department of Health, and quangos can be redirected to front line care, and provide more support to enable NHS trusts perform better, the report said.

For the first time, the proportion of people waiting more than 62 weeks for cancer treatment fell below 80% in January.

Almost 2,500 people had to wait more than two months for treatment to start, with almost 1,000 people waiting more than three months.

The figures also showed January was the worst on record for A&E waiting times, with 85.1% of patients dealt with within a four-hour time frame.

Despite growing calls for extra funding, the government is reluctant to provide new funding for the NHS, but has released a small funding package linked to reform.  In his budget on 8 March, the Chancellor Philip Hammond announced £425 million over the next three years to help support Sustainability and Transformation Plans (STPs), which are 44 regional plans across England aimed at integrating and streamlining healthcare services.