AstraZeneca is just days away from unveiling data from its MYSTIC trial, a new lung cancer immunotherapy combination which carries huge expectations for the company.

An announcement is expected any day, and strong results would help make the combination a challenger to Keytruda.  Merck’s drug looks set to be dominant immunotherapy treatment in NSCLC, a market which analysts GlobalData predict to hit $17 billon by 2025.

AZ will have progression-free survival (PFS) data ready in the next few days, with overall survival data (OS) expected by 2018 at the latest.

Superior PFS results to Keytruda monotherapy (with no serious safety concerns) could help chief executive Pascal Soriot persuade investors that the company is on the right track.

Several years ago he set an ambitious target to double company revenues to $45 bn by 2023, something only achievable with a few out-and-out blockbusters, with Imfinzi seen as the brightest hope.

Ahead of the eagerly-awaited MYSTIC results, AstraZeneca has been keen to show investors that its cancer portfolio doesn’t just depend on durvalumab.

Today it has announced that another new oncology treatment, this time for renal cell carcinoma, is entering a phase 3 open label study.

The drug is savolitinib, a highly selective inhibitor of c-MET receptor tyrosine kinase, which AZ is co-developing with China-based company Chi-Med.

The small molecule drug is being studied in c-MET-driven papillary renal cell carcinoma (PRCC), the most common of the ‘non-clear cell’ renal carcinomas, and accounting for 10-15% of RCC.

Multiple studies indicate that PRCC is c-MET-driven in 40-70% of patients, and Chi-Med and AZ believe they have spotted a niche for their targeted agent. The trial will be the first pivotal study ever conducted in c-MET-driven PRCC and the first molecularly selected trial in RCC.

As with many cancer types, the immunotherapies are moving in – BMS’ Opdivo is already approved in RCC, but doesn’t target a subtype of patients like savolitinib does. 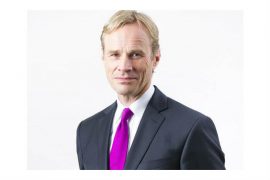 “The launch of the SAVOIR trial, designed to support product registration in the US. and Europe, continues to advance our strategy to deliver innovative medicines to major markets worldwide,” said Christian Hogg, Chief Executive Officer of Chi-Med.

“Based on the results of our phase 2 study, we believe savolitinib has the potential to bring meaningful clinical benefit to patients with c-MET-driven PRCC. We also expect to further understand the correlations between c-MET alterations and patient outcomes through epidemiological analyses using our newly developed companion diagnostic assay.”

The initiation of the phase 3 trial has triggered a $5m milestone payment to the company from AstraZeneca.

In addition to SAVOIR, the companies are conducting a number of phase 1b and 2 studies of savolitinib in kidney cancer, lung cancer and gastric cancer.

AZ and Chi-Med are naturally looking into whether the drug can be combined with others, including immunotherapies.

Savolitinib is being studied in combination with other targeted therapies, such as AstraZeneca’s own Tagrisso in NSCLC, which is expected to enter phase 3 trials later this years.  Trials of it in combinations with Imfinzi and Taxotere (docetaxel) are also in progress.