May’s funding pledge could be a radical break for NHS

The NHS could receive a long-term funding plan, and end its current dependence on “cash top-ups” in order to secure its future, the Prime Minister has pledged.

Theresa May said yesterday that the government was aiming to build a political consensus on improving the health service’s productivity and reducing cost pressures.

The Treasury currently gives all public services three year budgets, but NHS England could receive a much longer term budget, such as the 10 year budget suggested by Health and Social Care Secretary Jeremy Hunt.

Presuming these plans become reality, the move will give the NHS a much firmer footing for planning its workforce, as well as change and reorganisation.

However the crucial question now is just how much extra money will be made available – and whether it will reach the levels analysts say are necessary.

Spending in 2017-18 was £124 billion, and this will rise 2.4% in the new financial year beginning on 1 April. However most analysts says this simply is enough to keep pace with growing demands on services.

Health think tank The King’s Fund estimates that based on current funding plans, the NHS faces a £20 billion funding gap by 2022/23, thanks to ageing population placing greater demands on services.

Another key test will be what strings the government attaches to the funding in order to ensure the money is well spent.

Mrs May made the remarks in her appearance before the Commons Liaison Committee yesterday, saying she wanted to find a new formula for health and social care in the run-up to next year’s government Spending Review. 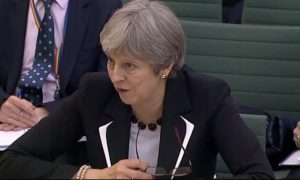 “We need to get away from this annual approach we see to the NHS budget,” she told the committee of MPs.

“We have to recognise for the NHS to plan and manage effectively, we need to get away from the annual top-ups to the budget we have seen. We do need to have a sustainable long-term plan.”

The opposition Labour party has responded by saying the health service is “in crisis” and needs an extra £5bn this year.

“I am sceptical because the government has refused to give the NHS the funding it needs over eight years.” shadow health secretary Jon Ashworth told the BBC.

Apart from Brexit and the economy, Theresa May knows that the future of the NHS remains one of the key electoral issues – and that the general public tend to trust Labour to safeguard the health service more than her Conservative party.

Reassuring the public that the future of the NHS is safe would be a political coup, therefore.

It is also very necessary: deficits are spreading and growing deeper across England’s NHS, with even the best run hospitals and local commissioners now affected.

Even more urgent is the need to find a long term solution to social care funding. The cost of caring for the elderly and infirm in the community is growing rapidly as the population ages and health needs become more complex.

The Prime Minister is also responding to growing cross-party pressure to address the funding crisis. Sarah Woolaston, the chair of the commons health committee and the liaison committee gained signatures from over 100 MPs across parties in a letter last week. They called for an urgent cross-party Parliamentary Commission to address the long-term financial needs of the health service.

The NHS in England is currently being remodeled around Integrated Care Systems (formerly accountable care systems), which ultimately aim to bring together decision making and budgets for health and social care into one seamless organisation. 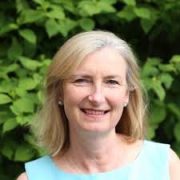 “The focus will now be on how much extra funding will be available for the NHS, when it will arrive and how it will be phased. If social care remains separate, questions remain on how consensus will be built with public and across Parliament on agreeing how funds will be raised and by whom.”

Nigel Edwards, chief executive of the Nuffield Trust, one of the leading independent health service think tanks, welcomed the PM’s remarks, but said there would be strings attached.

“Theresa May’s remarks on the need to develop a long term plan to increase NHS spending are very welcome and long overdue,” he said.

“As our analysis has shown, the NHS faces a huge underlying financial gap that is set to grow every year unless we can move beyond the current system of one-off bungs and bailouts. So the Prime Minister’s comments today signal a much-needed move away from this approach.”

Edwards said there was little doubt that any funding increases for the NHS would have strings attached, making it important that any performance targets were appropriate and achievable.

“The real test of this proposal will be in whether the sums of money the government put in are big enough to put the NHS on a genuinely sustainable footing, and whether it includes a workable solution to the equally pressing funding crisis facing social care. Without these, we may end up back at square one in a few year’s time.”

VPAS: Progress two years in and opportunities to improve over next three years