Jimenez to step down as Novartis chief, Narasimhan takes over

Joe Jimenez is to step down after eight years as Novartis chief executive, and will be leaving on a high after last week’s first-in-class CAR-T approval. 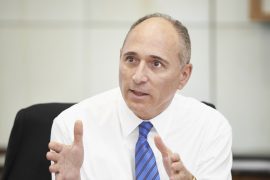 His successor is to be Vasant Narasimhan, M.D., the company’s current head of global head of drug development and chief medical officer, who will take over the top job on 1 February next year.

The company says it conducted a thorough evaluation of internal and external candidates, but decided that Vasant Narasimhan, known as Vas, was the best candidate to take the company forward.

Jimenez joined Novartis from a commercial role at Heinz with no experience in the pharma sector, but over his eight years reshaped Novartis, which is now set to be the biggest company by revenue in the next few years.

He steered the company through the patent expiry of its two blockbusters Diovan and Glivec/Gleevec, plus agreeing a $16bn asset swap with GSK in 2015.

Last week’s approval of Kymriah was a major success for Novartis, and the groundbreaking drug will help it bolster its profile as a leader in oncology.

However Jimenez is leaving challenges for his successor, including whether or not to sell off underperforming Alcon eye-care division and its $14 bn dollar stake in its hometown rival Roche. 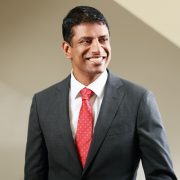 Narasimhan has played a key role in reshaping the interface between drug discovery, drug development and the commercial team, but will now oversee all of Novartis’ business challenges.

While the Kymriah approval is a major positive, ensuring the $450,000 drug is a commercial success will remain a challenge – especially as many more immunotherapy challengers are in rival pipelines.

Mr. Jimenez said: “Both from a professional and a personal perspective, this is the right moment to hand the leadership reins of the company to Vas. Our strong pipeline and the strategic moves we have taken to focus the company have put Novartis on a strong path for the future. On the personal side, after 10 wonderful years in Switzerland, my family is ready to return to Silicon Valley and the US. I’m confident that Vas will be an excellent successor.”

Still only 41, Dr. Narasimhan is part of a new generation of leaders taking over the top jobs in pharma, with both David Ricks taking over at Lilly and Emma Walmsley at GSK this year.  Significantly, he is also a trained medic – a rarity these days among pharma CEOs, having earned his medical degree from Harvard Medical School.

He followed this with a master’s degree in public policy from Harvard’s John F. Kennedy School of Government, first heading to McKinsey and then Novartis in 2005.

Dr. Narasimhan said, “I would like to congratulate Joe and express my gratitude to Joe, Joerg [Rheinhardt] and the Board of Directors. I feel honoured and humbled to be asked to lead Novartis. We will continue our legacy of bringing leading innovation to patients around the world. With our recent launches, our strong pipeline, broad capabilities, world-class leadership team, and committed people, I am very confident about our future.”

Narasimhan is a US citizen of Indian descent, and is married with two children, and lives in Basel, Switzerland.

Chairman of the board Joerg Reinhardt added: “The strength of Novartis is our ability to drive science-based innovation. Vas is deeply anchored in medical science, has significant experience in managing the interfaces between Research and Development and commercial units and has strong business acumen with a track record of outstanding achievements. As a physician, he has a strong patient focus and a genuine humane perspective and care for the mission and values of Novartis. As a result, the Board of Directors is confident that Vas is the right choice to lead Novartis on our expected next growth phase, driving innovation and further strengthening our competitive position.”

Mr. Jimenez will step down as CEO on 31 January 31, but will make himself available for advice and support at the request of the chairman or CEO until he retires from Novartis on 31 August 2018.

Casting aside CRISPR scissors and making a point with base editors