The resignation of Indivior chief executive Shaun Thaxter this week was swiftly followed by a guilty plea – and possible prison sentence – after he pleaded guilty in a US federal court to charges related to an opioid drug.

Thaxter resigned from Indivior just before pleading guilty yesterday to one misdemeanour count of mis-representing the safety of Suboxone Film (buprenorphine/naloxone), an opioid-based drug used by recovering addicts to mitigate withdrawal symptoms.

He has agreed to pay $600,000 in fines and forfeiture and faces up to one year in prison, according to the US Department of Justice. Sentencing is due to take place on 29 September.

Last year, Indivior’s former parent company Reckitt Benckiser paid $1.4 billion to settle federal and state allegations that it had mis-sold Suboxone Film. But Indivior still faces a criminal case alleging that it engaged in an illicit nationwide scheme to increase prescriptions, due to be heard on 8 September. It continues to deny wrongdoing. 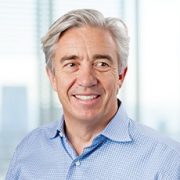 In his personal capacity, Thaxter was called to answer specific charges that he caused Indivior employees to misrepresent Suboxone Film’s safety to Massachusetts’ Medicaid programme MassHealth.

The DoJ says Thaxter asked Indivior employees to come up with a strategy to win preferred drug status for Suboxone Film over a non-opioid competitor MassHealth was considering for opioid-addiction treatment.

That included an internet and telephone service that connected opioid users to doctors known to be high opioid prescribers, it adds.

As a result, there was “false and misleading safety information with MassHealth officials about Suboxone Film’s risk of accidental paediatric exposure”, which resulted in MassHealth providing the drug to Medicaid patients with children under the age of six.

Slough, UK-based Indivior – formerly known as Reckitt Benckiser Pharma – replaced Thaxter as CEO with Mark Crossley, who has served as the company’s chief financial and operations officer for a little over three years.

Crossley’s CFO duties will be taken over by Ryan Preblick, currently head of global financial planning and analysis commercial operations at the company.

The lawsuits come after a torrid couple of years for Indivior in which it also suffered a major defeat in the US courts over patent protection for Suboxone Film, opening the door to early generic competition for the drug which accounts for the bulk of its sales.

In the first quarter of this year, the company’s revenues fell by more than a third to $153 million, having already declined from more than $1 billion in 2018 to $785 million last year.

Indivior said in May that it had raised the provision set aside to cover potential product liabilities to $621 million from $438 million.

It is trying to compensate with the launch of new products such as long-acting schizophrenia therapy Perseris (risperidone), but sales of that product have been modest so far at just $3 million in the first three months of 2020.

It also sells another buprenorphine-based opioid withdrawal product called Sublocade in the US, and recently claimed approval for the drug as Subutex in Sweden, its first European market. The EMA’s human medicines committee recommended approval for Suboxone Film in the EU earlier this year.

Corrected to indicate that Reckitt Benckiser made a $1.4 billion settlement last year, and that Mark Crossley is Indivior’s permanent CEO