Breaking point is now ‘the norm’ for NHS, warn doctors

NHS patients should prepare for delays in operations and hospital treatment due to a lack of beds, England’s doctors have warned.

The warning comes from the British Medical Association (BMA), who have published a new analysis showing that overnight hospital beds in England have decreased by a fifth in a decade.

The news comes amid warnings that councils will have to raise hundreds of millions of pounds due to a shortfall in funding for social care – a major cause of hospital overcrowding while patients wait for council-funded community care.

The BMA report follows leaked figures suggesting January had been dire for the NHS, with the highest proportion of A&E departments missing a four-hour waiting target since records began.

A mismatch between supply and demand for beds is responsible for the delays in emergency departments, said the BMA.

Figures from the BMA show that in the first week of January this year, almost three quarters of hospital trusts had an occupancy rate over 95% on at least one day of that week.

The recommended occupancy rate is 85%, in order to give hospitals can operate smoothly and deal with peaks and troughs in demand.

There has been a 44% decrease in the number of mental health beds since 2000/01 – between March and October last year, an average of 726 mental health patients had been given out of area placements each month. 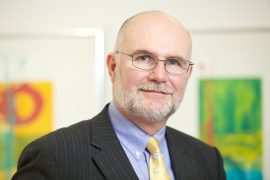 BMA council chair, Dr Mark Porter, said: “High bed occupancy is a symptom of wider pressure and demand on an overstretched and underfunded system. It causes delays in admissions, operations being cancelled and patients being unfairly and sometimes repeatedly let down.”

Porter added that failures in social care are having a knock-on effect, meaning patients stay longer than necessary in hospital while they wait for community-based care to be arranged.

He said: “When social care isn’t available, patients experience delays in moving from hospital to appropriate social care settings which damages patient care and places a significant strain on the NHS.”

Porter made his comments as councils across the country are reportedly going to increase council tax rates by almost 5% to pay for care for older people in their budgets this April.

The Local Government Association, representing councils, expects increases of up to 4.99%, mainly to cope with increased demand for social care.

All councils can raise council tax by 1.99% in April without having a local referendum but those in England can increase bills by an extra 3% as long as that money goes on social care.

According to the LGA, 147 of 151 social care authorities are considering or have approved the social care precept in 2017/18, in order to raise around £543 million for social care services.

The relentless bad news emerging from the NHS is causing public concern to grow. A survey conducted by IPSOS Mori and the Economist Issues Index found concern about the health service had risen 9% since December to 49% considering it one of the biggest issues facing the country.

This has led to growing speculation that Chancellor Philip Hammond will unveil a new emergency injection of cash for the NHS in his budget on 8 March – however few health observers predict this will be enough to secure long-term stability for the health service.

Biosimilars in oncology: a €2billion opportunity for European healthcare