The promise of being able to test drugs more effectively and efficiently before they enter human trials using ‘organs on chips’ is gathering pace, thanks to a new collaboration between Emulate and the FDA.

Emulate is a technology company which has been working in the field since 2013, having spun out from research pioneered at Harvard’s Wyss Institute. It has now created several generations of the devices which recreate human organ systems in miniature micro-engineered chips about the size of an AA battery. 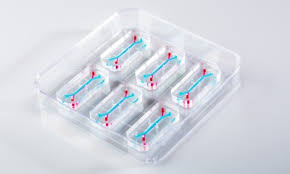 The devices promise a revolution in pre-clinical drug testing, which currently relies on animals. These trials often prove inaccurate at predicting how humans will respond to drugs – and adding to this ethical concerns about animal testing – there is a great hope the new collaboration will help accelerate their uptake.

The new alliance announced this week is in fact focused on developing a precise model for studying the effects of potentially harmful chemical and biological hazards in food, cosmetics or dietary supplements than is now available – opening up a far wider use by the US federal agency and its huge remit.

Emulate has entered into a multi-year Co-operative Research and Development Agreement (CRADA) with the FDA Office of Foods and Veterinary Medicine.

The CRADA studies will use Emulate’s Human Emulation System, comprised of Organ-Chips, instrumentation and software apps. The system recreates the natural physiology of specific human tissues and organs, and is designed to provide a predictive model of human response to diseases, medicines, chemicals, and foods with greater precision and detail than other preclinical testing methods, such as cell culture or animal-based experimental testing. 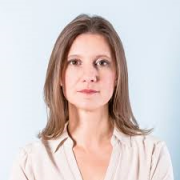 “We are looking forward to combining our expertise with leading researchers at FDA to explore how our Organs-on-Chips technology integrates with existing product testing frameworks – opening the potential for a new paradigm for establishing improved standards, creating more predictive models, and helping to better evaluate safe products for human use,” said Geraldine A. Hamilton, Ph.D., President and chief scientific officer of Emulate.

“We are excited to begin this relationship with FDA as a potential first step toward accelerating the adoption of our Human Emulation System for broad application as a new testing platform for a wide range of products that are reviewed and approved by regulatory authorities to protect and improve human health.”

In the collaboration, FDA and Emulate researchers will initially use Emulate’s Liver-Chip from multiple species (Human Liver-Chip, Dog Liver-Chip, and Rat Liver-Chip), to conduct studies to assess the cross-species differences in toxicology data between humans and animal species. The collaborators plan to publish the data and findings from the CRADA studies.

The CRADA collaboration agreement allows for future expansion to additional Organ-Chips, including the Intestine-Chip, Lung-Chip, and Cardiac systems. The partners say that depending on the evolution of the research and additional areas of interest, Emulate may conduct further training of FDA researchers on the Human Emulation System.

The company is also aiming to expand its business through working directly with the pharma and biotech sectors as well, of course. Emulate recently opened new headquarters in Boston, Massachusetts, to be close to this nerve-centre of research, and has already established partnerships with two big pharma companies, Merck and Janssen.