Europe’s medicines regulator is expecting higher-than-anticipated staff departures as a result of its Brexit-induced move from London to Amsterdam next year.

Staff losses could prove to be in excess of the European Medicines Agency’s own estimates that it 19% of its workforce will not follow it when it moves to the city, according to its executive director. 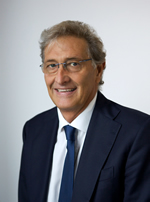 Guido Rasi (pictured) told Bloomberg: “The level of uncertainty is still high because of practicalities. We are monitoring it on a daily basis.”

However, he added the agency had a reserve list of more than 1,000 applicants that it can go to when it needs to fill vacant roles.

Finding jobs for spouses and partners, uprooting children and housing searches are just some of the issues employees face if they chose to follow the EMA to Amsterdam when Britain leaves the EU in March 2019.

But if they do go they may benefit from a lower cost of living than London and the move could also have an impact on those currently employed as short-term contractors, because Dutch law allows them to become permanent after two years.

The 900 strong EMA workforce is moving to the Netherlands just as the regulator begins evaluating greater numbers of more complex products, such as therapies that correct gene defects. However, Rasi told Bloomberg he did not expect a slowdown in new drug approvals.

In addition to staff retention concerns, the huge amount of work required to relocate the EMA is already delaying training in areas such as the evaluation of gene therapies as well as slowing improvements to the regulator’s technology systems.

The European Union chose Amsterdam last November over 18 other European cities looking to be the agency’s new site after it won a coin-toss against Milan to clinch the prize as part of the post-Brexit arrangements.

Last week saw the laying of the foundation stone for the EMA’s new headquarters building in the Zuidas area of Amsterdam, which it said remained on-track for its November 2019 deadline, with an interim plan in place to house employees in the Spark building until construction work ends.