Clinton ad keeps drug pricing – and Shkreli – in the spotlight 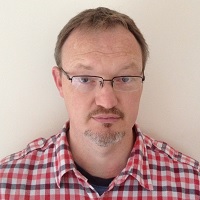 Turing and Shkreli’s ill-advised decision to hike the price of life-saving toxoplasmosis drug Daraprim (pyrimethamine) now forms the centrepiece of an advertising campaign drawing attention to Clinton’s proposals to rein in spending on pharmaceuticals.

While only the most jaded observer would consider Shkreli a suitable representative for the entire pharmaceutical industry, the Daraprim scandal has catapulted medicine pricing and healthcare reform to the top of the US political agenda as the presidential nomination race gathers steam.

Clinton’s manifesto includes a pledge to allow Medicare to leverage its buying power and negotiate discounted prices from drugmakers – which is fairly uncontroversial – but also a plan to force companies to justify their pricing so consumers know “if they are buying value or simply subsidizing high profits.”

It is clear that while Turing and Shkreli have become a political focal point, the intention is to cast the net far more widely to try to snare companies engaged in price-gouging. However, she asserted in a Facebook Q&A on September 28 that “biotech companies working on life-saving breakthroughs won’t have anything to fear from my plan.”

Other companies dragged into the frame as a result of Turing’s actions include Canada’s Valeant, which has seen its shares hit hard after senior Democrats – including Vermont Senator Bernie Sanders – called for a subpoena forcing it to disclose documents related to what they describe as “massive” price hikes.

They also want Valeant’s chief executive Michael Pearson to testify in front of the House Committee on Oversight and Government Reform, which is in the midst of an investigation into medicines pricing in the US.

The big question is whether the current focus on this issue will be retained in the coming months or recede as other issues come to the fore, which is often the case as presidential campaigns rumble along.

Despite Shkreli’s pledge to backtrack on the Daraprim price increase there is still no word from Turing on what form that might take – or indeed when it may occur, leading some observers to suggest the company is waiting for the current fury to abate.

It is has also prompted renewed calls to give the FDA extended powers to seek out and fast-track the approval of generic alternatives, according to a New Scientist article.

Clinton has meanwhile upped the ante in the offensive against Turin. Whereas before she had simply called for a reduction, she has now sent a letter to Shkreli urging him to “do the right thing [and] lower the cost to its original price.”