Biogen’s multiple sclerosis franchise has been handed a boost with the US approval of Vumerity, a follow-up to its blockbuster Tecfidera that promises to be less likely to cause gastrointestinal side effects.

Tecfidera (dimethyl fumarate) has been Biogen’s biggest-selling drug for several years, adding $4.3 billion to its top-line last year, but has been slowing down as a result of competition from newer MS therapies like Roche’s Ocrevus (ocrelizumab), Novartis’ Mayzent (siponimod) and Merck KGaA’s Mavenclad (cladribine).

Tecfidera is also facing the threat of generic competition, following a patent challenge from Mylan that if successful could reduce marketing exclusivity for the drug in the US from 2028 to 2020 or early 2021.

The FDA has approved Vumerity (diroximel fumarate) for the treatment of relapsing forms of MS, including relapsing-remitting and active secondary progressive forms, says Biogen and development partner Alkermes, which stands to receive a $150 million milestone payment following the FDA approval.

They say that the new drug offers “a combination of well-characterised efficacy, safety and tolerability” and will be launched in the US in the near future, but has so far declined to provide any details on its price.

A head-to-head trial of Vumerity versus Tecfidera found that the rate of treatment discontinuation with the new drug due to GI side effects was 1%, compared to nearly 5% with its predecessor. An earlier, non-comparative study found that Vumerity’s impact on relapses in MS was comparable.

The question now for Biogen is whether that difference is sufficiently compelling to encourage patients to switch from Tecfidera, or to start with Vumerity rather than one of its rival therapies.

That may not be enough to offset declines in Tecfidera, particularly if patent litigation doesn’t go its way, but will help soften the blow. And there’s no questioning that Biogen is facing big challenges as another of its top drugs – spinal muscular atrophy treatment Spinraza (nusinersen) – faces competition from Novartis’ one-shot gene therapy Zolgensma (onasemnogene abeparvovec).

Of course Biogen has an outside chance of a big pipeline win, if it can secure approval for Alzheimer’s disease candidate aducanumab, which had been written off earlier this year but has now been resurrected after a fresh look at pivotal trial data. 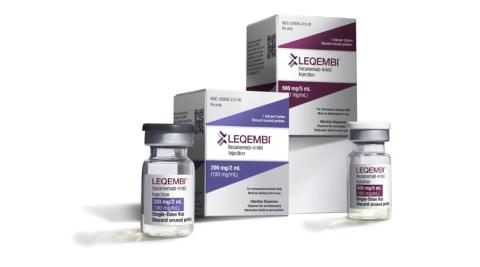