Werner Baumann has been named as the new chief executive of German pharma company Bayer, replacing the outgoing Marijn Dekkers.

Currently the company's Chief Strategy and Portfolio Officer (CSPO), Baumann has spent his entire career at Bayer, rising through the ranks of the company after studying economics. 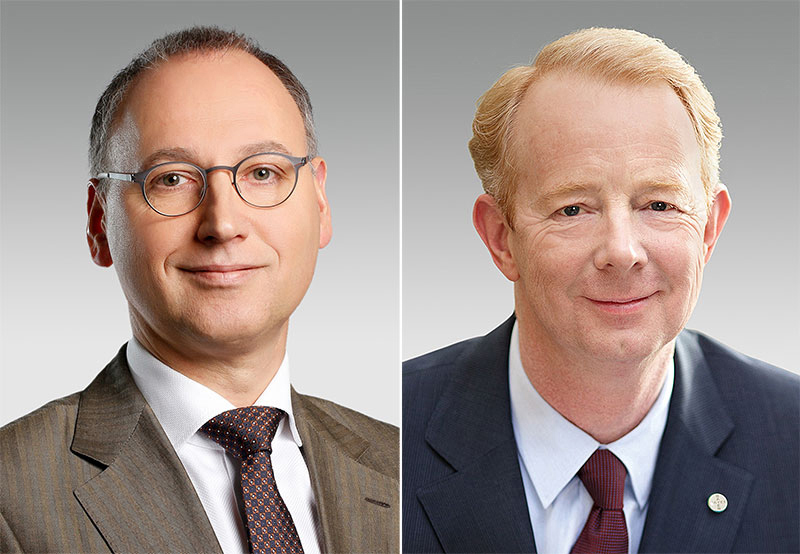 Werner Baumann (left) takes over from Marijn Dekkers in May

As is common in Germany's companies, the succession has been smoothly managed: Marijn Dekkers first announced his intention to step down in 2014, and shortly afterwads Baumann was installed in his current strategy and portfolio role.

Mr Dekkers was originally set to depart in December, but has now elected to step down from 30 April.

Baumann is to retain his existing strategic responsibilities, which include mergers and acquisitions - leading many to believe he will be on the hunt for some large scale purchases. Animal health company Zoetis and Pfizer's consumer health division, should it be spun-out as mooted, have been named as possible targets.

These acquisitions would be in line with Bayer's new focus on its Life Science divisions. This was helped by the divestment of its polymer materials business, which began operating independently under the name Covestro in October. It followed this with the sale of its Diabetes Care division (including blood glucose monitors and lancing devices) to Panasonic in January for around 1 billion euro.

From January, the company has been organised into three divisions: Pharmaceuticals (encompassing human and animal medicines) Consumer Health and Crop Science.

The company has also just announced it will increase the shareholder dividend for 2015 of 2.50 euro per share, with total divident payout rising 11% to over 2 billion euro.  The company presents its 2015 results tomorrow.