Play to learn? Gamification in healthcare

Are you ready to ‘play to learn’? The latest trend in healthcare is to make this subject fun and hence more engaging and effective for both preventative healthcare and management of chronic conditions. This is the job of gamification.

Despite vast sums of money being spent on treatments globally, preventative healthcare remains widely neglected. Many people find it inconvenient, boring or they are simply not educated/aware enough, and fail to relate to it on a daily basis. As a result, obesity, diabetes, migraines, and ergonomic and psychiatric diseases and disorders are on the rise. There is a great need to increase participation in preventative healthcare, and that is where gamification can help.

A simple example of gamification is a weight loss competition where the person who loses the maximum weight in the stipulated time, usually by adhering to a certain diet and lifestyle, wins.

Figure 1: Screenshots from an app which teaches neuro transmission and synaptic activities

With the increase in smartphones, gamification in healthcare has found new life; it can be used to create healthy competition among peers using a social angle, while at the same time positively affecting health.

In one interactive app, for example, users lose money if they cannot fulfil their fitness commitments, which could be following a particular set diet, spending time regularly in the gym, or taking periodic runs. Those who don’t complete their tasks risk losing money to those who exercise faithfully.

Gamification is already used widely in other industries, resulting in better employee engagement and hence better results. The main contributor to its success is its exploitation of the competitive spirit in all of us, and the fact that we like to compare ourselves with our peers in this social media-obsessed space. There is also the factor of monetary benefit where competition is involved.

But in terms of technology, innovation and experiences, what has gamification brought to the healthcare industry that is new?

As we know, video games are capable of garnering players’ attention for hours, and gamification seeks to bring this same focus to health issues. It can increase awareness through indulging in Q&A about a certain medical shortcoming, or be used to mitigate worry and stress by diverting attention away from the main source of pain.

For example, back in 2003, researchers at a leading US university developed a virtual reality game set in a world of snow, to help patients with severe burns. The game was built on the idea that pain competes with other mental stimuli for our limited amount of attention. In this world, players move around an environment full of penguins, snowmen and woolly mammoths, which they have to shoot with snowballs. So much is happening during the experience that patients have no spare capacity to think about anything else. Thus, because they can’t think about their burns, amazingly, they report feeling less pain.

The most riveting video games have powerful storylines. Based on this theory gamification also seeks to increase involvement through game-based elements, with storylines and plots that justify taking a particular action.

Elisabeth Whyte, a researcher in the Developmental Neuroscience lab at Penn State University is working on a project to develop game-based interventions for individuals with autism. By helping to improve abilities such as making eye contact with other people and understanding emotional expressions on faces, the hope is that the games will improve interpersonal skills.

• It allows doctors to create and control a ‘virtual patient’ and even control variables such as numbers of cigarettes consumed and kilometres run.

• It diagnoses the impact of an extra cigarette in a day, from a health and social perspective.

• It has tools to adapt it to environmental variables and shows how a particular patient would respond depending on their individual behaviours and psychological aspects. 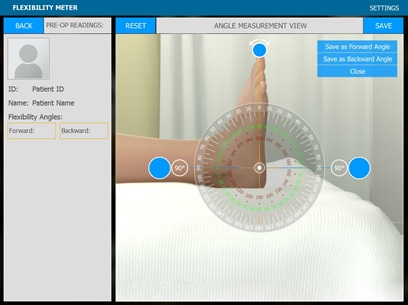 Figure 2: An app to compare pre-op and post-op flexibility of joints using a gyroscope

A Minnesota-based insurer has launched a gamification app, which encourages fitness-related contests among friends. It has another game undergoing testing and development that targets overweight adolescents at risk of developing diabetes and promotes physical activities, like dancing, for maintaining good health. Through investing in such apps, health insurers recognise that healthier customers tend to be less of a financial risk to their businesses.

Having a chronic illness is no fun, but there are companies creating entertaining platforms, based on classic games like Solitaire and Jeopardy, with the goal of managing them. The idea is to pull the patients into the games using tested and familiar game mechanics that are easy to learn.

In 2007, a company tested a game for diabetics based on another popular video game of the time. The response was impressive, with over 3,000 patients playing it ‘regularly, with very little marketing’.

Figure 3: Left: Screenshot from a digestion app with an interactive and engaging quiz module; right: A game where players have to manage LDL/HDL ratio to stay alive.

However, the challenging part is to retain user interest in the game or app, once the ‘gamer’ has started to play it. The idea is to create as long-term a change as possible, maybe even a new habit. Simply put, these games need to continue to be meaningful even after the initial few months. Developers in the gaming industry are well aware of this and build a number of steps into the games that make users come back for more. These include:

1. Meaningful incentives: People are often attracted to a particular gamification app based on the incentives it offers. Apps need to be well designed and appropriate to engage the masses and players can choose from a diverse offering, be it cash rewards, coupons, a T-shirt or a water bottle with a brand’s logo on it.

2. Short-term rewards: Rewards are offered over a period of days or weeks, rather than months and years. This provides more daily activity and the yearning for instant gratification is fulfilled. Trying to instil healthy behaviours over the long term generally fails. The trick is to aggregate or build up short-term behavioural patterns that will last for the long haul.

3. Maximised involvement: Apps or games should be designed so that as many people as possible can get involved as easily as possible. A strong social connection helps players to relate to one another and track each other’s progress, thus promoting deeper involvement. 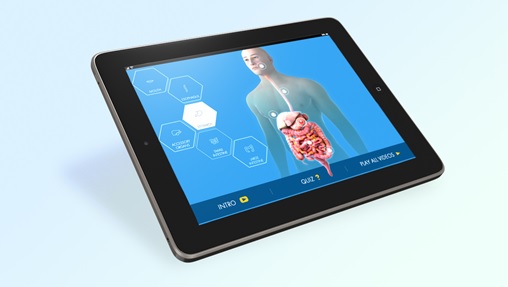 Figure 4: Quiz feature on an app

4. Humour!: It helps to add an element of humour, or playfulness, to the design. No-one wants to be a ‘patient’; no-one wants to have a ‘condition’. Humour can introduce a healthy distraction, even for patients with serious conditions. So, if educational content is included as part of a gamified programme or intervention, it should be written in a way that is both useful and playful.

5. Promoting motivation: A combination of extrinsic and intrinsic motivation is key. Points, prizes and badges can be strong motivators, but they only go so far. Patients also need to understand why they are engaging in the healthy behaviour and they need to want to achieve the ultimate prize of better health, not only for themselves but also for their families.

The recent wave of gamification has brought a lot to preventative healthcare, not least better awareness about common diseases and the ill-effects of an unhealthy lifestyle. But gamification faces certain challenges in the health sector, mainly involving customer privacy. It is crucial that patient privacy is not violated, in terms of data collected by most online apps, as they have the health history of a particular client and can even be misused.

With an estimated 500 million people using healthcare mobile apps by 2015, app developers are working overtime. Gamification itself is evolving, with better concepts and superior gameplay being supported by cutting-edge technology; and it looks set to help evolve the healthcare industry too.

In 2011, China had a 266.27 per cent increase in its healthcare spend over that of 2001 – at $432 per person – the highest percentage growth in the world. The US, with a 25.8 per cent increase, spent an amazing $8,607 per person – the biggest spender. Today, as smartphones become cheaper and technology more easily accessible, people are turning towards gamification as a way to help reduce the enormous healthcare costs faced by our generation.

Ashish Khera is a bio-mechanical engineer from Carnegie Mellon University. He has over 15 years’ experience in the Fortune 500 medical device/pharma industry and is the co-founder of Scientific Animations, a premium medical animation studio supplying animation needs worldwide. More information on the company’s app developments is available.

Have your say: Is gamification the answer to support healthier lifestyles and reduce the burden on healthcare systems around the world?