A cocktail of drugs including Roche’s Tecentriq has failed to improve progression-free survival in ovarian cancer patients, before or after surgery.

Roche had added Tecentriq (atezolizumab) to its Avastin (bevacizumab), plus the chemotherapies paclitaxel and carboplatin, and was comparing it against the last three drugs plus a placebo in the phase 3 IMagyn050 study.

But the results showed that Tecentriq did not meet the primary goal of progression-free survival in this group of newly-diagnosed patients.

Roche’s Genentech unit said the trial will continue running to see if it can meet its other primary endpoint of overall survival, for which data is not ready.

It’s just the latest example of how nothing can be taken for granted with immunotherapies such as Tecentriq, a PD-L1 class drug.

While in some cases they have produced startling positive results there have also been some spectacular failures, and it’s still unclear why some tumour types have responded while others have not.

Tecentriq is already approved by the FDA in nine different indications ranging from bladder cancer to lung and liver cancer.

This includes studies evaluating Tecentriq both alone and in combination with other medicines.

Tecentriq works by binding with a protein called PD-L1, which is expressed on tumour cells and tumour-infiltrating immune cells.

By inhibiting PD-L1, Tecentriq may activate T-cells which then go on to attack the tumours, which had been previously shielded from attack.

In Q1 results announced earlier this year, Tecentriq was one of Roche’s fastest growing sources of revenue, with sales almost doubling compared with the same period last year to 644 million Swiss francs ($673 million).

However the company needs to find new sources of revenue because sales of its “big three” cancer drugs Avastin, MabThera, and Herceptin are sliding thanks to competition from cheaper biosimilars. 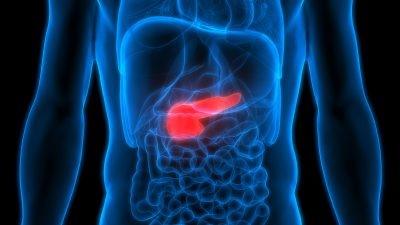 Led by researchers at the John Hopkins Kimmel Cancer Center, the

Children in England with peanut allergies could be among the first in Europe to get access to Aimmune's oral immunotherapy Palforzia, after the drugmaker agreed a supply deal with NHS Engla

A study by UK researchers has found that buying patterns for over-the-counter (OTC) medicines for pain and indigestion, recorded using a store loyalty card, could be used to pick up early s

Ovarian cancer, Olivia, and the OCC – part one

GSK hits another oncology hurdle as Zejula use is limited ag...

GSK has had another setback in its oncology business, after the FDA asked it to restrict use of its PARP inhibitor Zejula in ovarian, fallopian tube, or primary peritoneal cancer to patient

Last month, pharmaphorum had the chance to speak with Dr Isabelle Ray-Coquard, professor of medical oncology (specialism sarcomas and GISTs) at the Centre Léon Bérard (CLB), a hospital 100%

CAR-T therapies have revolutionised the treatment of some blood cancers, but so far haven't been able to repeat that success in solid tumours.

With this year's influenza season off to an early start and showing signs of being particularly aggressive, the EU has extended the approved uses of Roche's antiviral Xofluza to include tre

Genentech withdraws US indication of Tecentriq for bladder, ...

Merck & Co's Keytruda is the undisputed market leader in immunotherapy for non-small cell lung cancer (NSCLC), but was leapfrogged by Roche's Tecentriq in the early-stage, adjuvant trea

Roche's closely-watched combination of anti-TIGIT antibody tiragolumab and PD-L1 inhibitor Tecentriq has shown long-term efficacy in an ongoing trial in lung cancer, adding to the evidence

Merck gets EU approval for Keytruda in triple-negative breas...

Merck & Co has claimed EU approval for Keytruda in triple-negative breast cancer (TNBC), a particularly hard-to-treat form of the disease.

Roche has claimed an earlier-than-expected FDA approval for its checkpoint inhibitor Tecentriq in non-small cell lung cancer (NSCLC), giving the drug a lead in early-stage cases that can be