Chancellor Phillip Hammond is to announce new investment into Artificial Intelligence today as part of the Autumn 2017 Budget, in an effort to help the UK become a world leader in the revolutionary technology.

The news has been welcomed by the sector, but Europe’s largest private AI firm says it is only part of a broader solution to truly embrace the technology.

A recent government independent AI review, recently concluded that substantial investment in AI today could help generate an extra $814 billion (£640 billion) for the UK economy by 2035.

In order to grow the UK sector, the review made several recommendations, including the formation of an AI Council, a programme to support public sector AI use and guidance on implementing AI in industry.

Reports are now suggesting that Hammond has listened to these recommendations, with plans to put £20 million toward supporting UK AI businesses, £45 million toward encouraging more PhD students to work in the sector, and £9 million toward the establishment of an AI advisory body.

Many firms have spoken in favour of the plans, including Europe’s largest private AI company, BenevolentAI. 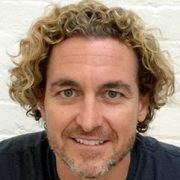 “The [government’s] recent AI Review reported that artificial intelligence could add up to £630bn to the UK economy. Of course, this figure will only be achieved with the country‘s continued commitment to embracing and expanding the role that AI technologies will have when applied to important societal challenges, such as better medicines and clean, inexpensive energy,” said Ken Mulvany, founder of BenevolentAI.

But although the plans are positive, Mulvey suggests more needs to be done to begin taking AI seriously as part of UK industry.

“Today’s Budget contribution to build knowledge and expertise in AI is welcome. However, creating a greater supply of AI skills is only part of the solution. Importantly, continued engagement with government, as well as bold thinking and strategic initiatives will be necessary to put the UK at the very top of the AI league table.

“Hopefully this announcement will be the first of many more commitments that will strengthen the UK’s position as a global AI leader.”

Since its founding in 2013 under the name Stratified Medical, BenevolentAI has become a true UK AI success story. The company became the first European firm to integrate a deep learning supercomputer to assist drug discovery in 2016 and has since gone on to strike deals with several research and pharmaceutical bodies, including the Medical Research Council and Janssen.