Leaders in the field of digital pharmaceutical marketing were recognised for high quality and groundbreaking communications at last night’s PM Society digital awards in London.

More than 400 guests gathered at the ceremony, where Boehringer Ingelheim won Social Media Pharma Company of the Year Award, beating off competition from AbbVie, Bayer, Novartis and Pfizer. 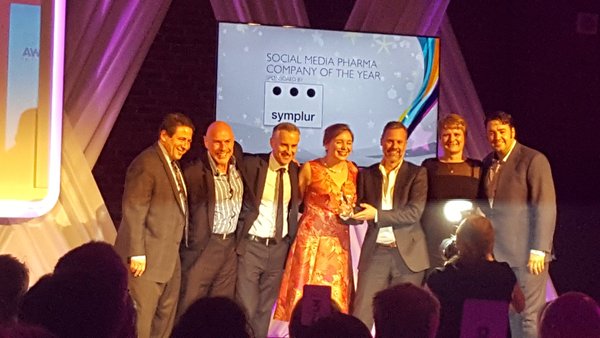 Biogen was the winner of the Innovation prize for its congress stand to help healthcare professionals better understand the pathophysiology of multiple sclerosis. The educational content was projected on and around a real person, live on the stand, using HD projection mapping technology.

This year’s most successful agency was emotive, which took home four awards: three gold awards for best digital solution for Congress or Meeting, best digital HCP programme and best Market Access entry and a Silver Award in the Innovation category.

One of its entries was the highest scoring entry overall, the Virtual Valve project, which impressed judges with its effective use of VR technology to achieve clear educational goals.

Awards were announced by the voice of the Lotto, Alan Dedicoat, and comedian host, Jason Manford.