Reported by CNBC, the exact role for Dr Sumbul Desai is unclear, however, she will take up a senior role as part of Apple’s growing healthcare team. 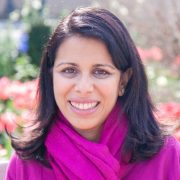 Desai will reportedly continue her role seeing patients at Stanford, where she has been a digital health pioneer.

The most notable of her projects has been ClickWell Care,  a ‘virtual clinic’ telemedicine project. Desai oversaw its focus on improving access to primary care, and within a year, between 55% and 60% of clinic visits were conducted virtually.

Desai has also been responsible for promoting the use of various digital health devices, as well as overseeing projects that involved the Apple Watch.

The app transmits blood glucose readings to an Apple Device before being sent to the patient’s medical record via HealthKit.

Since launching its HealthKit and ResearchKit platforms, Apple has continued to invest in healthcare projects, though it is maintaining its secretive approach to which fields it plans to focus on.

Recent activity hints toward some possible markets, including wearables, augmented reality and diabetes. It is also heavily pushing its Apple Watch as a go-to health device.