Use digital to maximise value of sales meetings 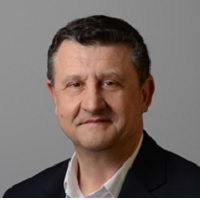 Doctors are becoming increasingly tech-savvy, but still want face-to-face interactions with reps. Think about how technology can be applied to enhance these meetings, rather than deploying tech for tech’s sake, urges Paul Mannu.

Keep taking the tablets (and smartphones, social media and apps)

Even though digital tablets existed prior to the launch of Apple’s iPad in 2010, it was, arguably, this device that created a catalyst for the uptake of digital technology in pharma sales and marketing. Within a couple of years of its launch, sales representatives were increasingly moving away from a reliance on laptops and paper-based sales aids and incorporating the use of a tablet – so much so that according to global survey data1, 74 per cent of all face-to-face (F2F) discussions between doctors and sales representatives now involve the use of a tablet. The survey also revealed that tablets now share an almost equal preference among doctors when it comes to discussion materials used with sales representatives – 46 per cent for tablets compared to 43 per cent for paper-based detail aids.

This needs to be seen in the context of doctors themselves becoming increasingly ‘tech-savvy’, with 77 per cent regularly using their smartphone in the workplace and 33 per cent regularly using a tablet for work-related purposes. This increased reliance upon digital devices has occurred against a background of the meteoric growth in social media sites. For example, the survey revealed that doctors are no strangers to using YouTube or Facebook for work-related matters, with over a third claiming that Twitter and Facebook are likely to influence their prescribing decisions in the future. Add to this the emerging explosion of health-related apps and wearables and it’s no surprise that increasing numbers of larger pharma companies now have dedicated digital departments.

However, balanced against this digital love affair is the revealing finding that face-to-face communications, whether by means of a sales person, conferences or sponsored meetings, remain the preferred, most trusted and most influential means by which a pharma company can convey the benefits of its assets. Against the backdrop of decreasing time that sales representatives have to physically spend with doctors, the formidable challenge faced by the industry is not how to reduce or remove the role of the sales force, but how to develop a multi-channel strategy that combines the advantages offered by digital technology to fully maximise the value offering of the sales force.

The most effective starting point is to recognise that technology, like any other tool, is a means to an end and not an end in itself. This applies as surely to individual devices as it does to dedicated digital resource teams and departments within pharma companies. What matters is how technology/resource is put to use, remembering that this can be done effectively or counter-productively.

Consider the example of the use of tablets for detailing doctors. Ask yourself to what extent a tablet-based detail offers more value than a fancy backlit PDF display? While doctors often claim they prefer the use of such technology because the pharma company comes across as more professional, to what degree are their requirements being better met? Sales representatives themselves often bemoan the fact that the exclusive use of tablets leaves them with little to offer the customer at the end of the visit in terms of a leave-behind – nor does it provide a sound strategy for follow-on calls. Far from being helpful, there is a risk we may shoot ourselves in the foot if we do not make optimal use of the potential technology tablets afford us.

Remembering the value of added value

One way to avoid such problems is to assess any approach from the perspective of the added value that it can bring. So, with respect to tablet use, consider to what extent you are capitalising on the breadth, diversity and connectedness that a tablet can offer in communication. This includes the value of the human component. Should it be assumed that a traditional sales person will make a good ‘edetailer’? Consider telephone web-based detailing, where the sales person has less use of traditional linguistic mechanisms, and it becomes apparent that re-skilling and reframing the key performance indicators (KPIs) for digital interactions is vital.

In the same way, applying the prism of added value to the prolific use of smartphones helps generate the following strategically-helpful questions: How can smartphone use enhance a reason to change behaviour in favour of your brand by being used alongside face-to-face interaction and offering a different angle or service provision? What does a doctor want to know from a sales representative and what does that doctor need close to hand to understand your brand?

One last advantage of adopting a value-add approach is that it allows you to develop strategies that concentrate on the most proactive users of technology, which, in this case, means doctors, who are already acting as ‘virtual salespeople’ in many ways. According to the survey, 42 per cent of doctors are high sharers of information (influencers) and 23 per cent are low-to-medium sharers (engagers), compared to the remaining 35 per cent, who are simply observers of information. Moreover, a strong correlation between the sites shared by the influencers and those read by the observers shows that proactive users have the potential to influence passive users. Understanding what people are sharing gives a genuine indication of what is trending – in other words, what doctors are most interested in, and potentially most need.

Adopting a value-add approach enables pharma companies to identify these key sharers and then to develop strategies to further empower them in their roles as digital KOLs and ‘virtual salespeople’. It forces companies to see their digital resource as an integral part of equipping the sales force along with more traditional strategies and recognises the reality that, despite the ever-growing use of technology, commercial success is still very much reliant on business conducted at a human level.

1 The Digital Health Debate is a report published by Cello Health Insight based on a global survey of doctors across the UK, Germany, France, Italy, Spain, the US, China and Brazil. 1,040 doctors were interviewed with online panel provider M3 Global Research. The full report can be downloaded from www.cellohealthinsight.com.

Paul Mannu is master practitioner, behavioural insights at Cello Health Insight. He can be contacted on pmannu@cellohealth.com