Tunnah’s musings: Where there is research there is hope

Attending the second annual Research and Hope Awards, run by the Pharmaceutical Research and Manufacturers of America (PhRMA) in Washington DC, Paul Tunnah muses this month on some of the great things that can be achieved by truly innovative medical research.

We live in an age where it seems to have become popular to paint a picture of the pharmaceutical industry as the big bad wolf, intent on making money from people’s suffering, while being wrapped up in its own commercial conspiracies to prevent genuine cures reaching the market, for fear of killing the golden goose.

Such media hysteria is, of course, a long way from the reality of the people that those of us ‘on the inside’ know and work with in pharma. Whether they are in early research, sales and marketing, business support or senior management, it is never far from anyone’s mind that the work this industry does has a profound impact on people’s lives.

But sometimes, it is good to be firmly reminded of what the pharma industry is really about – medical research. This message came across loud clear at this year’s Research and Hope Awards, organised by US industry body the Pharmaceutical Research and Manufacturers of America (PhRMA), which I was fortunate to attend, and proud to support, as a media partner with pharmaphorum. 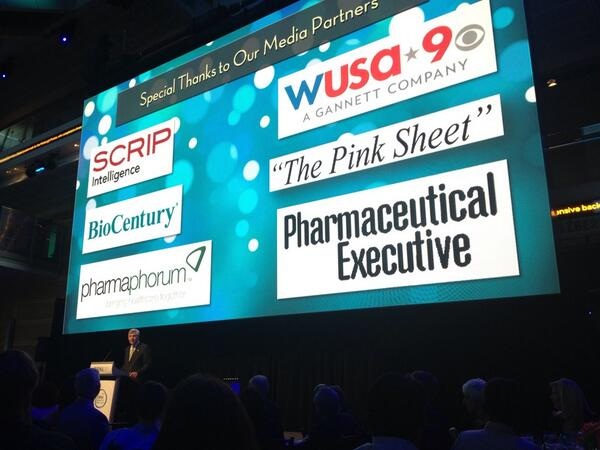 pharmaphorum supports the 2013 Research and Hope Awards as a media partner.

First run last year, the awards are designed to highlight truly ground-breaking and innovative research work, which has an impact way beyond pharma into the broader healthcare ecosystem. Despite being only in its second iteration, it is an event that attracts considerable support from the highest levels, with this year’s attendees including several congressmen, a number of leading pharma CEOs and even a guest appearance by House Minority Leader Nancy Pelosi.

But the real stars of the evening were the researchers awarded for their work. The topic this year was vaccines, recognising the enormous impact successful vaccination programs have made not just on infectious disease management, but also in other areas as therapeutic vaccines for life-threatening diseases such as cancer come to fruition. Vaccines can take the credit for ridding the world of smallpox and are on the verge of doing the same with polio, with almost 300 new vaccines in development hoping to emulate such success.

You can read more about this year’s winners, whom PhRMA CEO John Castellani recognised in saying that they “represented the best in research”, before acknowledging that their “accomplishments are making the world a better place”, in our individual interview pieces:

• Douglas Lowy and John Schiller, from the National Cancer Institute, for Academic or Public Research in Vaccine Development

Guest speaker Dr Tom Frieden, Director of the U.S. Centers for Disease Control and Prevention (CDC), spoke passionately about his experience of vaccines making a real difference to people’s lives, citing 20 years of health disparities being eliminated by the Vaccines for Children Program, in addition to such research having a noticeable impact on the morale of pharmaceutical employees. He provide a good sense of perspective by pointing out that, due to vaccines, the current generation of doctors will never see certain diseases common to their forebears. 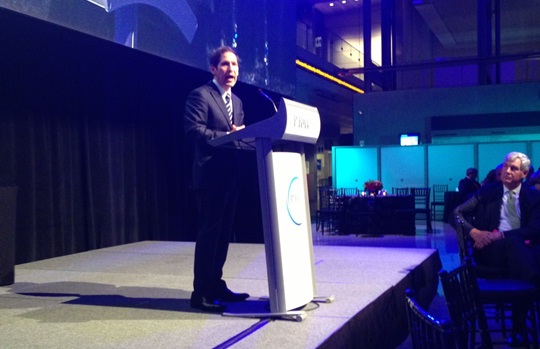 Celgene CEO and current PhRMA Chairman, Robert Hugin, also highlighted what has been accomplished by the industry and its research partners, putting the vaccines achievements in the broader context of what pharma has delivered in its first hundred years, including delivering a cumulative additional 50m life years for US cancer patients since the 1970s.

“The most lethal disease in healthcare is complacency”

But both also highlighted the need to keep striving for more, with Hugin recognising that “medicines are but one tool among many in the fight against disease”, before adding that “we need risk takers”. This intent was reflected by Friedman, who summarised that “the most lethal disease in healthcare is complacency”.

So while the industry may have a number of challenges to deal with right now, where there is innovative research there is hope. Pioneering scientists like this years’ winners are the flag bearers for what is best about medicine – their work is important in helping pharma stride forwards. But it is vital for patients everywhere.

Until next month, remember what pharma research can do for people’s lives, and stay well.

Paul Tunnah is CEO & Founder of pharmaphorum media, which provides digital content marketing and communications solutions for the pharma sector and also manages the industry leading channel www.pharmaphorum.com, a digital podium for communicating thought leadership and innovation within pharma. For queries he can be reached through the site contact form or on Twitter @pharmaphorum.

What has been pharma’s biggest research achievement?