Facing constrained budgets and rising incidence of cancer, Egypt has established a specialist oncology committee and is taking steps towards value-based pricing for drugs. Islam Anan considers the impact of these measures.

Cancer has been a priority of Egypt’s Ministry of Health (MOH) for decades. It is the third most common cause of death in the country after ischaemic heart disease (21 per cent) and stroke (14 per cent), standing at 9 per cent of total mortality1. Some cancer types are ranked globally in the top ten in terms of mortality, such as bladder and liver cancers which are ranked second and third, respectively2.

In recent years the incidence of cancer has increased in Egypt, without a relative increase in the health budget, which has necessitated careful financial management in order to treat as many patients as possible. A gap opened up between Egypt’s standards of care and the wider global evolution in oncology management, especially given the massive use of targeted biological therapy as an add-on to the normal chemotherapy protocols.

Both pharma companies and the MOH began to evaluate new treatments based on pharmacoeconomic modelling. Pharma companies started to include it in their market access departments and then these evolved into separate, standalone HEOR (Health Economics and Outcomes Research) units.

The MOH, meanwhile, formed the Pharmacoeconomics Unit in the Central Administration of Pharmaceutical Affairs (CAPA) to develop, audit and review pharmacoeconomics models, particularly to aid in decisions on new oncology treatments. Although its role is only a consulting one, it has helped support many decisions on medications inclusion, and its role is anticipated to increase with stronger influence on decision making.

Another step forward was the 2013 launch of the ISPOR (International Society for Pharmacoeconomics and Outcomes Research) Egypt Chapter, which prioritised increasing the awareness of value-based pricing and pharmacoeconomic modelling as a tool for decision making.

The most influential of the MOH’s initiatives was the formation of its Oncology Committee, which includes Egypt’s top oncologists and decision makers from both CAPA and MOH to make decisions on whether new oncology treatments should be added to the public formulary. This was a robust step towards budget efficiency and proper value-based assessment. However a somewhat surprising concern that was repeatedly put to the committee was whether it was worth including targeted therapy in the government formulary?

Through the pharmacoeconomics unit at CAPA, many cost effectiveness and cost utility models have been submitted to the committee, helping to support the case for new interventions. It is likely to help improve the treatment of different cancers as well, like breast cancer, which is the most prevalent of all cancer types (18 per cent)3, and liver cancer (10.5 per cent)3. See Figure 1.

The current problem stakeholders are trying to resolve is the insufficient total treatment budget allocated for some therapeutic areas or cancer types, which means even if the new intervention is proved cost effective, it cannot be included in the formulary.

With limited financial resources, pharmacoeconomic techniques will be major influencers in the next era of cancer treatment – as well as other therapeutic areas in due course.

To be effective that requires the establishment of a nucleus for HTA (Health Technology Assessment) with solid SOP (Standard Operating Procedures) for evaluation and inclusion of new interventions, along with generating PRO (Patient Reported Outcome) data that can help provide decision makers with the tools they need, instead of depending on global literature for economic models.

Cost of illness studies need to be undertaken as a basis for budget impact analysis and cost effectiveness studies after that, generating local utility primary market data. Adding local economics evaluation and budget impact studies is essential for building a registration dossier or tender proposal.

Over time, pharmacoeconomics evaluation should help enhance the efficiency of spending and more control of the allocated budget to return the highest possible benefit. 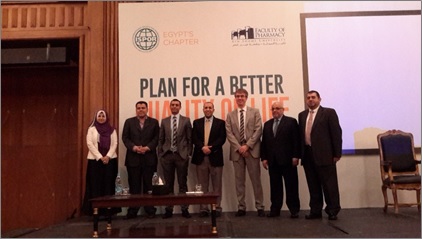 ISPOR Egypt Chapter has organised various activities for healthcare professionals, including this workshop, held in Cairo in April 2014, entitled Plan for a Better Quality of Life: A Pharmacoeconomic Approach.

Dr Islam Anan is the managing director Middle East and Africa at Accsight (Healthcare Integrated Solutions) and lecturer in Pharmacoeconomics and Epidemiology at the Faculty of Pharmacy, The German University in Egypt. Contact him on: Islam.anan@accsight.com