The NHS, new models of care and STPs: what role for pharma?

These are challenging times in the NHS, with reforms and budget restrictions putting the health service under huge strain. So how should the pharmaceutical industry engage with this environment?

A recent Wilmington Healthcare/pharmaphorum roundtable brought together clinicians, pharma leaders and NHS England to discuss whether a strategic partnership is truly achievable.

The NHS in England is unquestionably under great pressure in 2017. Growing demands on its services, staffing shortages and static budgets are creating huge problems. The most obvious signs are seen in more and more trusts missing their waiting time targets for surgery, A&E and cancer referrals, and slipping into financial trouble.

The fundamental causes of this growth in demand are the ageing population, and the complexity of the care needed by these patients – something that the current health service is not set up to meet.

Led by NHS England chief executive Simon Stevens, the Five Year Forward View (FYFV) was launched in October 2014 and contained a bold vision to remodel England’s health service up to 2020 so it can meet these challenges.

Addressing the NHS Confederation conference in June, Stevens said: “As the NHS approaches its 70th birthday, we are now embarked on the biggest national move to integrating care of any major Western country. For patients, this means better joined up services in place of what has often been a fragmented system that passes people from pillar to post.”

A central FYFV goal is to make England’s NHS fit for purpose by introducing new models of care and, at the same time, find £22 billion in savings over this period.

Sustainability and Transformation Partnerships (STPs) have emerged as the dominant new model of care, although there are many others, including 50 Vanguard sites, integrated Primary and Acute Care systems (PACSs) and Multispecialty Community Providers (MCPs).

There are now 44 STPs covering England, and these new regional entities aim to integrate disparate, and often disconnected, primary, secondary and social care services into one health economy.
There is yet another stage in this evolution emerging: the 10 most advanced STP regions are now taking on more power and responsibility as Accountable Care Systems (ACSs).

Re-capping this confusing and fast-changing NHS to the Wilmington Healthcare and pharmaphorum roundtable’s pharma industry audience, Sue Thomas, CEO of Commissioning Excellence at Wilmington Healthcare said it certainly looked like a ‘minefield’ to anyone looking to engage with the health service. 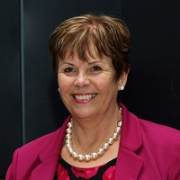 She commented: “Right now it feels like it’s all about the money, but nevertheless pharma should embrace working with the new models of care and integration agenda, because that is the long-term vision.”

Co-presenting Paul Midgley, director of Wilmington Healthcare’s NHS Insight added that despite controversy about STP plans in local areas, there was another good reason to support them: “I haven’t noticed any Plan B,” he said.

This summer saw the plans move rapidly to the next stage of evolution, the unveiling of Accountable Care Systems (ACSs), with eight regions in England leading the way with closer integration and service redesign at greater scale.

However, STPs still don’t have statutory legal status, which means their leaders are drawn from a conglomeration of local Clinical Commissioning Groups (CCGs), other NHS organisations and some non-NHS, independent individuals.

This also means STPs don’t commission care themselves, a structural problem which means there is great variation across the country in how each organisation operates.

Richard Murray, director of policy at leading health think tank the King’s Fund said: “Moving to new models of care is a long-term project. You find almost every country in the world is doing it. But England is doing it an environment where the budgets aren’t going up – so every change has to save money, every new pathway has to save money. That means bringing down your agency staff spending and maintaining A&E performance while transforming care, and that is very hard to do.”

How does pharma engage with this agenda?
The answer is that it is far from clear – either for the NHS organisations or for the pharmaceutical industry. Many pharma companies are willing to engage and work as partners in NHS strategies – but there is also wariness about new initiatives, as they often fizzle out without clear results, only to be replaced by yet another bright idea. 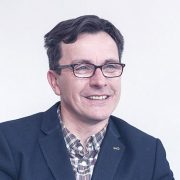 Paul Midgley comments: “These are financially-straitened times for the NHS, but there are also some really good opportunities to improve patients’ outcomes for the long term, not just for the single year budgets which often seems to constrain innovation and transformation.

NHS England’s relentless focus on cost and balancing the books is causing the pharma industry huge concern. The most high-profile example of this is the Budget Impact Test, which allows NHS England to initiate price negotiations with a pharma company if their NICE-approved drug could cost the health service £20 million or more in any of its first three years on the market.

Despite the rancour around this new barrier to market access and other cost-cutting measures, pharma must still engage with the NHS agenda. And those NHS trusts which are struggling the most could also present the industry with opportunities.

“If you have a medicine that is extremely cost-effective, identify those areas in financial recovery, check and see whether they are using your medicine; if they are not you can approach them with a plan to help,” Midgley points out.

The NHS is notoriously short-termist in its approach to commissioning services, with the expectation of budget savings within the financial year timeframe.

But NHS England is attempting to move away from this emphasis, and is allowing STPs to use three-year budget planning cycles.

Another NHS England-led, national initiative is RightCare. This encourages NHS organisations to focus on the longer-term gains in both patient outcomes and financial efficiency.

One strand of this is in medicines optimisation, and therefore seems like a good fit for pharmaceutical companies.

Under RightCare, the NHS is starting to set up longer-term arrangements that could provide opportunities for pharma companies that can provide solutions to budgetary challenges while also meeting the needs of patients. 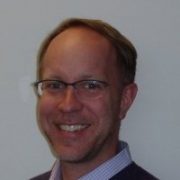 Phil Schwab, director of government affairs at AbbVie says RightCare was identified by his company as the most promising of all the new initiatives with which to engage.

“We have been able to work with physicians and RightCare to identify certain patient pathways that would move people out of hospital and reduce the pressure on hospital-based services.”

But Schwab confirms that the hospital tariff system remains a financial disincentive for acute trusts to save money for the local health economy. This is because while relocating services into a community setting makes life easier for patients and saves money for the system as a whole, the hospital itself loses out because it will no longer receive the funding.

Happily, Schwab says the RightCare leaders have been willing to tackle some of these “differential incentives” which deter hospitals from changing care pathways.

“It’s still early days but there has been more of an open door to discussion and participation from RightCare, which is very welcome.”

Sue Thomas says pharma needed to go into STPs with an open mind: it could well find itself collaborating with stakeholders beyond usual NHS trusts and the local authority. “In one region we worked with the local police force to tackle mental health, as they were taking the lead on that work. The voluntary sector too is heavily involved in some STPs, and some are taking very prominent roles in certain areas.”

She added: “But whichever region and whichever stakeholder you want to work with, you of course have to make sure you have a strong value proposition to offer them.”

Phil Schwab concluded: “Working with STPs is going to be a long process, but it’s worth it.”

He added that there was no one size-fits-all answer to how to engage. “You need to make a product-by-product decision about how you will approach the NHS, and what level of alignment you’ll take. So oncology won’t be the same as in infectious diseases, and a CCG funded disease area may be completely different to an NHS England funded one.”

The Size of the Prize

There are certainly lots of new opportunities emerging for pharma, however. For example, last month NHS England launched a new push for STPs to improve the diagnosis and treatment of atrial fibrillation and blood pressure treatment, called the Size of the Prize.

It estimates that over a three-year period, optimising blood pressure treatment could prevent up to 9,000 heart attacks and 14,000 strokes and save £270 million, while optimising AF treatment could prevent 14,000 strokes and save £240 million. While this initiative is clearly not predicated purely on prescribing newer cardiovascular treatments, it does create big opportunities for long-term partnerships between pharma and the NHS.

Paul Midgley works closely as a patient representative with the STP in Nottinghamshire, which will become one of the ACSs from April 2018. He says the region has laid out its plans very clearly in published documents, allowing any interested pharma company to engage.

“The process is complex, but it’s not unknowable. Of course, you have to understand the plan in every single part of the country. So I guess you need really good people in field based jobs who can track down this information and build those relationships.” 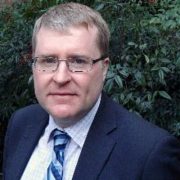 Richard Murray concluded that there was little doubt that integration was the best way forward for a sustainable health and social care system. There are also early signs from vanguards and other new care models suggesting they are having a positive impact.

However, the money is going to get even tighter, because the plan is for virtually no growth in the NHS budget in 2018.

“The clock is ticking. Because at the same time as transforming care, these organisations also have to balance the budget, and that is a very difficult thing to do.”