In this article, current and future health technology trends are evaluated in a Latin American context. The region is found to have the potential growth in the sector, if certain constraints can be overcome.

The majority of health technology news and trends we read and learn about today are heavily centred in the United States and, increasingly, Europe. The recent development of smartphone and mobile device technology has led to the overall improvement of health technology, which in turn is providing a global solution to a global health problem. Media and worldwide attention has recently been moving its focus towards Latin America and Brazil. Whether it is related to Brazil’s World Cup preparations, the economic resilience of the region or the leaps and bounds this continent has come in recent years, health technology is also growing in importance within the Latin America and Brazil.

Astonishingly, by 2020, Frost & Sullivan predict that the population in Latin America will be 665 million with the urban population accounting for 80% of this. With an increase in the 35 years old to 65 years and above demographic markedly increasing, the need for health technology to combat the possible strains on the health system are vital. According to Frost & Sullivan’s analysis, the medical devices market expenditure in Latin America in 2011 was USD$14.07 billion and is expected to rise to USD$24.56 billion in 2015. Interestingly, e-medical expenditure is expected to rise from the USD$909.1 million spent in 2011 to break the USD$1 billion mark by 2015.

“…health technology is also growing in importance within the Latin America and Brazil.”

This move towards health technology could be the end of the reliance on the healthcare system as the population moves towards consumer products such as smartphone personal coaching applications, communication or information services becoming more widely available and accessible and the growth of medical health shops. This would be a change from the preventative services and disease management that is present today. Instead the emphasis on wellness would be greater than that of the healthcare system which would provide complementary and alternative medicines as well as integrated health solutions. 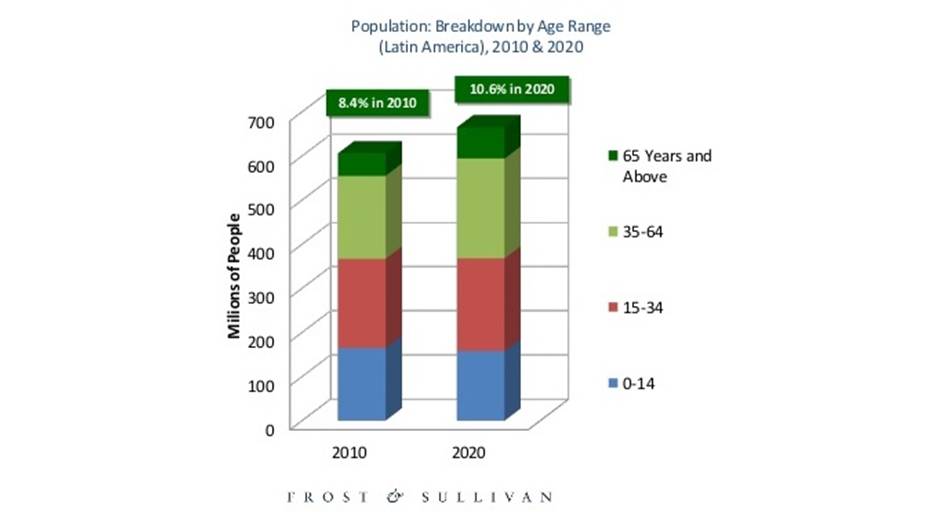 Figure 1: The future ageing population of Latin America and Brazil

The key figures from around the region

There are some key statistics to take note of from around the region. Mexico exported medical equipment and supplies that in 2011 were valued at USD$6.2 billion whilst Brazil’s exports reached USD$555.1 million in 2011. In the same year, exports of medical devices accounted for 3% of Costa Rica’s GDP and represented a significant, USD$1.2 billion which translated to 11.8% of the total exports of goods. The healthcare market is booming in Latin America with Colombia importing USD$799.3 million of medical equipment and supplies, which was low in comparison to Venezuela, which imported a total of USD$1.9 billion in 2012. The governments of Latin America countries are also backing financially the improvement and development of medical services and health technology.

“Mexico exported medical equipment and supplies that in 2011 were valued at USD$6.2 billion whilst Brazil’s exports reached USD$555.1 million in 2011.”

The Peruvian government for example, invested USD$333 million in order to improve Peru’s health establishments. With a growing middle-class and ageing population in Brazil, the government have launched a series of initiatives in order to promote healthcare and IT innovation. This comes alongside the private sector initiatives from the major players in the healthcare industry such as GE Healthcare, Siemens and Philips who have invested over USD$200 million in equipment production figures in the last 2 years.

The Public and Private Sector in Latin America and Brazil

Similar to the development and growth of Latin America and Brazil’s economies, many of the medical device industries are still in their early stages. The private sector still represents the strongest market for health technology manufacturers however; the public sector is expanding in many parts of Latin America. This therefore presents a number of opportunities for health technology suppliers and manufacturers. Brazil is the largest medical device market in Latin America, followed by Mexico, Venezuela, Colombia and Argentina respectively. With many of the medical regulations in Latin America being more relaxed than the US and Europe due to their early stages of development, their regulatory systems also need to be expanded and formed. Apart from Brazil, the majority of countries in Latin America are dependent on health device imports with countries like Chile and Argentina important high-tech devices. For example, diagnostic imaging forms the largest part of the Argentine medical market, followed by other medical devices. In spite of past economic weakness, Argentina looks set for some modest growth over the next five years and Espicom projects that the medical device market will grow considerably between now and 2017. On the other hand, countries such as Venezuela, Mexico and Peru generally import more consumable medical devices rather than the high-tech devices.

Growth of the smaller markets in Latin America and Brazil

Previously smaller markets such as that of Colombia are beginning to become more important actors in the pharmaceutical and medical device industry. Marsol Sanchez, president of the Camara de Proveedores de Salud, stated that the medical device sector in Colombia correlated to approximately USD$1.1 billion, and a 10% per cent growth from last year. Although ninety percent of medical devices in Colombia are imported, the national companies are seeing more success, with some exporting to Central America and other countries in South America. With a high level of healthcare, shown by the recent increase and popularity of healthcare tourism within the country, the medical services are improving in Colombia. Carlos Alberto Florez Gonzalez, the Andean manager of medical device company Medtronic Latin America stated that Colombia is one of Medtronic’s countries that is targeted for solid growth in the future alongside traditionally strong markets such as Western Europe, Japan and the US.

Latin America and Brazil present a diverse range of health technology trends with some countries being in the early stages and others more mature. However, what can be seen throughout the region is the future and potential of health technology development and investment.

Closing thought: What does the future of health technology look like in Latin America?