A potential therapy for rare disease Fragile X syndrome – one of the leading genetic causes of autism – is on its way to testing in clinical trials thanks to UK government funding for developer Sentinel Oncology. Phil Taylor speaks to Sentinel’s CEO about the prospects for this research.

The grant of nearly £1 million was awarded to Cambridge-based Sentinel Oncology as part of the Department of Health’s latest round of funding under Innovate UK’s Biomedical Catalyst (BMC) programme.

The project builds on a discovery by leading neuroscientists and Fragile X researcher Eric Klann of New York University in the US, who has been studying the genetic defect underlying the disease. 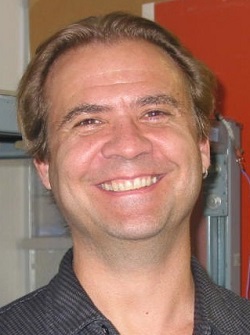 Fragile X affects around 200,000 people who have a defect in the FMRP gene, causing aberrant protein expression in the brain which, in turn, leads to a range of molecular malfunctions. Around 30 per cent of patients with the disorder have a diagnosis of autism, along with other manifestations such as intellectual disability, social anxiety and distinctive physical features such as longer faces.

The specific target under evaluation by Sentinel is S6K1, a kinase linked to FMRP that seems to be increased in Fragile X and drives protein synthesis.

As its name suggests, Sentinel Oncology was founded in 2005 with a focus on cancer, and it has already been the recipient of BMC funding for its Chk1 DNA repair inhibitor in development of pancreatic cancer. It has also been looking at S6k1 in the context of breast cancer treatment.

As the Fragile X project was outside Sentinel’s core focus on oncology, the company needed to raise some additional funds to help take the candidate further forward in development, explained Bob Boyle, Sentinel’s co-founder and chief executive officer. 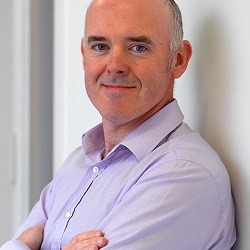 He told pharmaphorum that the BMC funding should allow Sentinel to take its lead candidate through the pre-investigational new drug (IND) stage and potentially into first-in-man studies, while still allowing it to stay focused on its core activities.

“Over the last few months, we’ve developed a drug compound that meets the drug substance criteria we are happy to take forward into development to treat patients,” he said. “The funding will help us take that molecule through the CMC [chemistry, manufacturing and controls] and toxicology etc … through to a clinical trial application.”

If that process goes smoothly, the intention is to go back to Innovate UK to ask for additional funding to support phase II trials.

The scientific rationale for the project is clear, stated Boyle. Targeting S6K1 had a positive effect on ‘knockout’ mice, which were genetically engineered to develop a Fragile X-like syndrome by switching off the FMRP gene, by correcting the aberrant molecular pathway linked to the disease.

In normal cells, the protein coded for by FMRP exerts control on protein synthesis and translation. In Fragile X syndrome, where FMRP is non-functional, protein synthesis runs out of control and in the brain has a myriad of effects, including an imbalance in excitatory and inhibitory neurotransmitter signals.

“We spent 18 months working in collaboration with Klann’s lab and brought the project through proof-of-concept, showing that a small-molecule inhibitor of Shk1 can rescue animals with the disease.

“Until now, the only treatments available for Fragile X patients have, unfortunately, been for the symptoms of the disorder, such as anxiety and depression,” explained Boyle. “There is nothing out there yet for disease modification.”

The hope, which remains speculative, is that, by treating patients early enough, the stabilisation of protein synthesis in the central nervous system will allow their brains to develop along a more normal path, potentially avoiding many of the symptoms that become apparent as the disease takes hold.

The impact of Sentinel’s candidate on the knockout mouse model has been tested with the help of the FRAXA Research Foundation in the US, which sponsors a lot of preclinical work on Fragile X syndrome.

From this research, it seems that treating mice early and for long enough can change their development for the better. At the moment it’s not clear whether that treatment would be lifelong or could be halted once patients’ brains have matured; all of these questions will have to be answered in clinical trials.

A pressing consideration for Sentinel and its academic collaborators will be the identification of a biomarker that can provide a surrogate measure of the efficacy of the drug, to give some clue as to its therapeutic potential before it starts lengthy studies to try to demonstrate a clinical impact in Fragile X patients.

“That will be a big part of the project between now and the start of phase II trials,” Boyle went on.

An important feature of Sentinel’s compound is that it seems to work directly by inhibiting protein translation and elongation, unlike some other projects that looked at downstream targets such as the metabotropic glutamate receptor 5 (mGluR5), which appear to have multiple functions.

Sentinel also believes that the S6k1-targeting drug could have potential in other diseases outside cancer, although for now it is staying tight-lipped about that, other than to say the mechanism seems directly relevant to another rare indication.

“It’s an interesting drug target because it seems to return aberrant protein expression levels to normal levels, without reducing expression across the board,” Boyle continued. “We’re looking at other indications that could also benefit from equilibration of expression levels.”

Boyle noted that BMC funding is massively important to the UK life sciences industry as it allows companies to get early-stage backing ahead of the point at which they would normally be able to raise money, though venture capital.

“It’s very hard to get substantial funding at the preclinical, hit-to-lead stage of development, even if it’s a compelling target and you have some concurring biochemical markers,” he said.

In the case of the Chk1 drug for pancreatic cancer, the BMC funding was crucial to advance the project to the point at which Sentinel could seek a commercial partner, while the Fragile X drug would probably have languished at the planning stage without the cash injection.

“It can help companies get to the stage where they can access equity or debt finance or collaborations,” ended Boyle.

Phil Taylor is a freelance writer and journalist covering health, science and technology.